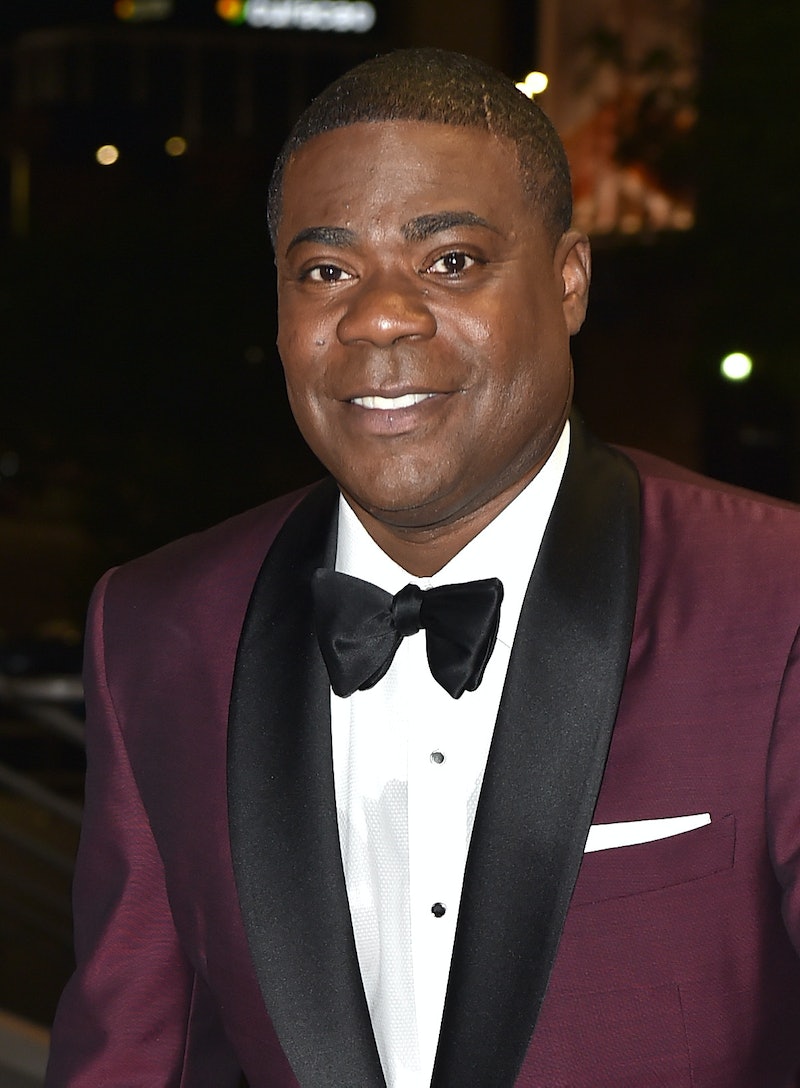 It is almost time for Saturday Night Live Season 41 to premiere, and I'm even more excited than usual. Don't get me wrong, I'm always psyched to have a solid excuse to spend Saturday night in sweatpants eating Chinese takeout. (Yes, I know I could TiVo SNL and watch it the next day — but the point is to watch it live, guys). However, anytime an election is on the horizon... well, we all know the show cannot be missed. And let's just say there's no shortage of material during this particular election cycle — frankly, I don't know how they're going to fit it all in. Another reason to get excited is because the announced Saturday Night Live hosts this season are not only hilarious, but notoriously unpredictable so we can expect some fun surprises.

Although NBC has so far only announced the hosts for the first three episodes, their selections bode well for the rest of the season. And, while I (im)patiently wait to hear the rest of the lineup, I've come up with a few suggestions for Lorne Michaels — since I'm sure he is dying for my input. But, let's start with the confirmed hosts who will be gracing our TV screens over the next month:

In the premiere episode on Oct. 3, Cyrus will act as both host and musical guest. This is her third appearance on Saturday Night Live, and I hope NBC has additional censors standing by on October 3rd, because we all know what happens when Cyrus is given free reign. (But, who am I kidding? I can't wait to see what crazy stunts she pulls.)

Schumer will make her Saturday Night Live debut on Oct. 10, and we can count on a killer monologue from this amazing stand-up comedian. Plus, her Emmy-winning show Inside Amy Schumer has shown that she excels in comedic sketches as well, so this entire episode is one to get super excited about.

Earlier this month, we got the best surprise ever at the Emmy Awards — Tracy Morgan made his first public appearance since his tragic car crash in June 2014 that left him in critical condition. And, now, we have a second appearance to look forward to. Morgan, who was an SNL cast member for seven seasons, will host the show on Oct. 17. The last time he hosted was in 2009 and he reprised his iconic roles as Brian Fellow and Astronaut Jones. I really, really hope there's a Brian Fellow skit in this episode — but frankly, I'm just ecstatic to see Morgan doing well in his recovery and getting back to the career he loves.

So, Who Else Should Host This Season?

NBC has left us hanging, but I don't hate speculating — so here are some friendly suggestions for the showrunners at Saturday Night Live:

J. Law has a killer sense of humor and Mockingjay — Part 2 is one of the most anticipated movie releases of the season. She'll undoubtedly be making the press rounds in November, so surely the beloved Oscar winner can squeeze Saturday Night Live into her schedule. Lawrence hosted in 2013 to plug Catching Fire, and she hilariously crashed her co-star Woody Harrelson's appearance last year. Liam Hemsworth and Josh Hutcherson joined her, and they are more than welcome to show up on Saturday Night Live anytime this season.

The X-Files reboot can't come fast enough, and you know what would make Mulder's return to the small screen even better? A Saturday Night Live hosting gig, of course. Duchovny hasn't hosted since 1998, so he's long overdue for an appearance.

When Season 5 of Veep premieres in the spring, Louis-Dreyfus would be the perfect host. She began her career as a cast member on Saturday Night Live in the early 1980s, and has returned as a host twice in 2006 and 2007. By the time Veep hits the air, 2016 election madness will be in full swing, and who better to host Saturday Night Live than everyone's favorite fictional VP-turned-President?

It's hard to believe that Wahlberg has never hosted Saturday Night Live — although he did make a cameo appearance in 2008. His next film, Daddy's Home, is a comedy that will release on Christmas Day. So, how about a hosting gig for Wahlberg this holiday season? It's long overdue, and he's proven that he can excel in the comedy genre — just look at his hilarious roles in Entourage, the Ted films, and Date Night.

Unbreakable Kimmy Schmidt Season 2 can't hit Netflix fast enough — and when it does, I think Kemper should make her Saturday Night Live debut. Kimmy Schmidt has been an amazing breakout role for her, and I'd love to see her try her hand at sketch comedy.

Saturday Night Live already has three amazing hosts lined up, and I can't wait to see who else Season 41 has in store.