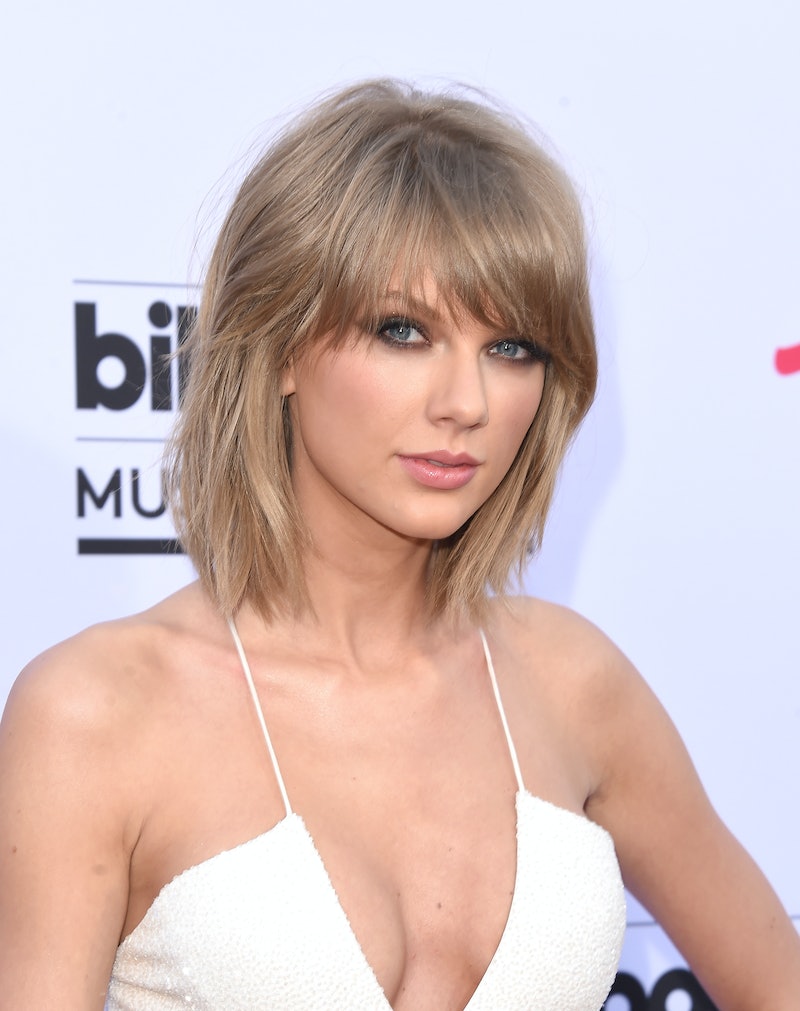 Well, it's official: Taylor Swift is an actual angel who walks among us on this earth. It's pretty much common knowledge by now that Swift is a giver to many causes, but her latest donation might just be one of her sweetest. This week, Swift donated $50,000 to help her backup dancer's baby nephew fight cancer, even though the goal was only $20k. How amazing is that?! From what I can gather from the family's GoFundMe page, Swift's dancer, Kim "Toshi" Davidson, told Swift that his family was dealing with a medical crisis, and she immediately stepped up to the plate to help out. Swift definitely isn't a stranger to giving (especially to children), and this is just another awesome example of her generosity — and her love for the dancers and crew who work with her to make her 1989 tour possible.

Davidson's nephew, Ayden, is 13 months old and was diagnosed with cancer recently after doctors found fluid in his lungs. According to the GoFundMe page, since Ayden has spent the past two weeks in the ICU, his mom, Lindsey, lost her job, which means this family is officially having the worst month ever. Fortunately, Swift was quick to come to the rescue with more cash than they were originally asking for, and it's obvious that the $50k donation will go a long way toward Ayden's medical bills.

"Baby Ayden, I'm lucky enough to perform with your Uncle Toshi on tour," Swift wrote. "All of us are praying for you and your mama and sending so much love your way. Love, Taylor."

So adorable — and not the first time Swift has treated her dancers like family. If you were a fan of Swift in the Speak Now era, you probably know that Swift was super close to Claire Callaway, one of her dancers, and her daughter, Lulu, who is way too cute for words.

And before the 1989 tour kicked off, Swift also tweeted out a video of one of her dancers tearfully telling his mom that he got the job and would be hitting the road with her. How precious!

It's awesome to know that Swift takes such good care of the people she works with — and their families. Now Ayden's mom will be able to focus on being with her little one while he gets treatment without stressing about the bills, and that's an awesome gift.

More like this
Taylor Swift Is "Spiraling" After Releasing "This Love (Taylor's Version)"
By Jake Viswanath
Is Megan Fox Pregnant? MGK Gave A Shout-Out To Their “Unborn Child” Onstage
By Hugh McIntyre
Twitter Is Upset About The 'American Idol' Top 3 Results: "Who TF Is Voting?"
By Jake Viswanath
Stormi Just Walked A Red Carpet With Mommy Kylie Jenner & Daddy Travis Scott
By Hugh McIntyre
Get Even More From Bustle — Sign Up For The Newsletter