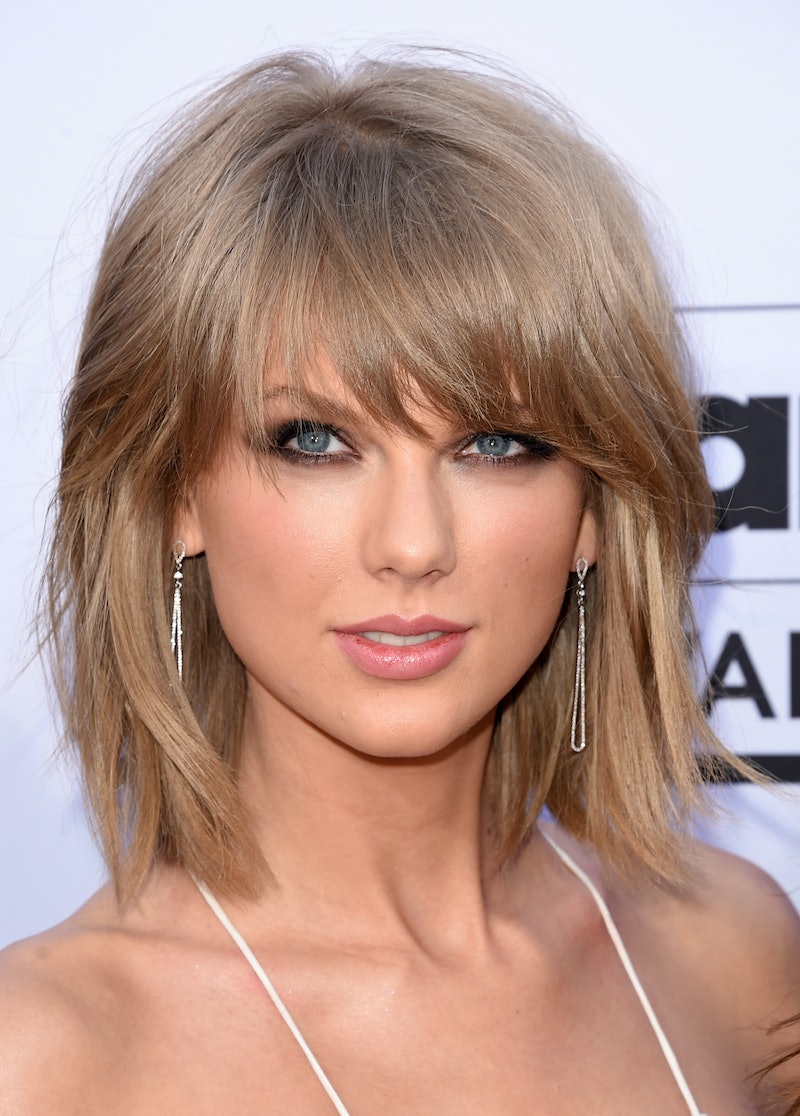 In December 2014, DoSomething.org named Taylor Swift the most charitable celebrity in the world. Along with the various foundations and charities she supports, including Broadway Cares and Equity Fights AIDS, Swift is famous for giving directly to her fans, and to people who need the funds the most. So how much money has Taylor Swift donated in 2015 so far? The number is staggering, and it's only July.

Swift has donated over $100,000 to fans, children, and families in need in 2015. And that's only what we know about. On Tuesday, July 8, the 25-year-old donated $50,000 to an 11-year-old fan battling Acute Myeloid Leukemia. The young fan, Naomi, made "Bad Blood" her own personal fight song against cancer, and Swift was so touched by her story that she made a huge gift to Naomi's GoFundMe page.

Naomi's parents had bought their daughter tickets to see Swift in concert as a Christmas gift, and she was devastated that her circumstances were going to keep her from seeing her idol ... that is, until she got a personal message from Swift. The pop megastar wrote, "To the beautiful and brave Naomi, I'm sorry you have to miss it, but there will always be more concerts. Let's focus on getting you feeling better. I'm sending the biggest hugs to you and your family." If that doesn't bring a tear to your eye, the young girl's reaction certainly will:

Along with Swift's huge donations, her celebrity brings much awareness to the causes and charities she supports. Naomi's page has received dozens of anonymous donations since Swift posted on it. Not only is the financial burden alleviated for Naomi's family, but their daughter's spirits have been lifted during an incredibly difficult time. It's just another example of how Taylor Swift loves her fans more than any other celebrity.

The 1989 singer's latest donation is her fourth major gift so far this year. In February, she gave $50,000 to NYC public schools, making good on a promise she made to give them the proceeds of her single "Welcome to New York." She also gave $1,989 to a fan who was struggling to pay off her student loans, and in June, donated $15,000 to the family of Texas firefighter Aaron VanRiper after they were seriously injured in a car accident. It's only July, and Swift is already well on her way to being the year's most charitable celeb.

What's most inspiring about Swift's gifts are that they truly come from the heart. She values her fans. She proved that last year by sending and delivering personal holiday gifts to her most loyal Swiftians. She's more than a pop star who loves pool parties and selfies — she's a true philanthropist who uses her status for good.

Take a look at the video that inspired Swift to help change someone's life: