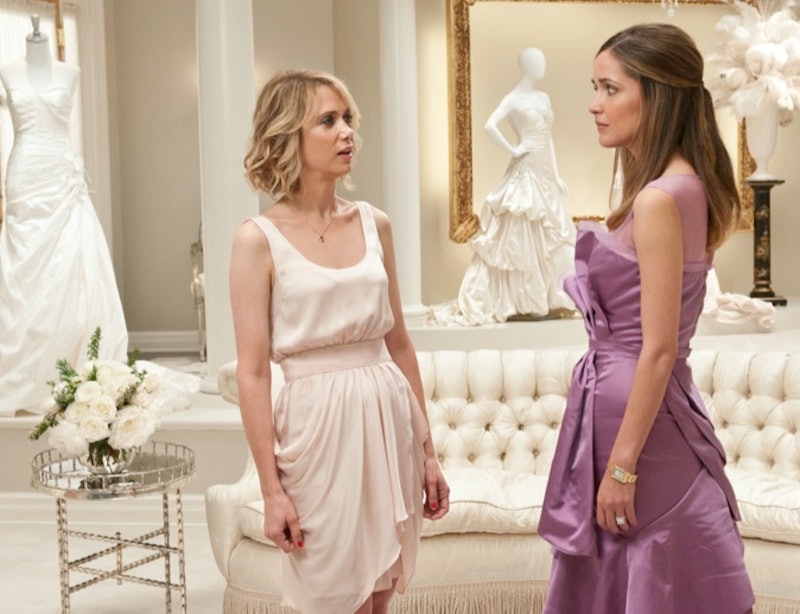 As you have probably already learned in your own life, even the most loyal, dedicated friends fight sometimes. If you're close friends with someone for more than a minute, it's not uncommon to find yourselves involved in a fight about something as stupid as who gets to pick where you're eating, or something as serious as respecting personal boundaries. In fact, long-term friendships are not unlike long-term relationships when it comes to arguments and confrontations; but while partners tend to come and go, friends are usually more permanent fixtures in our lives. And according to a study conducted by the University of Copenhagen, fighting with your friends excessively can actually increase your risk of mortality by two to three times. Because of this, it's incredibly important to be aware of what happens to your body when you fight with a friend.

Of course, I'm not suggesting you avoid all confrontation with your friends, because that's unhealthy, too. However, while any lasting friendship is bound to experience a few rough patches — fighting with a friend is stressful and the effects of stress on the body are no joke.

And the stress of fighting with friends takes a toll on our bodies, so if you have a friend you're almost always at odds with, it may be time to re-evaluate that friendship. Check out these five things that happen to your body when you fight with a friend, and then try to figure out if your next spat over who called the final slice of pizza is actually worth it.

A common reaction to stress is clenching your teeth. In times of great stress, it's not unusual to clench your teeth forcefully without even realizing what you're doing, until you've been doing it for a while. So if you're in a heated fight with a friend (or your S.O. for that matter), the stress of the situation is probably going to push you to clench your teeth, and unfortunately, most of the muscles from your neck up will follow suit — potentially leading to sore muscles later.

2. Your Brain's "Fight Or Flight" Response Is Triggered

Although this automatic reaction can literally save your life in times of danger, when it's not being used to keep us alive, the "fight or flight" response can actually be pretty bad for our bodies — because once this response has been triggered, even if you've stopped arguing, you can't stop your adrenal glands from releasing a dose of cortisol into your body. This happens because a part of your brain called the amygdala activates during an argument. This is the same part of your brain that's responsible for protecting you from predators by triggering your "fight or flight" response.

Cortisol is necessary in our bodies, of course, but too much of it can increase your blood sugar to unhealthy levels.

Again, "fight or flight" and cortisol are very much to blame here, but so is your ability to manage your anger. When you fight with a friend, you get angry, and when you get angry, your blood pressure rises. Anger causes stress hormones to course through your body; it also speeds up your heart rate and your breathing, and causes your blood vessels to tighten. And even worse, if you get angry too frequently, your body's response to that anger can damage the walls of your arteries, too. So the next time you're in an angry fight with a friend, think about what it could be doing to your body, and consider resuming your conversation after you've had a chance to chill out.

4. Your Immune System Takes A Hit

Good, supportive friendships can actually boost your immune system, and one little spat probably won't make you more susceptible to illness. However, all those stress hormones we've been talking about will eventually suppress your immune system if they're consistently being released into your body. So if you're stressed out constantly from fighting with a friend (or anything else), and both the stress and the fight lasts for weeks, then your immune system may well suffer.

5. Your Chest Starts To Hurt & Your Breathing Speeds Up

If your friend-feud leads to intense anger, it's going to feel like your chest is tightening up, and it's going to hurt. If your fight gets you mad enough, your breathing will become more rapid — and if you're not careful, it could become fast enough to trigger a hyperventilation response. When this happens, take as many deep breaths as you can, because deep breathing reverses our "fight or flight" response and all the other nasty, stressful side effects that accompany fighting with a friend.

One fight with a friend won't endanger your health, of course, and a necessary fight will probably feel worth any stress that you experience. But if you get into a lot of unnecessary spats with friends about small things, consider trying to take it a little easier — if not for the sake of your friendship, then at least for the sake of your body.

More like this
15 Ways To Tell Someone Was Just Talking Behind Your Back
By Carolyn Steber
An Honest Review Of The TikTok-Famous WalkingPad
By Kaitlyn Wylde
How To Protect Your Digital Privacy If You Need An Abortion Post Roe v. Wade
By Kaitlyn Wylde
5 Crystals To Lower Your Anxiety
By Megan McCarty
Get Even More From Bustle — Sign Up For The Newsletter