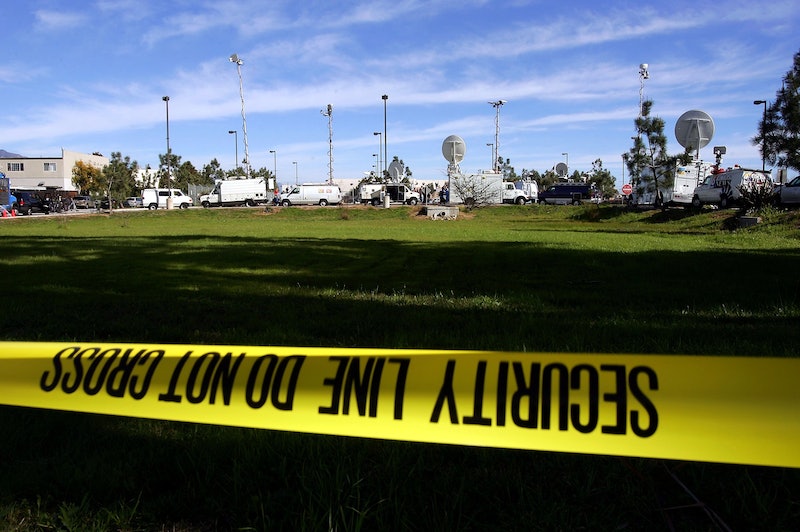 Details are still unfolding on the shooting at Umpqua Community College in Roseburg, Ore. This is the 116th shooting on a school campus in the United States since 2010. Stanford University Libraries has compiled a database of all mass shootings in the last five decades. The largest percentage have taken place at colleges or universities, nearly 16 percent.

Counting today's shooting, 11 of the 26 school shootings resulting in injuries in 2015 have been at places of higher learning. Four fatalities at universities had been reported this year, a number set to increase by as many as 10 from the shooting in Roseburg. Preliminary reports pointed to a number as high as 15 but have since been adjusted. Thursday's shooting may be the deadliest on a college campus since the Virginia Tech massacre in 2007, when 33 were killed and 25 were injured.

After the Virginia Tech shooting, the FBI issued a report in April 2010 to prevent such attacks. Looking at who the killers were and who they harmed, the methods of attack, and the location of the shooting, the FBI proposed risk mitigation strategies that included assessing any individual who causes disruptions on or off campus. The report says assessment teams have the difficult task of not only assessing individuals but deciding what suicidal or threatening behaviors are signs of a larger violent act, all in an environment of academic freedom, creative expression, and student privacy.

Just this August, survivors and families of the Virginia Tech massacre announced a group that intends to make universities safer. It uses surveys that universities can employ as a self-assessment tool to see if they are ready for such an event. The surveys focus on hazing, sexual assault, alcohol abuse, and improving emergency notifications. Schools are encouraged to send notifications by text and email in addition to traditional methods.

Shootings on college campuses have influenced debates on concealed carry laws across the country. A Texas law permitting concealed carry license holders into public university buildings will take effect in August 2016. A public forum at the University of Texas, Austin, drew impassioned criticism Wednesday evening. Florida State and House committees on criminal justice passed a similar bill in September for those 21 and older. The bill will have to pass several more committees before reaching the general legislative session.