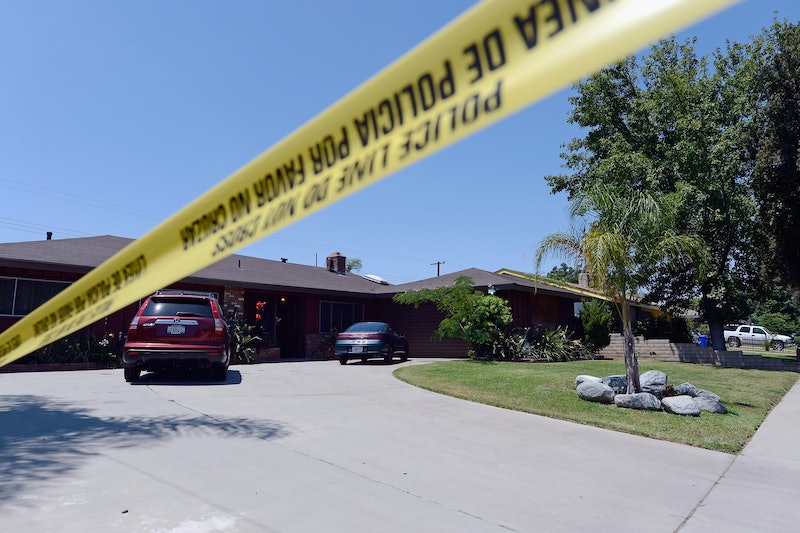 On Thursday, Oregon governor Kate Brown spoke about the Umpqua Community College shooting, which left an estimated 13 people dead earlier that morning. Earlier, Douglas County sheriff John Hanlin told press, "It's been a terrible day," and noted that the gunman was killed during gunfire with officials following the shooting. When Brown took the stage, she said, "Facts are still emerging. We know now there were casualties and confirmed injuries. Our top priority in the medical treatment for victims and the security of the campus."

Brown spoke only briefly, citing her immediate trip to Roseburg, Ore., where the shooting took place.

Of the shooter, Brown confirmed that he was dead, and noted, "He is a 20-year-old male."

Brown was deliberately short on facts, given that so little has been confirmed at present. The shooter has not been identified, although rumors continue to swarm that he had posted on social media prior to the attack. The death and injury toll have also been subject to change in the hours since the shooting, but Oregon attorney general Ellen Rosenblum said before Brown's conference that 13 people had been killed and roughly 20 injured.