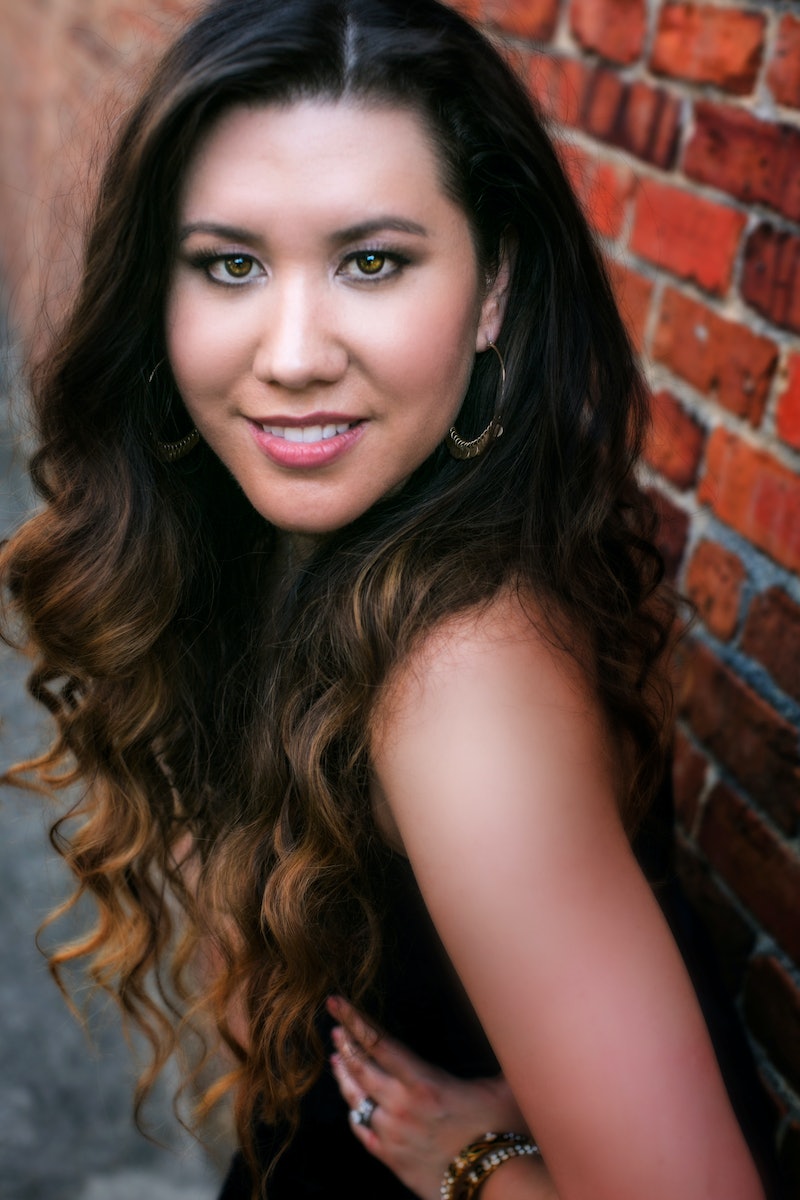 Scheherazade is the greatest storyteller of all time, but Renee Ahdieh gave her a run for the crown with her sumptuous One Thousand and One Nights re-telling The Wrath and the Dawn this year. Because there are still, oh approximately, 995 Arabic folk stories left to tell from Arabian Nights (and because we readers practically begged her to), Ahdieh will publish her The Wrath and the Dawn sequel The Rose and the Dagger May 3, 2016. We have to get through a long winter before we can read it, but here's something to tide you over: Bustle has the exclusive The Rose and the Dagger cover reveal. And remember how luxuriously beautiful Book One's cover is? You won't be disappointed with this new one, either.

Ahdieh's The Wrath and the Dawn took the frame story from One Thousand and One Nights, commonly referred to in the United States as Arabian Nights, and explored deeper into Scheherazade's world. As the ancient stories go, Scheherazade volunteered as tribute to be a murderous king's wife, to save her sister's life. Before her, the king had killed each of his hundreds of wives the dawn after they were wed. But Scheherazade, knowing this, captivates the king by spinning stories and always ending on a cliffhanger so he wants more. And so, she keeps herself alive for 1,001 nights.

In The Wrath and the Dawn, Ahdieh subs in teenage Shahrzad for the iconic storyteller, and her monstrous new husband is Khalid, the Caliph of Khorasan. The story is similar, but she volunteers to marry Khalid after he kills her best friend, and she's hellbent on revenge. Except, Ahdieh surprises us. Rather than giving us a simple revenge, good versus evil tale, she gives Khalid a heart, buried deep inside, and a reason for his past. And Shahrzad starts to fall for him. It's a game-changer for the centuries-old collection of tales.

The Rose & the Dagger picks up where we left off, with Shahrzad's confusing feelings driving a wedge between her and her family — and especially between her and her childhood love Tariq. Her driving force of revenge against Khalid is waning now that she knows him, but that is definitely not stopping her family and the rest of his enemies from attempting to destroy him. Things get even more interesting when Shahrzad, with the help of a tattered old carpet (which should ring some Aladdin-lovers' bells), starts to discover that magical powers live deep inside her.

The Rose and the Dagger's cover echoes The Wrath and the Dawn, with some noticeable changes that may hint at changes in Shahrzad herself:

Basically, it's perfect. The Rose and the Dagger's cover uses the same innovative "window" styling of The Wrath and the Dawn, so we can see Shahrzad peeking through. And boy, does she look like a powerful woman on a mission. (Not to mention the gorg dress.) And now, unlike the darkness in book one, Shahrzad has stepped out into the light of dawn — like no other of the Khalid's other wives have done. Ahdieh knows that her heroine can not just spin tales, but be the star in her own new epic stories.