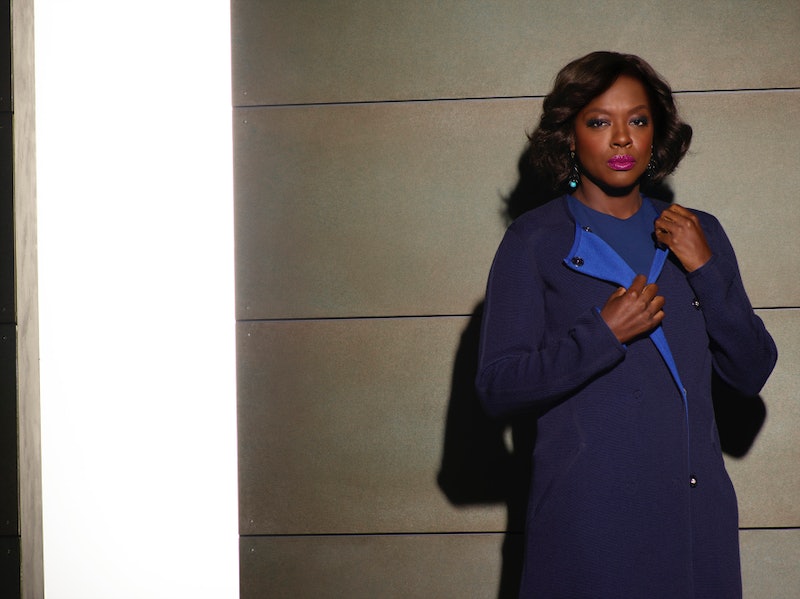 So, I've got a question: Where the fresh hell is Annalise Keating in that pesky flash forward during How to Get Away with Murder ? Seriously. Why is she laying in some random mansion dying while Laurel, Michaela, Wes are outside trying to run away? Well, the house where Annalise gets shot on HTGAWM might not be as random as it seems. In fact, the underlying mystery of the season — Catherine and Caleb Hapstall killing their parents — might be the connection we're looking for. In fact, they could even be the ones responsible for Annalise getting shot. Maybe I'm reaching there, but you never know.

The mansion that Annalise appears to be dying is seems to be the house of Catherine and Caleb Hapstall. In the past, the underlying mysteries throughout the season have ended after each episode. That's what I thought was happening with the siblings, but then they appeared in Episode 2 and I realized these two probable killers aren't going anywhere.

If not the Hapstall house, I suppose Annalise could be in another mansion/castle. Maybe it's the "Blank Space" castle in Long Island. Yeah, maybe Annalise and the Keating 5 are huge Taylor Swift fans and wanted to visit the filming location. Then Annalise goes and gets shot and ruins the tour and Connor is all like, "This is all your fault."

Come on, Annalise. Can't we just pay our respects to the library where Taylor Swift and her hot music video boyfriend scootered around? Jeez.

Realistically, it's probably the former option of being the Hapstall sibling house. But, how are they involved? From a case that seemed like it would last an episode, the two month flash forward suggests that they are much more involved than it originally seemed. Those crazy siblings, Annalise and I see right through your act.

More like this
Everything To Remember From 'Stranger Things 3' Before Watching The New Season
By Gretchen Smail
What Makes A Sally Rooney Sex Scene So Hot?
By Samantha Leach
The New Monster In 'Stranger Things 4' Might Be The Creepiest One Yet
By Gretchen Smail
The Grey's Anatomy Season 18 Finale Finally Revealed If Japril Got Back Together
By Brad Witter
Get Even More From Bustle — Sign Up For The Newsletter