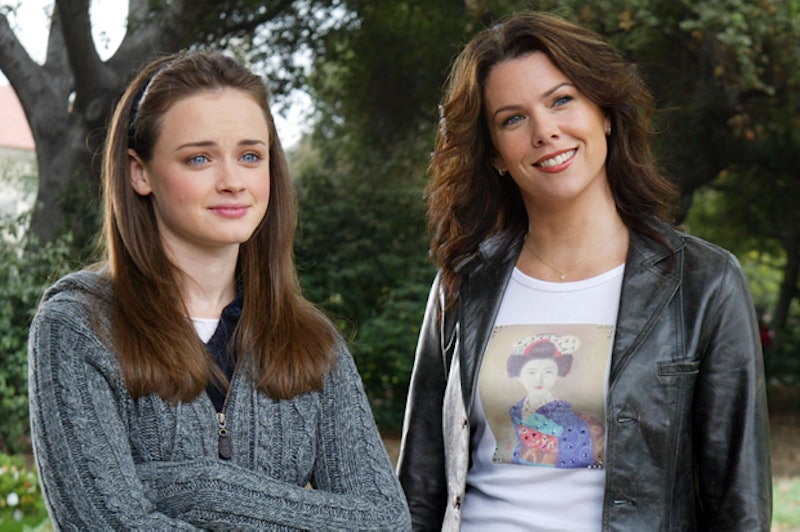 October 5 marks a very special day in history. Fifteen years ago today, Lorelai and Rory Gilmore entered our lives, and nothing was the same. The very first episode of Gilmore Girls aired in 2000, and today, fans are celebrating 15 years of reruns, marathon viewing sessions, and just a bit of obsession. The citizens of Stars Hollow are more like family members than fictional characters to diehards. These fans might even fall asleep watching the show, and perpetually hear “Where You Lead” in their dreams. Regardless, the 15 jokes here are only for those fans who truly understand Gilmore Girls.

One year ago, the show landed on Netflix, vastly improving the lives of super fans. From that moment, we didn't have to get up to switch the discs anymore. It was pretty much the best gift that could have ever appeared on our screens. So how many times have you watched the series in the year since? If you're a diehard, it might be more than once, and you’re probably not even ashamed to admit it. With the anniversary underway, you can go home tonight and celebrate the anniversary by watching the show, even though you were probably already going to do that anyways.

Sit back, grab a cup of coffee, and enjoy these 15 jokes in honor of 15 years with the Gilmore Girls.

Jess was hard-pressed to admit that a swan led to his black eye. Who could blame him, though?

Lane taught us where the one place you should hide all your belongings. Floorboards will never fail you.

Pretty much what you say when you want a change in conversation. It works every time. Mainly because no one knows what you’re talking about.

Something you say when a guy you’re dating is being needy or clingy, or straight-up does something annoying.

Coffee is a sacred thing that is needed at all hours of the day. If you’ve ever seen even one episode of Gilmore Girls, you would understand this.

It’s what happens when you’re sad and mad all at the same time. It happens to the best of us.

While the rest of the world might hear the name and immediately think about the person, a true Gilmore Girls fan would assume that you’re talking about the dog Paul Anka. Dog Paul Anka is way better than person Paul Anka.

Of literally anything. Sometimes, right as you’re doing something you know you shouldn’t do, you think to yourself that Mrs. Kim would never approve of this.

The affirmation you repeat when cats keep showing up on your doorstep.

10. The Special Art Of Eating

“People don’t realize, but it takes years of training to be able to eat the way we do.” Lorelai and Rory Gilmore know how to eat, and they're better at it than you are.

The mother of all insults. Talking to you, Logan Huntzberger.

12. The Wrath Of Paris Geller

Gilmore Girls fans know that this is the one thing in life that you do not want to mess with. Let her have her damn arts and crafts table in the dorm or whatever else she wants, because the wrath of Paris is a scary thing.

14. The Importance Of When To Talk In Movies

You can’t talk during the parts you talked through last time because you haven’t seen them in awhile. Poor Max, he didn’t stand a chance.

You just started singing, didn’t you?