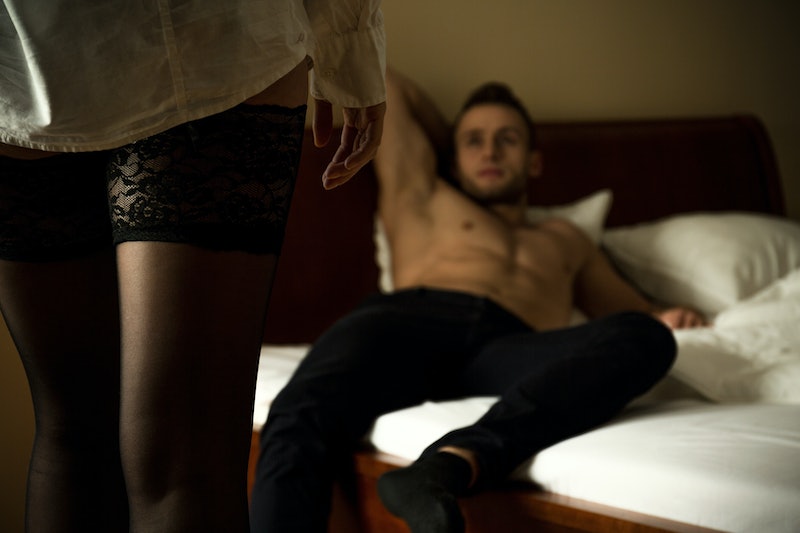 1. Taboos Should Be Challenged

2. It Will Give You And Your Partner A Deeper Understanding Of Your Bodies

When sex is external to your body, it can be easier to do when you have a headache or you’re not quite in the mood. A lot of men discover than when sex is about catching rather than pitching, their mood, their emotions, and their connection to a partner can often have a bigger influence on what they want to do and how it feels.

No matter what role play you like to enjoy in the bedroom, you can never go wrong with reversing those roles. If you're usually the submissive, then take the dominate role while your partner becomes the sub. A great way to reverse those role is to be the one who does the penetrating. Not only are you learning about how each of you experience sex from an emotional standpoint, as Glickman wrote, but in reversing roles, you can get to see what it's like on a physical level, too.

Just as women have a G-spot, so do men. But to get to a man’s G-spot, you need to go in through the anus and stimulate it from there. According to a study from just this past summer by LELO sex toys, 71 percent of straight men have tried some sort of prostate massage, and even more women, at 80 percent, would love to massage their partner’s prostate.

5. You've Never Tried It Before