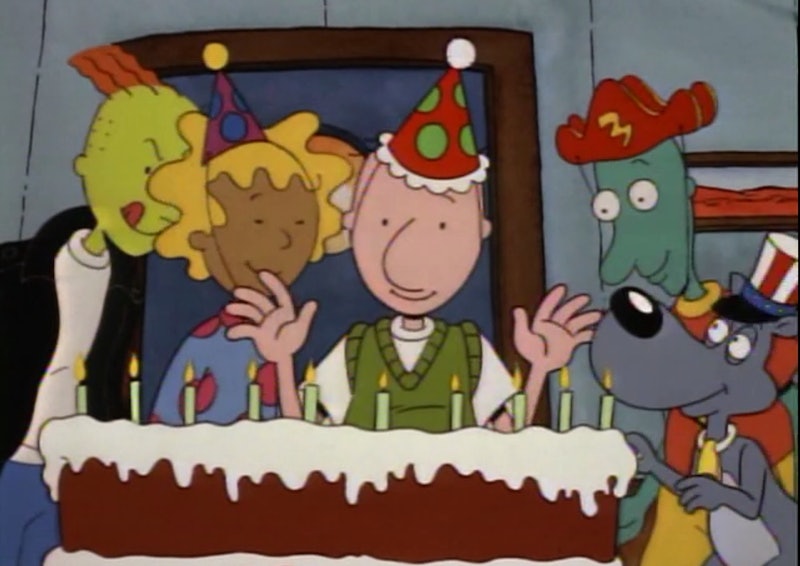 The '90s nostalgia gods have smiled upon us, kids. We are being given a gift, and that gift is The Splat on TeenNick, an entire block on TV that finally showcases all of our favorite kid's shows from what I believe was Nickelodeon's best era. The Splat will be used as a vehicle to make all of our '90s dreams come true. Of course, because it is now 2015 and there are so many more ways to watch TV, I had to wonder, where can you stream The Splat?

Nowadays, fewer and fewer people have a full cable subscription, and even those who do often aren't planning their schedules around TV, so they're prone to miss even their favorite series. Unfortunately, while The Splat is an amazing idea, its nightly lineup cannot be streamed yet, and there haven't been any announcements about whether that will eventually become an option. That means that without a cable subscription that includes TeenNick, there isn't a way to watch The Splat. But don't give up hope yet.

Just because you can't stream The Splat specifically doesn't mean you can't watch the Nickelodeon classics it's bringing back online. In fact, most of the series are available in various places across the Internet, and I've put together a guide of where to find them. Here's how you can join in on The Splat fun without switching up your TV situation.

Amazon Instant offers all seasons of the following shows, each at about $1.99 per episode:

The Angry Beavers $6.99 per season

Salute Your Shorts $1.99 per episode

The Wild Thornberrys $6.99 per season

Clarissa Explains It All $6.99 per season

With a subscription to Hulu for about $7.99 a month, you can steam any of these shows:

Clarissa Explains It All

iTunes offers these shows for $1.99 per episode or you can buy the whole seasons for varied prices.

Salute Your Shorts $1.99 per episode

Legends Of The Hidden Temple $9.99 per season