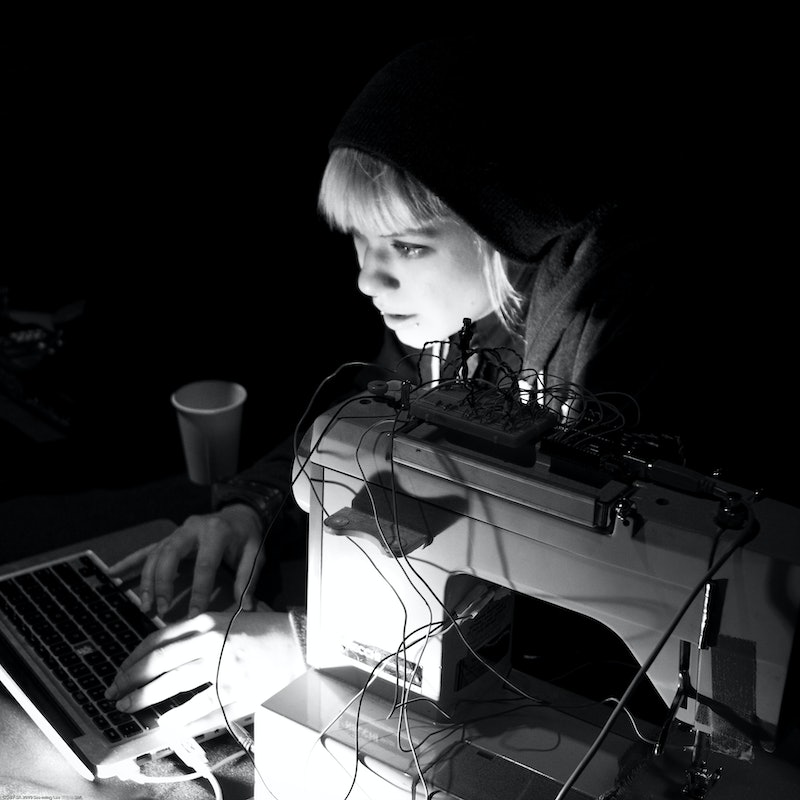 In a recent piece for TIME, University of Toronto engineering professor Jennifer Drake details why "You must be super smart" is far from helpful for women working in male-dominated STEM fields to hear — and, indeed, this is just one of many things you shouldn't say to women in STEM. Precisely why these comments are unhelpful can vary depending on what's being said, but in almost all cases, they undermine or undercut women, even if you don't think they do. So let's all just... not, shall we?

In her TIME piece, Drake explains why hearing "You must be super smart" from a female peer as an undergraduate stressed her out so much:

As I think back to this encounter, there are two aspects that stay with me. First was the surprised, skeptical tone of the other student’s voice that conveyed it was surprising and unusual (or, to put it more crudely, freakish) that I was in engineering. Second was the attitude that since I was in engineering, this could be explained only if there was something exceptional or outstanding (or, once again, freakish) about me.

Being taught that they don't belong in STEM professions or academic programs can make women anxious in those settings, Drake argues, suggesting this as a potential reason why women experience more anxiety than men during medical school as well as more depression while working in science and tech. Perhaps this sense of discomfort could also help explain why women still make up only 12 percent of the engineering workforce and 23 percent of the computing workforce in the United States. Hearing that you must be "super smart" to study a certain subject can also lead women to believe they are unqualified; one study showed that the more innate intelligence a field supposedly requires, the fewer women are in it.

Most women who have studied or worked in science, technology, engineering, or mathematics know that people have a whole host of assumptions about women in these fields, in addition to the assumption that they just don't exist. The insulting things people say to women in STEM convey that women don't belong in these professions or at best are exceptions for working in them. Here are eight more phrases commonly heard by women in STEM — and why you shouldn't say them.

1. "Could You Direct Me Toward An Engineer?"

I've heard several women engineers recount people at conferences and networking events asking if they could speak to an engineer at their company, completely oblivious that they were already speaking to one.

Someone asked me this while I was working for a tech company, and one co-worker advised me, "Don't be intimidated by all the geniuses." This statement implies that the addressee is not a genius, while her (often male) coworkers are.

I've heard this supposed compliment directed toward women in human resources, operations, and other departments considered traditionally "feminine" because they involve helping and supporting employees and are typically woman-dominated. I've even heard stories about these employees doing engineers' laundry. But even if that laundry duty is part of someone's job description, she is still an employee like everyone else. You wouldn't tell a male employee who orders the snacks for the office happy hour that he's "the company dad," would you?

Women of Silicon Valley creator Lea Coligado writes that after she and a male peer both interned for Facebook, another student asked them what they did that summer. After the male student answered, the guy asking the question said, "You must be really smart!" After she responded that she also interned for Facebook, his response was different: “Oh… well then I should have applied for that internship.” The assumption behind comments like this is that if a woman could do something, anyone could.

5. "How Did You Get This Far Without A Technical Background?"

"Many of the initial questions I get at meetings assume that I don't have certain skill sets," Enplug Co-founder and CEO Nanxi Liu tells Bustle in an email. "For example, I've often been asked, 'How do you start a software company without a technical background?' to which I answer, 'I started coding in middle school.'" Women who run tech companies also frequently hear the more generic question, "How did you get where you are?" from people who wouldn't ask men the same thing because they expect them to be in those positions. "How did you become the CEO?" is one Liu gets a lot, and she likes to respond, "We didn't throw darts."

6. "Your Mother/Grandmother/Secretary Needs To Be Able To Use This"

I know someone whose boss said the software his company created had to be so user-friendly that a hypothetical "Sally the secretary" could use it. Another common metric of usability is whether your mother or grandmother could use it, and marketing and sales people sometimes hear, "You need to explain this in a way that your mom/grandma could understand." Is it a coincidence that all these fictional characters are women? Likely not.

7. "You're One Of The Best Female Engineers/Scientists/Anything I Know!"

If you're praising a woman for something you would expect a man to be able to do, you're not praising her. You're insulting her entire gender's intelligence and, by extension, her own. Once again, filed under #NotHelping.