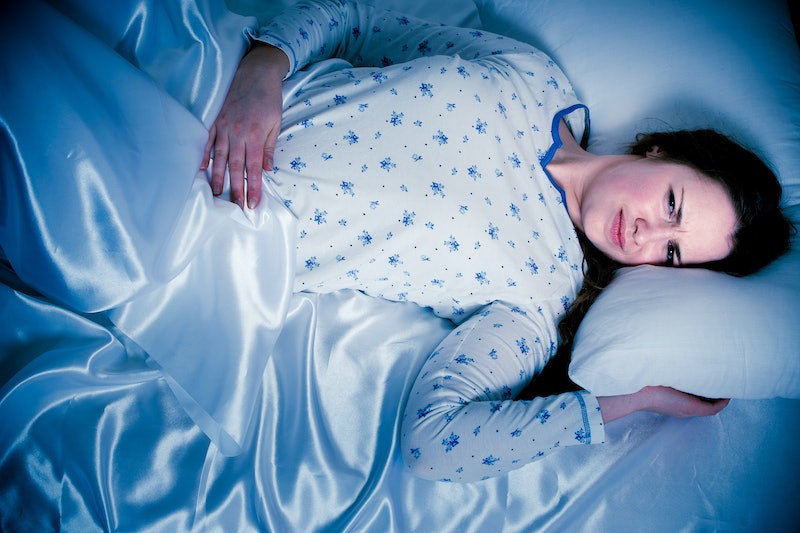 I can't recall a single experience as a child when a person who wasn't my mother spoke about periods in front of me in a positive way. It was either whispered about, as if it was too taboo to address in the open, or there were crude jokes being tossed around, making me an embarrassed owner of a vagina. I know there are young girls all over the world who deal with this kind of period stigma on the daily — many of whom, sadly, don't even have access to adequate hygiene supplies to care for their periods. So I'm stoked to see so much of the Internet these days devoted to chitchatting about what it means to be a proud menstruating woman. Because we're out there, and we're normal.

I missed out on a few key instructions when I was younger, even though my mom, the superwoman that she is, taught me everything she knew. Then, after I left the nest and traversed through college and graduate school on my own, I adopted some period habits that my OBGYN — and my mom, for that matter — wouldn't exactly be proud of. After doing some Googling on my own quirks, it turns out that most women pick up similar not-so-helpful routines when we're in the middle of our menstrual cycles.

That doesn't mean you get a free pass, though! Small though they may be, some of the habits we develop aren't great for our health in the long run, and we deserve to know better. Here are nine period mistakes you're probably making — and what you should do instead.

1. Not Tracking Your Period

Don't make the mistake of thinking that the only women who keep a close eye on their cycles are the ones who are trying to get pregnant. By tracking your period, the heaviness of your flow, and the kind of cramps you're experiencing, you and your OBGYN will be able to identify any irregularities that may come along. Use a handy app like MyCycles on your phone — I promise you it will change your life. You'll have a better sense of what to expect emotionally and physically week to week, and can even plan your vacations around when you'll be ovulating, months in advance.

2. Not Washing Your Hands Often Enough

You get super up close and personal with yourself when you get your period — changing tampons, keeping the area clean, etc. Most of us only wash our hands after inserting a tampon or menstrual cup. But Alyssa Dweck, a gynecologist from Westchester, New York and author of V is for Vagina, says we need to lather up much more often in order to protect our pussy from the germs that constantly surround us. If you're going to be touching your vagina, make sure to wash your hands before as well.

3. Forgetting To Look At The Color Of Your Blood

The stuff you empty out of your Diva cup could be trying to send you an important message, so don't cringe away from it. Color and texture of menstrual blood matters. Bright red is a good sign, dark colors probably just mean it's old blood that took a while to come out, and occasional clotting is normal — but see a doctor if you run into heavy clots more often than not. The second you see orange, or orange with red streaks, call your OBGYN; it could mean there are fluids from the cervix mixed in there, and you're battling an infection.

Life is hard enough as it is, people. Why wait until you're in the fetal position before you reach for that ibuprofen? Doctors say it's significantly less effective if you pop a few over-the-counter painkillers after the cramps have kicked in. This is another reason tracking your cycle comes in handy — you can just set a reminder for three or four days before the PMS hits, and just like that, you've beat your period at its own game.

That vag of yours works very hard to keep itself clean, so give it a break if you catch a whiff of a little odor. Don't be put off by it, either — it's natural, as your pH levels are going through some temporary ups and downs. Focus on cleaning your vagina naturally and safely, instead of using tampons or washes that are artificially scented. Those perfumes, which are full of chemicals, could irritate you in your sensitive lady parts, making everything feel even worse.

Jaclyn London, senior dietician at Mount Sinai Hospital in NYC, told Women's Health that the majority of women say they crave things like a big, juicy hamburger when they're on their periods. It's wildly common for us to be low on iron during that time of the month, and even though most of us already know this to be true, we're not doing enough to replenish ourselves. If you're not a meat eater, grab some beans or spinach, or take supplements. Still feel totally wiped out? Chat with your doc and get some blood tests done to make sure you're not anemic.

7. Freaking Out If You're A Little Early Or Late

It sounds counterintuitive, but small irregularities are pretty regular. You don't need to tearfully Skype your OBGYN in the middle of the night if your period shows up several days early, especially if you're on the younger side, as it takes several years to fall into a consistent menstrual cycle. Being irregular all the time, on the other hand, is worth a visit to the doctor, because you could face some trouble getting pregnant in the future, or you might be suffering from a condition like PCOS.

8. Eating The Wrong Kinds Of Sugar

You crave sugar when you're PMSing, right? Of course you do, because you're a totally normal woman! Science clearly says that our blood sugar levels go out of whack during menstruation, so it's standard to pine after that extra packet of cookies. But chances are, you're not making the best decision in your dessert selection. By eating the processed, refined sugars packed into store-bought doughnuts and ice cream, you worsen your mood swings and cause immune system imbalances.

Do your ovaries a favor and bake yourself some delicious brownies instead — made from natural, organic ingredients — or pile some fruit on top of Greek yogurt.

We tend to push ourselves through a busy week even if we don't feel so hot. It's time to stop this madness and gift ourselves the opportunity to rest. When I say "rest," though, I do not speak of a Netflix binge, as tempting as it sounds. You need real, actual sleep when you're on your period; your body is working overtime, and it deserves a break. If you don't answer nature's call, you will be more cranky, more anxious, and more prone to eating those unfriendly kinds of sugars.