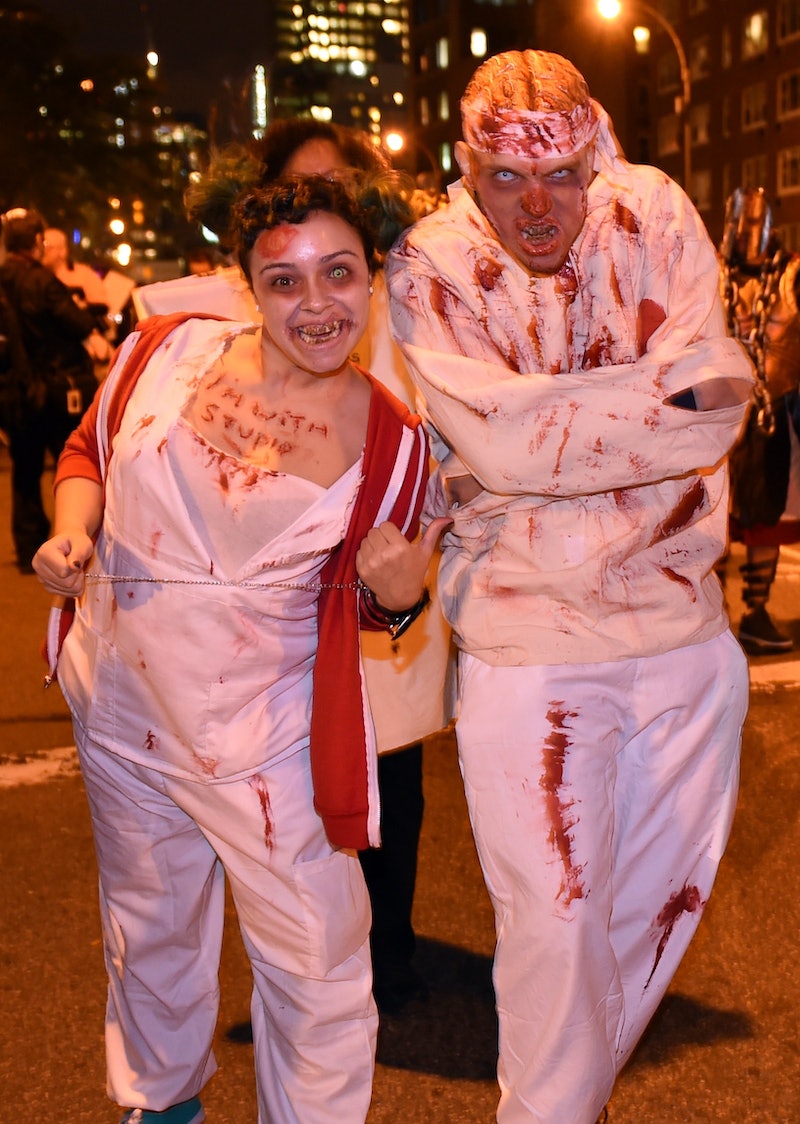 Halloween is a time when the line between fantasy and reality blur, and that's why your annual costume has got to be on point. However, most of us don't want to spend all of October prepping for the big night out. That's why couples Halloween costumes that only require makeup are so incredibly useful. You won't need to spend a ton of money on your clothing, and the internet is a veritable treasure trove of cool costume ideas for you and your significant other. While Halloween night may require some effort, you'll definitely have the coolest, most well put together costumes around town.

Every year, when late September and early October rolls around, people everywhere being to think of their funniest or coolest couples Halloween costumes. Whether they're going all out on the big day or choosing to keep things simple, ideas are everywhere. Despite Halloween being one of the biggest party holidays of the year, not everyone has the time or the money to invest in an over the top look. That's where the magic of makeup comes in to play. YouTube is packed full of tutorials on how to because your favorite book or movie character using a bit of foundation, so why not take that incredible resource, save some money, and have a banging costume for you and your boo? Answer: you should.

So what couples costumes only require makeup?

This look is a bit easier than the Walking Dead makeup you see on the big screen, and it doesn't required nearly as many products. Pale foundation, fake blood from the halloween store, everyday shadows, some liquid latex and boom! Zombie couple.

These costume require clothing that's already in your wardrobe — think lots of black — some liquid latex, and fake blood. It's super easy and the perfect coordinating costume.

This look is super simple, and to make this a joint costume, simply adapt the tutorial by adding tears around the eyes instead of the rainbow.

This tutorial is perfection. For Nala, just add some extra lashes and line your eyes with green. Who doesn't want to be the King and Queen of the jungle?

This costume is a super easy homage to one of Disney's most terrifying villains.

Your S.O. is definitely going to love this sweet and scary costume combo.