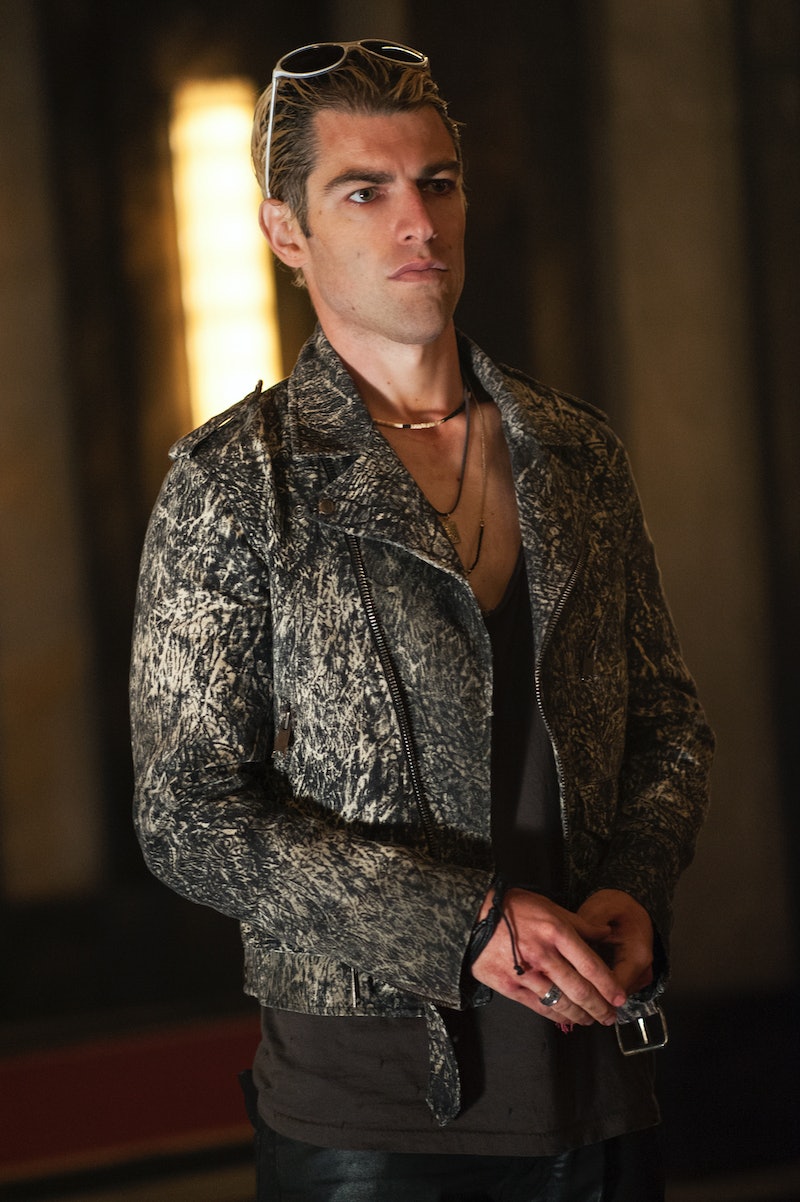 His whole scene was pretty confusing. But the rape was straightforward, if horrible to watch. Sally sat by Gabriel's bedside while he screamed in pain, promising him that everything would end if he told her he loved her. Watching Gabriel not only suffer physical violence but also emotional manipulation was a one-two punch. I know rape is about power, so it didn't surprise me that Sally wanted command of Gabriel's emotions while the Demon wanted command of his body. I was almost relieved for Gabriel when his eyes went blank. If he was dead, at least he wasn't suffering anymore.

Although what came after made me question everything. Moments later, Detective Lowe comes into the room and lays down on the bed, and the camera pans to underneath the bed, where Gabriel suddenly opens his eyes and gasps for air. I think that means he's alive? Or it could confirm my other theory, which is that everyone in the hotel is actually dead. They die there, are reanimated as ghosts or something, and now haunt the halls causing misery for all who enter. (I mean, it happened in Murder House, which does have connections to this season.)

But the point of the scene isn't whether or not Gabriel's alive. It's that AHS had yet another rape, and possibly the most graphic one yet. I don't subscribe to the belief that rape is ever mandatory to further a plot line, but if Murphy and co. were trying to reinforce the idea that the Addiction Demon is literally the worst ever, they did that. And Greenfield told Vulture that's exactly the point.

"There was a moment of pause [about the scene], and then I was like, ‘OK. Let’s do it.' ... We really went for it. I think for what Ryan [Murphy] was trying to say with the scene and what he was trying to portray [was about] the kind of hold that addiction can have on a human being. He wanted it to be graphic, and I think he wanted it to be intense and to shock people. I haven’t seen it, but I assume since I was there when we filmed it, it sure felt like that when we filmed it. So I hope that it portrays that kind of terror and that hold that it has over people."

I guess I can only hope that since AHS: Hotel started on such an intense note, the show got it out of its system, and will be rape-free for the rest of the season. Or at the very least, that viewers won't be subjected another lengthy example of what the Addiction Demon can do.

Don't worry, AHS. It's burned in my memory forever, so you can just allude to it from now on. And (as if I wasn't utterly convinced before watching this scene) I'm definitely certain now that I'm never going to do heroin in a creepy hotel.