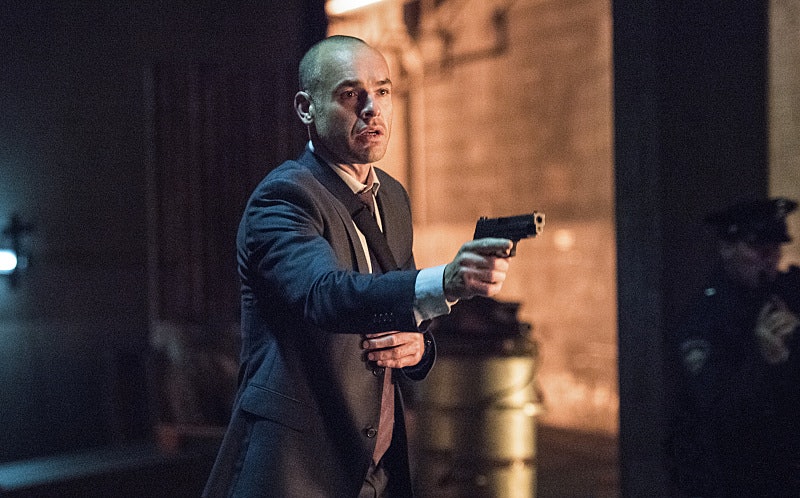 Well, folks, it's official — Starling City is still an absolutely terrible place to live. Because just in case Slade Wilson or Ra's al Ghul didn't bring enough death and destruction to this place, it's now playing host to the likes of Arrow Season 4's Big Bad, Damien Darhk. But unlike previous seasons, this villain has an ally nestled within Green Arrow's order of operations. I seriously can not believe that I'm saying this, but it turns out that Captain Lance is working with Damien Darhk in his takeover of Starling City. (All together now: WHAAAAT?!?!?) I mean, what is even happening right now? Is this real life? Someone pinch me. Lance has always been a pillar of honor and goodness. So why is he aligning himself with such a bad man?

Right now it's unclear how exactly Lance got himself involved in this situation, but the good news is that he was not OK with Damien's attempt at killing innocent people at the opening of the new train station. So it's not as if his moral compass has completely shifted gears. But it's still not great that he's working with the enemy. From what I gathered during their brief interaction, though, is that Lance might not have enlisted his services willingly. Maybe Damien has got something on Lance that he's holding over him — forcing him to carry out his commands.

This may just be a naive stab in the dark on my part, but I want — no, I need to believe that there's much more to this story than meets the eye. Lance hasn't always been on the Arrow's side. In fact, sometimes he's downright hated the guy. But he's never been on the side of evil in such a way before. So, surely, if he's doing so now, there has to be a good reason for it… right?