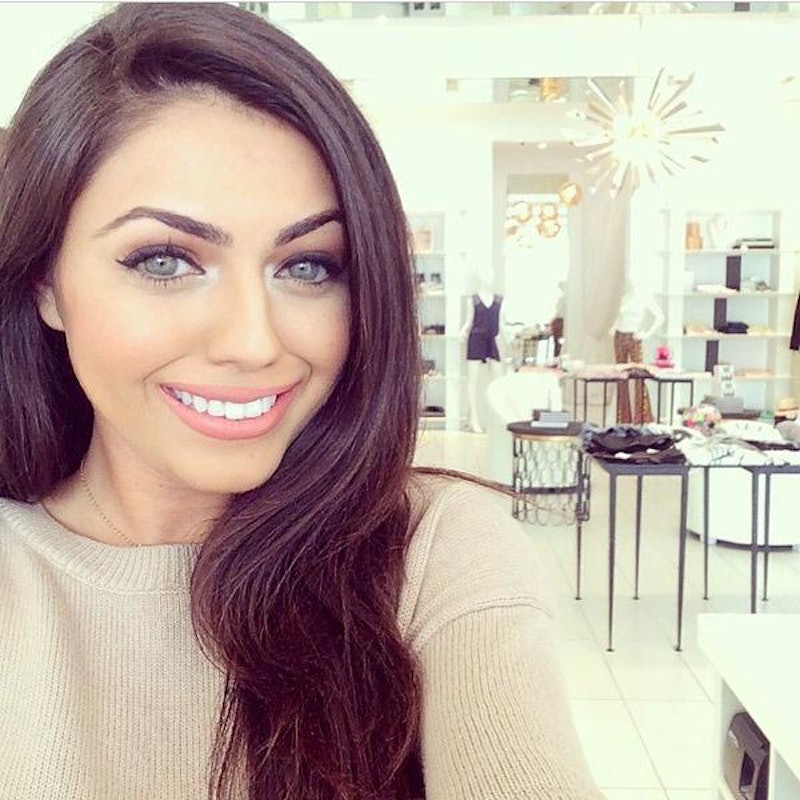 Dash Dolls has wasted no time bringing the drama that was promised to us from the girls of Kardashian owned retailed store Dash. Already, employee Durrani seems to be the one that most of the girls target because of her unfiltered honestly and penchant for getting some seriously impressive screen time. She is one of the veteran Dash dolls, but are Durrani and Kim Kardashian actually friends outside of Dash?

Things definitely got a little hairy when Kim basically called Durrani her favorite doll behind the scenes on an episode of Dash Dolls . She referred to her as "the perfect Dash Doll" and couldn't say enough about how she was basically a proto-Kardashian "with the eyelashes and the makeup!" Oddly enough, that doesn't sit really well with the rest of the dolls. Jealousy and accusations of favoritism are abound and they don't look like they are going away any time soon. Kim may think that Durrani is everything she ever wanted in her own Dash doll, but it doesn't look like they hang out much outside of the work environment. Everything about Kim and Durrani's relationship appears to be pretty professional. If you take a look at Durrani's social media feed, there aren't any photos of them having dinner or attending events together.

One thing is for sure, though. They probably should be friends. They are almost complete clones of each other and seem to enjoy a lot of the same things like wearing intense clothes and taking intense selfies. So, here's a list of things about Durrani that will hopefully convince these two to strike up a bond stronger than an Ionic bond (science humor).

If there is one thing that is 100 percent true about the Kardashian clan, it's that they appreciate a good set of powerful lashes. Durrani is on that level with them and if you didn't know any better, you could say those eyes are Kim's.

Those Kardashians are all about the Benjamins and they don't pass up many opportunities to pad their wallets with them. Kim is arguably the biggest fan of the product hawk. Durrani knows how you become a businesswoman, and she's working it.

Girlfriend Can Selfie With The Best

Durrani must have gone to the Kim Kardashian School Of The Selfie because she has it down. And seriously, how Kim-like are those selfies? They could hang out together and just take phenomenally unreal photos of their own faces. I want it to happen. I will campaign for it to happen.

They have the same style. They could swap clothes. What is better than having a bestie that has the same taste in clothes as you and with the same body type to boot? Nothing. Nothing is better.