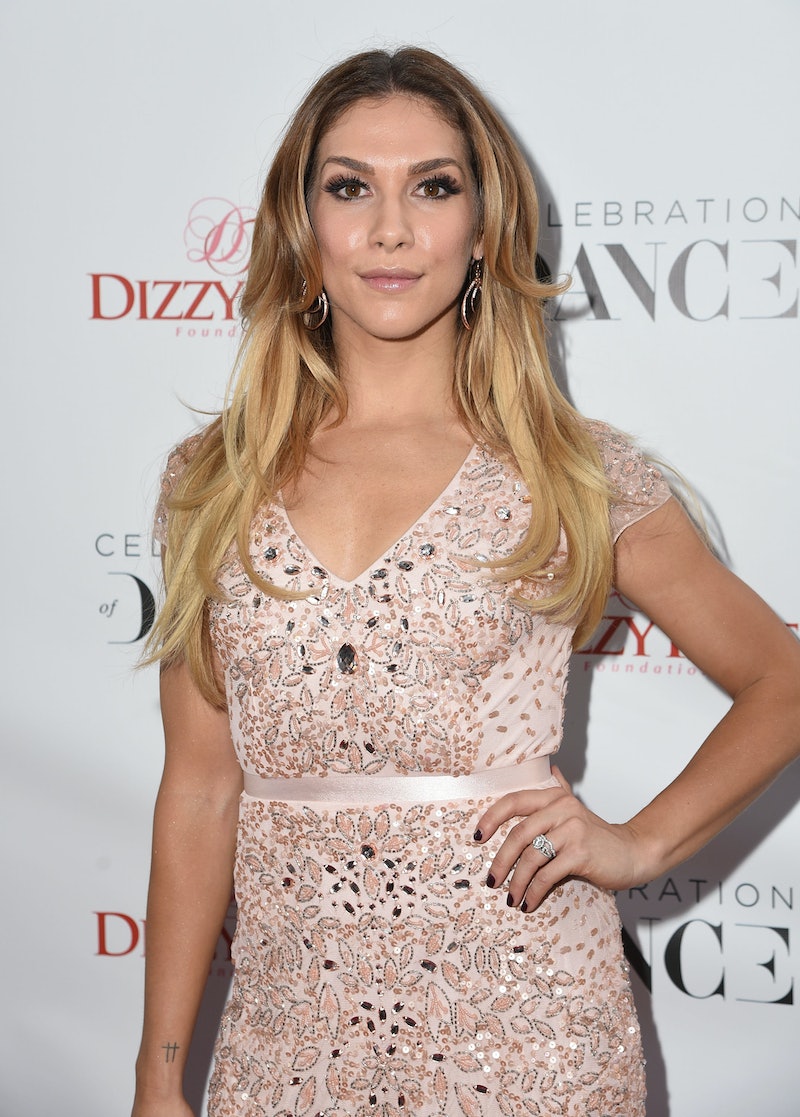 You guys, I love babies. Like, love babies. And, while some would argue that it just means that my biological clock is tick-tick-ticking, I just think it means I love squishy cheeks and that fresh new baby smell. As a fan of Dancing With The Stars, I was absolutely delighted to hear that DWTS pro Allison Holker is expecting a baby. She is a few months along now, so will Allison keep dancing throughout her pregnancy? Current Dancing With The Stars partner Andy Grammer sure is depending on her.

Frankly, why wouldn’t Allison keep dancing during her pregnancy? Since she is a professional dancer, she’s not doing anything unusual for her body — it’s actually precisely what her system is used to. According to the Mayo Clinic, exercising while pregnant can ease or prevent discomfort, prevent excess weight gain, help sleep, and increase stamina and muscle strength. Though pregnant women shouldn’t seek to make huge fitness advances during pregnancy (they should maintain the same level of fitness exertion, not more), there’s totally nothing wrong with getting a little sweat on during pregnancy. Gone are the days where pregnant women had to be treated like porcelain dolls and weren’t allowed to move, people!

Of course, there will be people who don’t think Allison should dance during her pregnancy. And, that’s stupid. Allison has a daughter, Weslie, from a previous relationship, and, as she told People, “I’ve had a child before and I worked all the way through eight months. I was traveling on tour, so I think I can definitely handle it.” She later went on to say, “If you were athletic before you were pregnant, you should stay athletic. I’m not scared of the challenge and I think it’s a beautiful thing to experience.” Sing it, girl.

Everyone on Dancing With The Stars (and all of Allison’s fans at home) is so thrilled for the happy couple. Look at all of these smiling faces:

As I see it now, there’s only one (growing) problem for Allison’s time on Dancing With The Stars — that soon-to-be bulging belly and all of the teeny-weeny little outfits that the costume department puts Allison in. The show has had some pretty weird (and pretty skimpy) costume choices, so I’ve thought up a few outfit ideas that can complement Allison’s growing belly.

Andy and Allison can each wear one half of a horse costume, coming together and apart to make up the horse. Would that scar some kids at home for life?

Why not paint Allison’s big belly into a watermelon, and Andy can be the farmer trying to harvest his crops. It’s a big metaphor for the struggle between life and death.

While Allison won’t be that giant for Halloween, she will be a pretty big mama by the time Thanksgiving gets closer. How about a cornucopia costume with room for her expanding tummy? Andy can be the turkey.

Oh, and a note to the Dancing With The Stars costume department — I’m always available for consultations.

More like this
Kim Kardashian Father’s Day Tribute To Kanye West Called Him “The Best Dad”
By Stephanie Topacio Long
Here’s Everything Coming To & Leaving Netflix In July
By Grace Wehniainen
Paramount+ Wants To Take Over Your Netflix
By Sophie McEvoy
What’s New On Netflix: The Return Of 'The Umbrella Academy'
By Arya Roshanian
Get Even More From Bustle — Sign Up For The Newsletter