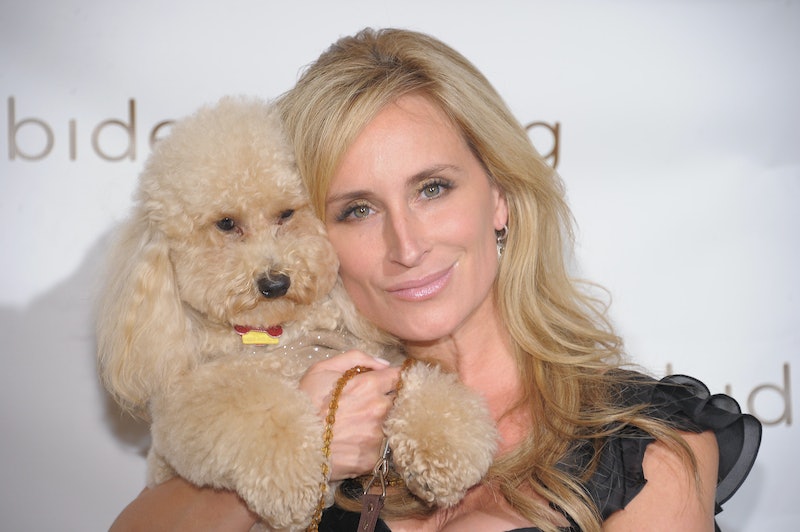 There's nothing that I love more than watching the various Real Housewives series, but let's keep it real: Not all Housewives are created equal. There are some women who can definitely be considered the most loved Real Housewives. These are the ladies who tell it like is us and make us fans laugh hysterically in response to their one-liners. The women whose lives never seem to be void of drama. The Housewives who are just plain more entertaining. And, generally, these women have stuck around for a long time. It makes sense — if it ain't broke, don't fix it.

The best Real Housewives have provided us with iconic moments that we have been quoting and reposting as memes for years. Not everyone can be a Real Housewife, but even those who are have a lot to do in order to make the cut as one of the most beloved ladies.

It takes something special to be considered the best of the best. And that's why I cannot actually rank the top Housewives: Once I get to the top, it's far too hard to separate the greatness. Nevertheless, there is definitely a top tier of Real Housewives and it includes the nine women below.

Yolanda Foster is almost too classy to be a Real Housewife, but she still pulls it off on Real Housewives of Beverly Hills. She is funny, smart, and tells it like it is. Plus, her perseverance and optimism with her Lyme Disease battle is inspiring.

Sonja is the most fun to watch out of all the women. She is an enigma, who seems to have so much going on, but it is all just so unclear. I have no idea why she needs so many interns and it's hard to believe anything she says — although, hey, she did pull off that fashion show — but I love everything about her. She has delivered some of the most iconic moments on Real Housewives of New York City.

In all honesty, I hated Camille on the first season of Real Housewives of Beverly Hills, but after that she really became one of my favorites. She needs to come back as a full-time cast member. She had the drama and the best dance moves. All of us fans want more Camille in our lives.

Kim has the most endearing personality. She cannot help being inappropriate, yet she still manages to be adorable and family-orientated. Almost everything she says is instantly made into a meme and she really has the cutest family on television.

Teresa may seem like an odd choice for this list, but so many people love Teresa — legal trouble and all. Teresa makes up words, has the most hilarious kids, and has no issue causing drama. Real Housewives of New Jersey would be nothing without her iconic moments.

Lisa is so majestic that she has two Bravo shows at the same time. Aside from RHOBH, she has her own spin-off series about running her restaurants called Vanderpump Rules. Lisa strikes that perfect balance between coming off as straight-forward and honest, and being shady. Plus, she has the most outrageous lifestyle, which is always beyond fascinating.

It seems like Bethenny is the only Real Housewife with an open invitation to leave and come back to the show whenever she wants. This is because she has the best one-liners, multiple successful businesses, and a penchant for speaking her mind. Every second that Bethenny is on screen on RHONY is beyond entertaining.

LuAnn has delivered some of the most loved moments in Real Housewives history. From singing "Money Can't Buy You Class" to telling her hating cast mates to "Be cool," she always delivers. She has the ideal combination of class and sass and I don't think I could watch RHONY without her.

I feel like I should hate Kyle. She has perfect hair, the hottest husband, beautiful kids, and a lot of money. Yet, she somehow comes off as one of the most relatable Housewives. She gets involved in the drama, but never does anything that would upset the loyal fans. You can't help but love Kyle.

So there you have it, these are the elite women who all of the current Housewives should aspire to be like.