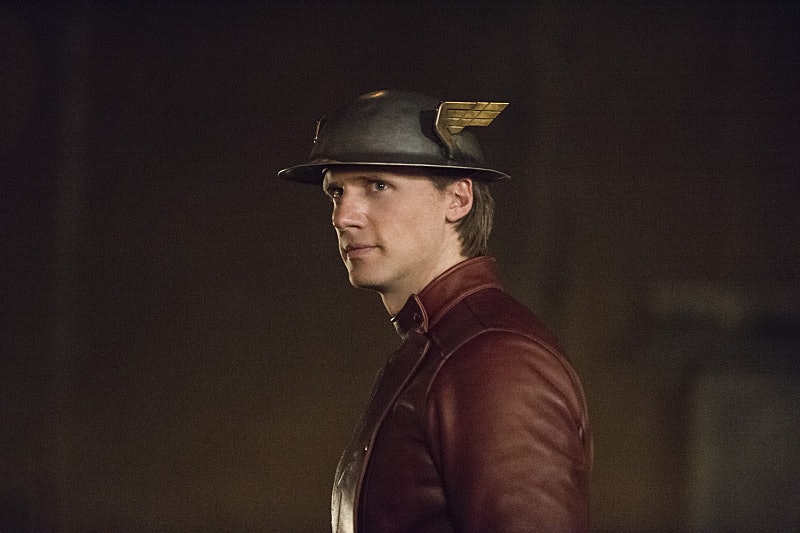 You can't deny that The Flash has serious ambition. It had an incredibly strong first season that not only managed to balance character development with action, but also tackled some of the more complicated plots from the DC comic books including time travel, the Reverse-Flash, numerous super powers, and a psychic gorilla. Between that and its meta-of-the-week style storytelling, the series had a lot of ground to cover, and it looks like The Flash Season 2 will add Earth-Two, addressing the DC multiverse. Ah, I can hear the confusion now, "That's great but what exactly is a multiverse?" you may be asking me. Great question!

It can get fairly complicated, but essentially, it's the idea that there are multiple alternate universes that coexist within the same cosmic construct. Let's start off with an example. So far, we know that Barry Allen and his team live on Earth and work together to fight the metahumans, but what if I told you that there was another earth where there was an entirely new Flash?

Let's back up, since all this will be broken down with Jay Garrick's introduction of Earth-Two on The Flash. When Barry and Eddie Thawne stopped Eobard Thawne from traveling back to his own time, it created a singularity that opened over Central City, a black hole that almost annihilated the entire population. Barry and Firestorm stopped it, but we now know that this singularity created a portal between Earth (or Earth-One/Prime) and Earth-Two, which is apparently how Garrick arrived.

He comes from a world where he is the Flash instead of Barry Allen. This is just the beginning of the numerous different worlds that Barry could begin traveling to, depending on what the TV show plans on adapting from the comics. The multiverse allows for different versions of the characters to exist and interact, evening teaming up with one another in different universes.

We're clearly dealing with a lot of really big concepts here, so let's get down to business: what does this mean for the CW's Team Flash, and the universe fans know and love? In practice, we don't yet know beyond the fact that we will be exploring these dimensions further. But in theory, this gives us a great opportunity to explore new character arcs, without having to lose our existing favorites. Both Cisco and Caitlin have comic book metahuman versions of themselves, and Earth-Two would allow The Flash to incorporate those identities without jeopardizing the characters we're used to. For example, this is how Caitlin could become Killer Frost, a supervillain from the comics, without actually turning evil herself.

The real trick will be for The Flash writers to continue to break down the various universes in an intelligible way, so we don't get lost in the science of it all. With any luck, Earth-Two will just be the beginning of the universe-jumping it can do in Season 2 and beyond.