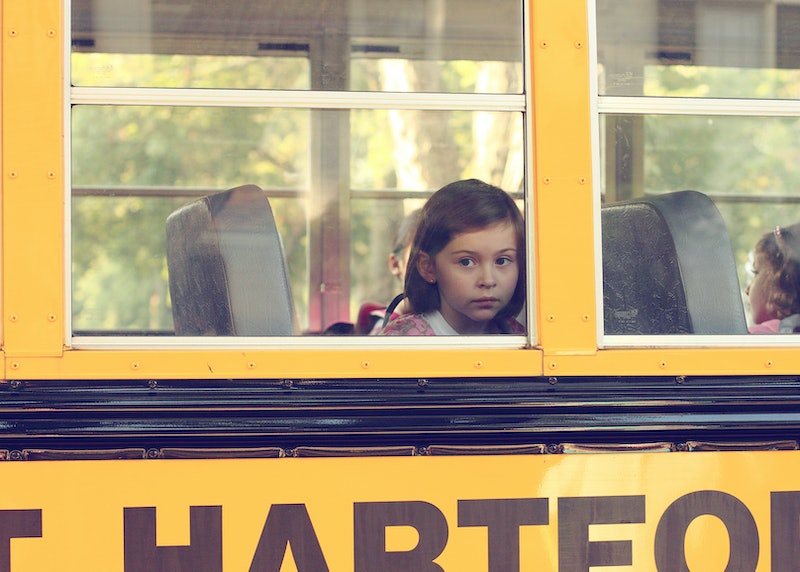 The quest to find the perfect preschool — and get your kid in the door as early as possible — can sometimes feel like it starts the second they're born. But as for the "right" age to start kindergarten? That one's been hotly debated in recent years, as the practice of "academic redshirting" (or holding a child back to give them a head-start) becomes increasingly common. Now, research from Stanford and the Danish National Centre for Social claims that delaying kindergarten can actually have positive mental health outcomes for some kids. In fact, the research reiterated the idea that kids learn better through play, rather than structured learning at younger ages, and that starting kindergarten at age seven could have major benefits.

The study was conducted in Denmark, where all children start kindergarten during the calendar year they turn six — which means some are six years and eight months and others are still five when school begins in August. According to study author Professor Thomas Dee:

We found that delaying kindergarten for one year reduced inattention and hyperactivity by 73 percent for an average child at age 11 and it virtually eliminated the probability that an average child at that age would have an "abnormal," or higher-than-normal rating for the inattentive-hyperactive behavioral measure.

But there are some blind spots with the study — most notably the fact that families who hold off kindergarten in Denmark still have universal access to good preschool programs, which isn't the case in the United States. The study also focused at the short-term advantages that were apparent in 11-year-olds — whereas other recent studies found the older kids are eventually more likely to drop out and commit serious crimes and don't earn as much over the course of their careers.

And, although Dee said other studies about academic redshirting didn't consider the mental health advantages, Samuel Wang, co-author of the book Welcome to Your Brain and a Princeton neuroscientist, said younger kids benefit academically and behaviorally from mingling with older children. Psychologist Angela Duckworth said her research also shows the younger children develop more "grit" to overcome their natural disadvantages. On top of all of that, the National Association of Early Childhood Specialists in State Departments of Education is officially against academic redshirting, saying, "Not only is there a preponderance of evidence that there is no academic benefit from retention in its many forms, but there also appear to be threats to the social-emotional development of the child subjected to such practices."

When making the decision about starting kindergarten, Dee suggests parents have to consider the individual needs of their child. As Dee told The Seattle Times, "Parents shouldn't use this study to suspend their own judgement. There's a lot of heterogeneity to kids. This study implies an answer that isn't correct for every child."

That was definitely the case for me: With a November birthday, I slid in right before the December cutoff to start kindergarten at four years old — and then was guaranteed to be the youngest when we moved to a state with a September cutoff. For me, the timing was right (all my friends were starting school!) and I can't think of any instance where I personally suffered from being the younger kid in class. On the other hand, I know my soon-to-be first-born — who's also due to have a November birthday — will be on the older side. My hope? That I can give him the skills and support he needs to set him up for success, rather than fall back on the idea that he'll be set just because he'll start school at an older age.

More like this
6 Abortion Advocates To Follow On TikTok
By Sara Youngblood Gregory
Every Single Big & Small Way You Can Fight For Abortion Rights
By Tess Garcia
15 Years Of The iPhone, In Pictures
By Emma Carey
YouTuber Runs Into Margaret Sanger’s Grandson While Filming
By Alexis Morillo
Get Even More From Bustle — Sign Up For The Newsletter