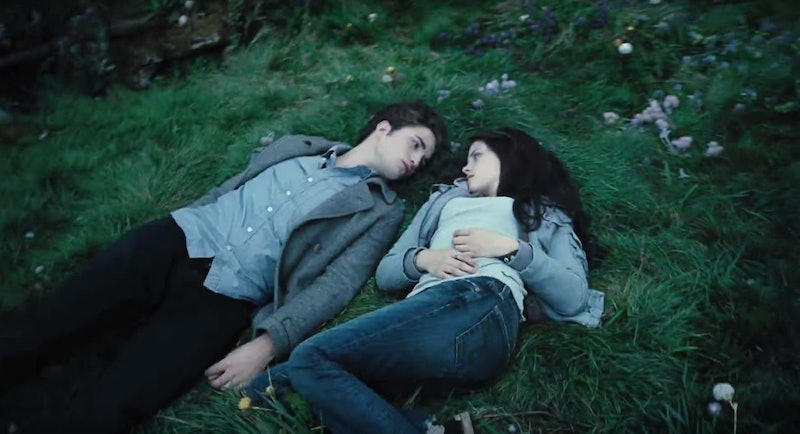 It’s been more than a week now since Stephenie Meyer blew everyone’s mind by unexpectedly dropping a gender-swapped Twilight — and still, nobody’s quite sure what it means for sexism. Meyer’s intention with Life and Death: Twilight Reimagined was to make a feminist statement: that there’s no difference between the way men and women fall in love. So far, I’m on board. But in reality, Life and Death arguably does more to reinforce gender stereotypes than dismantle them.

Life and Death, which reimagines Bella and Edward as Beau and Edythe, was described as pretty much a word-for-word gender-swap when it was released, but as someone who read the two versions side by side, I can promise you there are quite a few differences (aside from the fact that the ending is totally different). Some of these changes come from where Meyer had the chance to change the words and phrases that had bugged her about her original novel (isn’t that every author’s dream?) — but some of the changes seem to be purely due to the switched genders. In other words, Meyer did write differences between the way men and women fall in love.

Of course, this might have been Meyer’s intention; perhaps she was aiming to highlight the sexism in the way men and women are portrayed, and point out the problems with it. If so, then I think she’s succeeded. The release of Life and Death has started a massive conversation about gender roles in our culture — and this kind of discussion can only ever be a good thing.

Here are some of the issues Life and Death has pointed out:

Men Are Expected To Be Responsible For Women

Both Beau and Bella have the same backstory: they have always had to look after their scattered and irresponsible mother Renée, and are both equally nervous about leaving her to fend for herself. But when they meet their father Charlie at the airport, he only acknowledges Beau’s responsibility for Renée. The expectation that men are responsible for women is equally damaging regardless of which end of the gender spectrum you fall. Beau is put under the unfair pressure of being held accountable for his own parent, while Bella’s own hard work is dismissed as unimportant.

“Girly” Stuff Is Seen As Embarrassing

For some reason, in our world stereotypically “girly” stuff is embarrassing for boys, whereas “manly” stuff is fine for everyone. There is literally no logical reason why that should be the case, but it is. And this is pointed out perfectly in Life and Death when Edythe offers Beau her scarf. In the original, Bella is cold, so Edward gives her his jacket. Simple. But in Life and Death, Beau is reluctant to take Edythe’s scarf until she reassures him that it belongs to her brother — and is “not a lady’s scarf."

“Innocence” Means Something Very Different For Men Versus Women

Bella and Beau are both supposed to be the innocent “human-in-distress” (in Stephenie Meyer’s words), and yet the things they’re allowed to get away with are totally different. Right from the start, both Bella and Beau attract a lot of attention from the opposite sex, but the way they each have to deal with this shows quite how different our expectations are of women. In order to be the pure protagonist that she is supposed to be, Bella has to constantly worry about how to politely let down her admirers; Beau, however, admits to thinking some of the girls are good-looking, and is even allowed to enjoy being fancied — a perfectly human reaction that girls definitely experience, too, but that gets them labeled a "bitch" or a "slut." Unfortunately, the bar for who can be seen as an “innocent” woman is just an awful lot higher than for men.

Women Can’t Do “Manly” Things By Themselves

In Twilight, Bella is, unsurprisingly, a little intimidated by Edward’s strength. I mean, the guy’s a vampire; I don’t blame her. But in Life and Death, whenever Beau’s afraid of Edythe, Meyer makes it clear that it’s because he feels “as if she were going to pull a gun out and shoot” him. Apparently, women can’t be threatening (which is "manly") without the help of a weapon. And remember Billy Black? He’s the father of Jacob (swoon). Well, in Life and Death, he becomes Bonnie Black — and Bonnie is way less useful than her male counterpart. “He used to go fishing with us” becomes “She and her husband used to go fishing with us” — and “Billy’s done a lot of work on the engine” becomes “Bonnie’s had a lot of work done on the engine.” The automatic assumption is that a woman couldn’t do these things by herself — which, of course, is totally untrue.

Yeah, men and women are both subjected to unrealistic beauty and standards, and this can be super-damaging for both. But men’s standards have always been more flexible (hello, dad bod) and, notably, healthier. Women, on the other hand, are expected to achieve body shapes that, for many, require them to severely restrict their food intake far beyond what is healthy for them. Life and Death makes this clear: Edward’s attractiveness comes from his “musculature,” which he has achieved by being a fit and healthy vampire getting a lot of exercise in. Edythe, therefore, should be equally fit and muscly, right? But instead, she is described as “vulnerable” and “fragile,” with visible ribs and bones like “twigs” — and this is what Beau thinks is “perfect.” Her beauty is literally described in her lack of strength.

Men Are Allowed To Act In Threatening, Possessive Ways

Reading the gender-swapped versions of all the romantic interactions is a pretty uncomfortable experience, as the women all come across as unpleasantly forceful and territorial in their pursuit of Beau. And yet in the original, this exact same behavior from Bella’s admirers was seen as romantic — and Edward, the most controlling of all, was idolized. This double standard brings to life a rather unsettling truth about the (pretty unacceptable) way men are allowed, and even encouraged, to treat women.