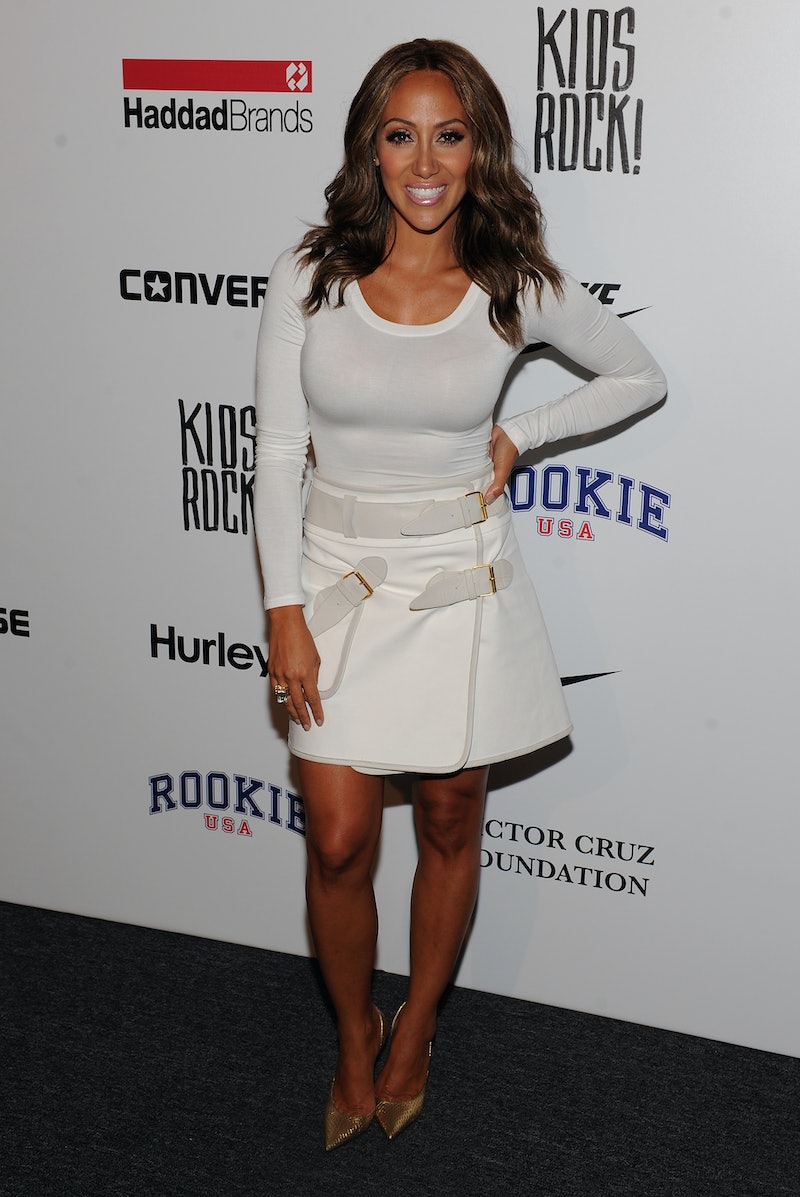 Watching Real Housewives Of New Jersey: Teresa Checks In is so much harder than I thought it would be — usually I don’t invest myself in the lives of reality television stars, but this one is so… real. Seeing all of Teresa Giudice's kids miss their mom has been really affecting, and don’t get me started on Teresa’s parents (they cry all the time, which makes me cry). One part of the family unit that’s been really interesting to see is the Giudices' relationship with Melissa and Joe Gorga, Teresa’s sister-in-law and brother, respectively. They’ve had a lot of problems in past seasons of RHONJ, and it doesn’t seem like all of that has been fully resolved.

On the second part of Teresa Checks In, Melissa is really doing her best to take the Giudice girls and her own daughter out for a nice girls day at the spa. They all got manicures and pedicures, they had lattes (even the little ones), and they had some girl talk — Melissa asked Gia (who, it has to be said, is so smart and mature) about her having a boyfriend and if her father approved. When Gia said that her dad didn’t have a choice, Melissa said that Gia could always talk to her about boy stuff since her mom wasn’t around. Gia kind of did that “yes sure please let’s stop talking about this” smile that teenagers love to do (actually I do it, too) and said that sure, she would.

I know that the family has to really band together in this time of great stress, but Teresa Checks In just made it seem like all of their past rifts still haven’t been washed away. The special almost makes it seem like Melissa is trying to make Teresa’s incarceration about her and what she can do for the family. Regardless of her intentions or any past drama, right now, everything should be about the kids — making the Giudice daughters as comfortable as they can be while they go an extraordinarily difficult time.