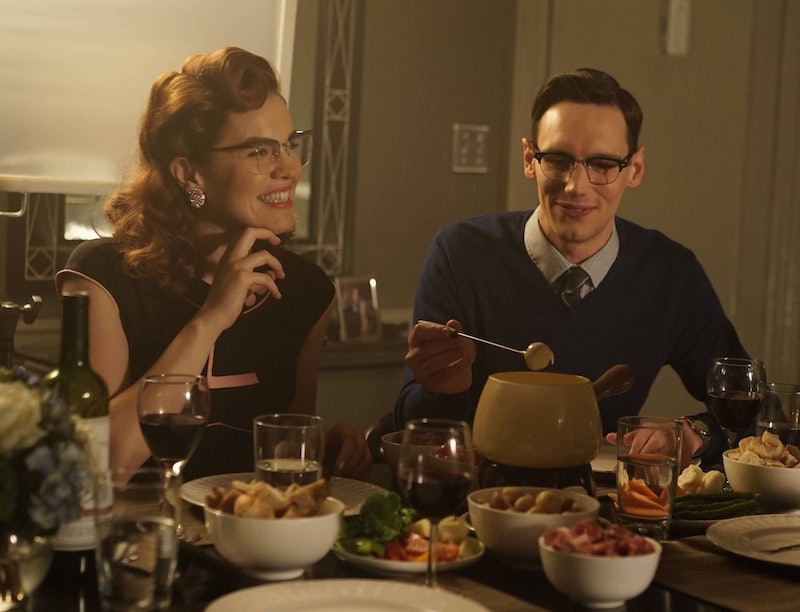 After such a successful date in last week's episode of Gotham, Kristen Kringle and Ed Nygma may actually be a full-fledged couple. But this isn't a romantic comedy series, it's a bleak Batman origin story, so their innocent happiness can't last very long. While we all know Ed will become the Riddler some day, what about Kristen? She doesn't have a DC Comics background (that we know of) that we can look to for clues, so her story can go anywhere from here. Since she seems to really like Ed these days, one path seems more possible for her than any other. What if Kristen Kringle helps the Riddler with his evil plans once Mr. Nygma undergoes his villainous transformation?

Right now, it still seems like Edward has plenty of time before he actually becomes the Riddler. It can't happen overnight, and actor Cory Michael Smith even told YahooTV that it would be a gradual process. He also said that Kristen is "certainly a major part of the future of Edward's evolution," however the interview occurred during Season 1, so Smith may have been referring to Ed killing Ms. Kringle's abusive boyfriend in the Season 1 finale, which we already saw has deeply affected him, causing that dark side to kick in.

Since then, Edward and Kristen's rapport has evolved into an actual romantic, two-sided relationship. Despite how well their date went, let's not forget that Ed slipped up and said Kristen's ex, Tom, is dead, even though everyone else believes he left town. This comes after he slipped a hidden word into the fake note, which Kristen also picked up on. Ms. Kringle has already proven she's smart, so it's likely that as she continues to spend more time with Ed, she'll figure out that he killed Tom. But that may not be a bad thing. What if she just accepts Edward's reasons for killing Tom and actually joins him in his future-Riddler ways?

Now, I still believe it's more likely that Kristen will not make it past Season 2. Perhaps her death will be caused by Ed, accidentally of course. But since her introduction on Gotham, Kristen has mainly functioned as a love interest for Ed, and if she were to become a villain alongside him, that would give her a much meatier role while still keeping their stories connected. She did say during their date that she had an inner voice who talked to her too when Edward revealed that he was talking to himself after his little slip about Tom. Kristen may not have meant she has a Riddler-like alter ego, but it's an interesting line that suggests she may soon embark on a much more complex arc.

Edward and Kristen's storyline has already become one of the most interesting on Gotham, so just imagine where it could go if they went from office romance to villanous duo. The series has already veered off the path of DC Comics in big ways, and giving the Riddler a literal partner in crime would be a great change in direction that lets Kristen Kringle shine.