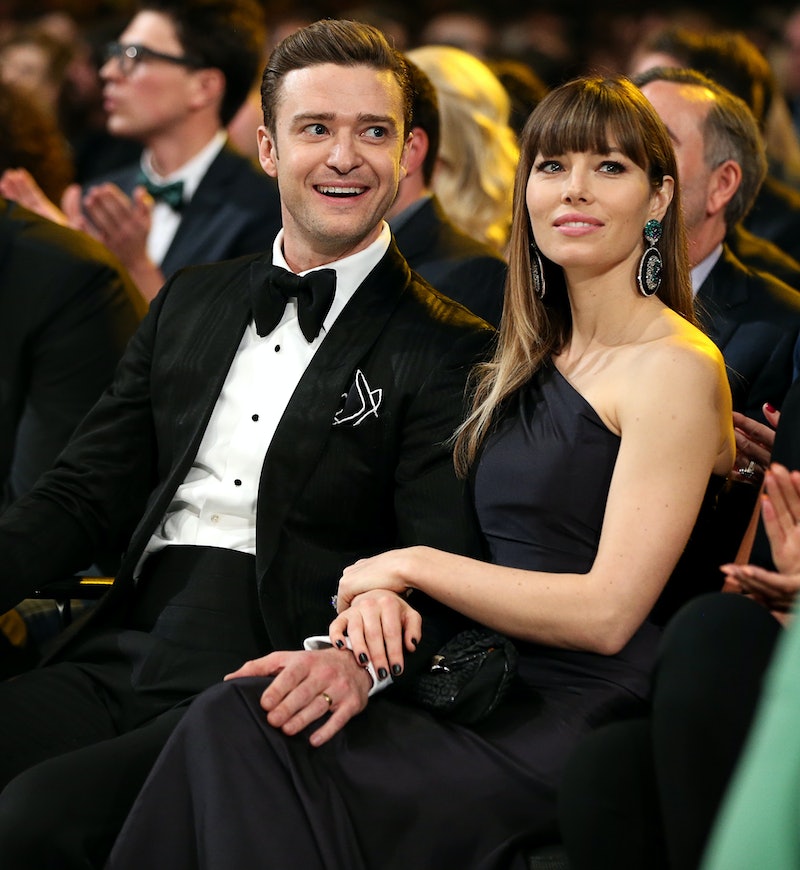 The most stable and secure couples always seem to be the ones that don't feel the need to flaunt their love for each other or brag about their great lives to the rest of the world. But I'm making an exception this one time: Justin Timberlake raved about Jessica Biel during a speech he made after being inducted into the Memphis Music Hall of Fame. If there was any question that this is a lasting union — and you might recall it was totally up for debate after Biel didn't attend the 2013 American Music Awards and Timberlake failed to thank her after receiving three big awards — his words about his wife should kick any and all doubt to the curb.

The 34-year-old was inducted into the music hall of fame this weekend and, with Biel in the audience supporting him, proceeded to give a sweet 20-minute speech in which he made it perfectly clear he felt humbled by the honor, adding that Memphis isn't "political" the way the Grammys and Emmys can often be. After thanking the legends who came before him and inspired him to accomplish great things in his career, Timberlake's attention turned to his 33-year-old wife and the mother of their six-month-old son Silas Randall.

“She’s not from here but she’s built like she is,” the singer joked before thanking his “beautiful, loving and incredibly understanding” wife, whom he called a “rock” and "tough as nails." While on the verge of tears, he said, “Baby, I love you more than I could put into words and more than any song I could ever write. We actually celebrated our third year anniversary, which in Hollywood years, is like a 15 year anniversary."

Timberlake's entire speech is as entertaining as you'd expect from a guy who has become an honorary cast member of Saturday Night Live, but if you want to jump ahead to all of the lovey, dovey goodness, he begins speaking about Biel around the 26-minute mark:

In a year that has been plagued by high-profile celebrity breakups, it's refreshing to see how Timberlake and Biel manage to make their relationship work, and all signs point to the fact that they just really, really like and respect each other. They keep 99 percent of their life together private and both are incredibly supportive of their partner's accomplishments and achievements. I don't think there's even a hint of ego or jealousy to be found in their union — as Biel herself revealed on Good Morning America recently when she called Timberlake a "wonderful partner" because he supports everything she does.

Timberlake may have forgotten to thank Biel that one time at the AMAs, but that's probably just because he is able to separate his personal life from his professional one — and his wife and son, I'm sure, trump all of the fame and awards he receives. They may not be in our faces about their devotion to one another, but as Timberlake proves in his speech (with just a few choice words and choked-back tears), they are the real deal.