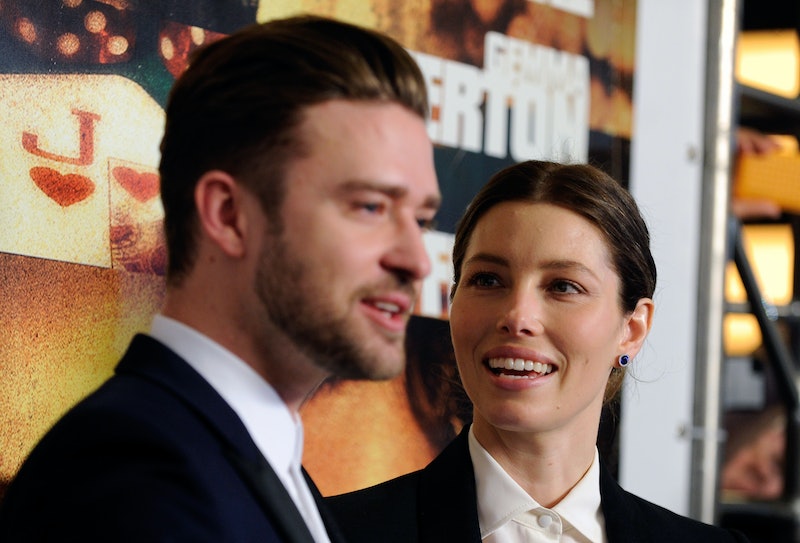 After the summer of celebrity breakups, in which no fewer than 23 celeb couples split since Memorial Day, the universe could use a little reminder about the power of true love and commitment. It isn't easy maintaining a relationship when you live and work in Hollywood and are constantly confronting temptation and the pressures of fame. Often times, the couples who seem the most content and in love aren't the ones who are constantly posting on social media about their union (with the exception of Kim Kardashian and Kanye West, who are total soul mates and post constantly), but are the ones who quietly go about their business and seem confident in the strength of their relationship.

While everyone from Megan Fox and Brian Austin Green to Miss Piggy and Kermit decided to part ways in recent times (and news of both failed relationships broke my heart), the seven couples below are standing strong. Some are married and have children, and others prove you needn't walk down the aisle or make babies to prove your loyalty to each other. They all share one thing in common: They have each other's backs through thick and thin.

Some folks speculated there was trouble in paradise when Timberlake appeared at the iHeart Radio Awards without Biel — until he accepted an Innovator award and gave her a shout-out that melted hearts:

You can't have innovation without creation... I want to thank my best friend, my favorite collaborator, my wife Jessica at home. Honey, I can't wait to see our greatest creation yet. Don't worry, daddy's heading home right now to innovate by learning how to change a poopy diaper and get my swaddle on.

Biel admitted to Ellen DeGeneres that she loves calling Timberlake her "husband," and when the singer appeared on the same show, he confirmed that marrying Biel was a "really good decision."

Three cheers for the other Jessica who seems to be in a stable, loving relationship with a man who thinks the world of her and isn't afraid to admit it. Alba and Warren are the parents of two little girls who find time to vacation together and smooch in front of their kids, which is awesome. In her iVillage column, Alba opened up about the importance of making time for Warren and prioritizing their relationship:

Cash and I have also found that maintaining a family schedule is the key to making time for each other. Whether we're settling into the couch to watch bad reality television or getting a babysitter so we can enjoy a date night out, we always know we have dedicated time after the girls are asleep to catch up, discuss what's on our minds, and simply just be with each other (no cell phones or e-mail allowed!).

And Warren told HuffPost Live he is even more smitten with his wife now that she is a big-time entrepreneur. After saying her success has "added to" their seven-year marriage, the co-founder of Pair of Thieves sock company said, "Her launching The Honest Company has helped her understand what I've done for the last 11 years we've been together. She's worked so hard and I couldn't be more proud."

Admit it: You never suspected Angelina Jolie and Brad Pitt would get married or last even one year after falling in love on the set of Mr. & Mrs. Smith, right? But after 10 years, six children, one wedding, both Jolie and Pitt's many humanitarian efforts, Jolie's directorial debut, and her brave preventive double mastectomy and decision to have her ovaries and fallopian tubes removed, they are one of the tightest celeb couples of all time. Their start might have been dubious (both claim they didn't cheat while Pitt was still married to Jennifer Aniston, but have admitted they fell in love on set of their movie) but with that behind them, they are now an example of how a strong home can provide a great deal of comfort in trying times. In an interview with Vanity Fair, Jolie admitted marrying Pitt made things feel different and revealed that their wedding vows were created by their children: “They did not expect us never to fight, but they made us promise to always say, ‘Sorry,’ if we do. So they said, ‘Do you?,’ and we said, ‘We do!’ ”

Ellen DeGeneres and Portia de Rossi met backstage at an awards show in 2004 and, as the Arrested Development actress told The Advocate, the comedienne and talk show host "took her breath away." de Rossi explained, "That had never happened to me in my life, where I saw somebody and experienced all of those things you hear about in songs and read about in poetry. My knees were weak." DeGeneres proposed in 2008 and the couple married in California after the state lifted its ban on same-sex marriage. DeGeneres recently dedicated her Teen Choice Award win to her wife and acknowledged the love of her life on their seven-year wedding anniversary. "What an amazing day this is. This is my seven-year wedding anniversary, so happy anniversary," DeGeneres said before turning to de Rossi and adding, "It's yours, too."

Say what you will about Kim Kardashian and Kanye West, but they are so in love with one another you can feel their intense chemistry emanate from a photograph. Kardashian, who is currently pregnant with their second child, constantly gushes about her husband, even crediting him in an interview with Rolling Stone for believing in her and helping her with her career. "Even if there's a project that I'm not working on with Kanye, I always get his input," Kardashian said. "I was sending him pictures today from the [Rolling Stone photo] shoot and he was sending me back the sweetest messages. I value his opinion. There's no one more creative in my eyes. There's no one that gets the relevancy of pop culture [more]."

The adoration is mutual. In an interview with Hot 97, West said he always knew Kardashian was the woman of his dreams, but that he had to work hard to win her over. "I loved her from the first day I saw her, which I said on 'Bound'... I remember seeing pictures of her and Paris Hilton in Australia, and I came to Don C., and I was like, 'Man, have you ever seen Kim Kardishawn? What's up with Kim Kardishawn?'"

After Jennifer Aniston's divorce from Brad Pitt, she didn't jump right into another relationship, despite the press' obsession with her fertility and love life. Kudos to her for waiting until she found the perfect partner — and quiet, sweet, talented Justin Theroux appears to be her ideal mate. Aniston met Theroux back in 2007 on the set of Tropic Thunder and they became friends. She thought he was lovely and interesting, but nothing happened until 2011, which proves it pays to be patient. The fact that the uber-famous couple managed to pull off a secret, intimate wedding is nothing short of amazing and shows how committed they are to maintaining a very real relationship outside of La La Land.

Is there an unmarried couple alive who hasn't used the names of Goldie Hawn and Kurt Russell as proof that the absence of a marriage certificate doesn't mean the absence of great love? Kate Hudson's mom and stepdad have been together for more than 30 years and could give a fig about weddings. In an interview with Porter magazine, the 69-year-old actress, director, and producer schooled everyone by explaining why her 32-year union with the 64-year-old actor has stood the test of time:

A lasting relationship isn’t about marriage. It’s about compatibility and communication. And you both need to want it to work. If one person does not want it to work, it isn’t going to work. Intention is the key. It’s also about not losing yourself in each other. Being together, two pillars holding up the house and the roof, and being different, not having to agree on everything, learning how to deal with not agreeing. Everything’s a choice.

The next time someone laments this crappy summer of breakups, keep these seven celeb couples in mind and stay hopeful because love is everywhere if you look for it.