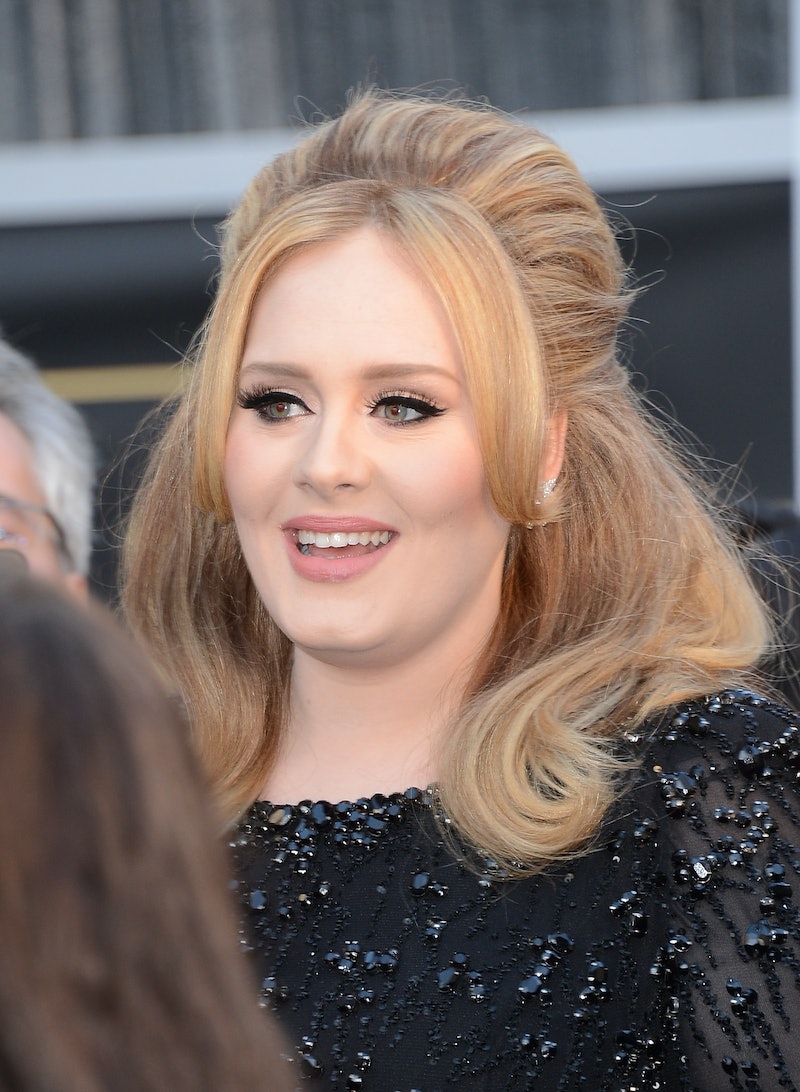 The world was rocked on Sunday when a snippet of an alleged new Adele song unexpectedly premiered on U.K. television. "Hello, it's me," the somber track begins. "I was wondering if after all these years you'd like to meet." The clip lasts only 30 seconds, but it's guaranteed to give you chills! Though we don't know for certain that the voice in the preview is Adele's, one of the singer's frequent collaborators, Ryan Tedder of OneRepublic, seemingly confirmed it on Twitter on Sunday afternoon by simply tweeting, "Adele :)." Is the wait over? Is the 27-year-old British diva's big comeback finally upon us? It certainly seems that way. After all, rumors have been circulating online for weeks now that her new album — which may or may not be called 25 — is set to premiere on Nov. 20. So, when is Adele's new single coming out?

Trusted music news website Hits Daily Double (HDD) reported at the end of September that Adele's new project would drop on Nov. 20, preceded by a lead single in "early November." Still, it's important to note that there has been no official word from Adele or her record label, Columbia Records, yet.

However, according to HDD, Sunday's surprise TV spot (above) is indeed our first taste of Adele's forthcoming LP. Reportedly, Adele's new single will arrive "shortly," and it "may or may not" be the melancholy tune heard in the commercial. Interesting.

So, what can we take away from all of this?

If Adele's new single is truly coming "shortly," I think an Oct. 30 release date is possible. It would give her just enough time to drop a second teaser and make an official announcement. But, a Nov. 6 release date also seems likely. It still qualifies as "early November" — just two weeks before the album's rumored premiere — and it would allow Adele even more time to build hype. (Note: I chose two upcoming Fridays because Friday is the new global release day for the music industry.) Hopefully, all will be made clear very soon.

Come through, Adele! We're ready for ya.

More like this
Stormi Just Walked A Red Carpet With Mommy Kylie Jenner & Daddy Travis Scott
By Hugh McIntyre
Twitter Is Upset About The 'American Idol' Top 3 Results: "Who TF Is Voting?"
By Jake Viswanath
Is Megan Fox Pregnant? MGK Gave A Shout-Out To Their “Unborn Child” Onstage
By Hugh McIntyre
Lisa Marie Presley Reviewed Baz Luhrmann’s ‘Elvis’ Movie On Twitter
By Grace Wehniainen
Get Even More From Bustle — Sign Up For The Newsletter