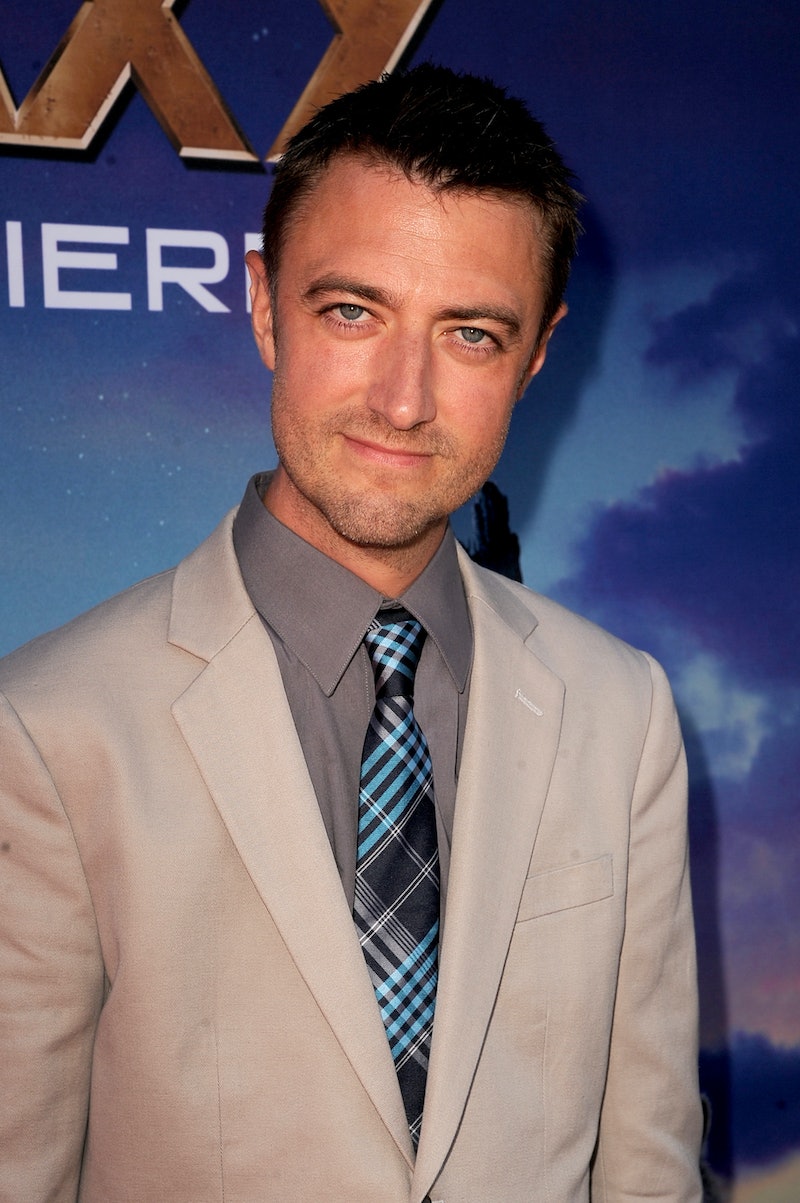 On Monday, serious rumors started swirling of a Gilmore Girls revival happening at Netflix. TVLine had some pretty convincing intel that most of the gang would be back, including leads Lauren Graham (who played Lorelai Gilmore) and Alexis Bledel (Lorelai's daughter, Rory Gilmore). While we all wait with baited breath to find out if the rumors are, in fact, true (Santa, you've got to do this for me), social media has been going crazy. And the best tweet so far comes courtesy of Sean Gunn, aka. Kirk Gleason, everyone's favorite resident of Stars Hollow. And Gunn tweeted about the Gilmore Girls revival rumors seeming almost... excited?

Since Gilmore Girls wrapped, Gunn has continued appearing on TV and in movies, and his most impressive role to date has been as Kraglin in Guardians of the Galaxy , a role he will reprise in its sequel. Despite being busy co-starring in a superhero franchise, Gunn still found time to mark the occasion with a super sweet tweet referencing Gilmore Girls . What I love most about Sean Gunn's tweet is the personality he's put into it. The caption above the photo reads only "!!," and Gunn looks surprised at having been caught reading an article on his iPad. We can see that the article features a photo of Lorelai and Rory Gilmore, so must be about the super exciting reunion rumors. And that's not all.

In the background of Gunn's photo is his cat. He's chillin' at home with his pets. Just like me, he has happened upon these rumors, and shares every bit of my excitement, surprise, concern, and hope. OK, so he probably heard about the potential Netflix reunion way before I did. But I can dream, right?

Gunn's not been mentioned in any of the press surrounding the rumored reunion episodes, but I doubt that a reunion could happen without Kirk Gleason. His character was often annoying, but always iconic. In case you forgot, some fun facts about Kirk are that he's allergic to anything pine-scented and once had as many as 43 jobs. He also lived in a converted nuclear bunker, which seems... smart.

The tweets keep on coming, and until the Gilmore Girls reunion is confirmed by Netflix, I'm going to be keeping an eye on social media to see who hints at it next.

More like this
'Stranger Things' Fans Are Begging For Steve To Live For The Funniest Reasons
By Grace Wehniainen
Regé-Jean Page Spoke Out On His Rumoured 'Bridgerton' Return
By El Hunt and Maxine Harrison
'Stranger Things' Season 4 Volume 2 Trailer Teases New Episodes Coming July 1
By Grace Wehniainen and Gabrielle Bondi
“The Door Is Always Open” For Another 'Breaking Bad' Spin-Off, Says AMC Boss
By El Hunt
Get Even More From Bustle — Sign Up For The Newsletter