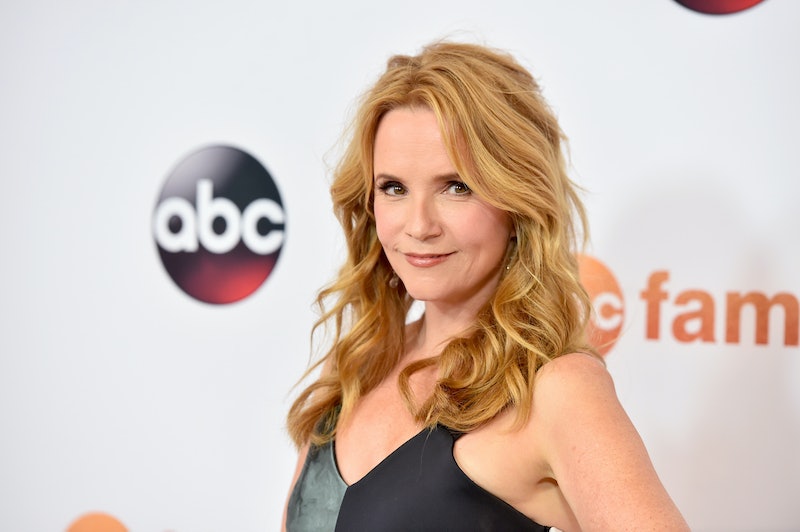 It's not very often a movie series that debuted over 30 years ago gets new promotion and press, but, in the case of the Back to the Future trilogy, that's exactly what's happening. Thanks to October 21, 2015 being named the official Back to the Future day — due to the fact that it was on this day, at 4:29 p.m., that Marty traveled to the future in Back to the Future Part II — excitement for the franchise seems to have reached a fever pitch, much to the delight of dedicated fans. "USA Today recreates Back to the Future Part II front page," Entertainment Weekly reported, while Toyota released a clip featuring franchise stars Michael J. Fox and Christopher Lloyd learning about the Toyota Mirai, a new vehicle powered by hydrogen fuel — aka, fuel produced partly from waste, similar to the fuel that Doc Brown's DeLorean ran on in BTTF Part II. Even movie theaters around the country are showing Back to the Future again. The excitement surrounding the films and this very special date is palpable — and franchise star Lea Thompson, who portrayed Lorraine McFly (née Baines) in the films, knows exactly why.

"I think first of all they’re really well crafted. They were really beautiful movies," Thompson says, after sitting down with Bustle to discuss the release of the Back to the Future 30th anniversary trilogy on Blu-ray and DVD. "For me, I personally think that there’s a deeper resonance. I mean, one with kind of a longing to really understand your parents in a weird way. And the other really is I think it’s the reason why people want to show their kids, is the idea that each moment could be important. You know, one act of courage or one good decision can change your whole life — [and] not only your life, but your kid's life. So, it’s a really important and really deep message I think."

Another reason is undoubtedly the fact that, for fans, the film includes so much to celebrate. Not only is it chock full of easter eggs — "I always thought it was brilliant that [director Robert Zemeckis] set up a joke with me and the cake and Uncle Joey, and then 40 minutes later, he tells the punchline, when Michael J. Fox goes, 'get used to those bars, kid,'" Thompson says — but it also featured a hilarious look at the future which new fans can celebrate now that the future is, well, here. Of the hype surrounding Back to the Future Part II 's "predictions" of what 2015 would be like, her thoughts are less about wondering when hoverboards and self-lacing sneakers will be released, and more about production itself.

"They did get a lot right," Thompson admits. "They were just trying to do things that were funny. And all those scenes were really hard to shoot!" Thompson says. "The scene where I’m like — you know, whatever, 87 — and there’s flying food and George McFly is upside down... all that stuff took forever. So it was just really painful to shoot. That’s all I remember about it."

"That’s what I aim to do as an artist, to kind of illuminate humanity... it’s awesome to have that opportunity and to make a movie that really touches people 30 years later."

When it comes to the futuristic details in BTTF Part II's version of 2015, though, the fact that it did get a lot right both is and isn't a coincidence. "I mean, I know they had people working on stuff trying to figure out what the future would look like, but a lot of [the predictions were] for fun." (Self-lacing sneakers, it seems might have been for more than fun.)

"You know," Thompson continues, "the thing they always get wrong is that people still want to wear cotton. Like, Marty McFly's rubber coat — I’ve seen so many poor people in that coat at conventions and stuff just sweating their heads off. No one really wants to wear a rubber coat! It’s not going to work out."

And the fact that people are faxing in the movie, despite the fact it's 2015? Also sort of valid. "Actually, the Pope still faxes everybody, apparently... the Pope does not send emails. He sends faxes." (OK, I could not verify whether or not the Pope does indeed have a personal fax number — but, for what it's worth, the Vatican Press Office does have one.)

Though excitement about the films is palpable now, when the first Back to the Future film was released in 1985, Thompson said she had no idea that the movies would be so revolutionary and significant decades later. "I don’t even think 15 years ago, I don’t think we thought that people would be still enjoying them so much — [or] that Universal would be releasing yet another fabulous box set of Back to the Future. There’s no way to predict this... I’ve been with giant audiences of people — with 3,000 people — and over half of them don’t look like they were born when the movie was made. Like, that’s incredible. It keeps finding a new audience."

As Thompson continues, at the time of production, she was mostly overjoyed at the fact that she was able to be apart of a project that was smart. "I mean, I knew it was a great script, and I knew that all of the pieces seemed to be going together. But I was, whatever, 23 at the time, so I was just trying to be as good as I could be," she says. "My most cherished memory is remembering when [director] Robert Zemeckis was really excited when we'd do something that would make him happy and thrilled and make him giggle, you know? That just — that made me so happy because he was really such a visionary and working so hard."

(She does have a favorite version of Lorraine though, as she adds: "[My favorite] probably was the young Lorraine, but then the second movie Lorraine from Back to the Future II — the boozy, schoomzy wife of Biff Tannen, aka Donald Trump.")

"I’ve been with giant audiences of people — with 3,000 people — and over half of them don’t look like they were born when the movie was made. That’s incredible."

So, considering that it's Hollywood's modus-operandi to create remakes and new sequels to films that are successful, even decades later, does that mean she would participate in another Back to the Future movie, if the opportunity arose? (For what it's worth, Lloyd — who portrayed Doc Brown — has commented that he would.) "I don’t think it’s going to happen, but sure. You know, someone invites me to a party that includes my most famous movie, I would be really sad not to go."

Considering that as of 4:29 p.m. on October 21, 2015, all of Back to the Future's "future" will officially be in the past, it's likely fans of the franchise wouldn't say no to having a new future to look forward to. But, I think it's safe to say that the fans will be content celebrating the existing films' brilliance for decades to come — and the talent of its stars.

More like this
The 'Hocus Pocus' Sequel Finally Has A Release Date & It Makes Total Sense
By Shannon Barbour and Radhika Menon
Everything To Know About 'My Big Fat Greek Wedding 3'
By Grace Wehniainen
Alicia Silverstone Has Recreated An Iconic 'Clueless' Scene
By Frances Stewart
At 28, Emma Thompson Was Already A Star — But Unhappy In Love, Actually
By Olivia-Anne Cleary
Get Even More From Bustle — Sign Up For The Newsletter