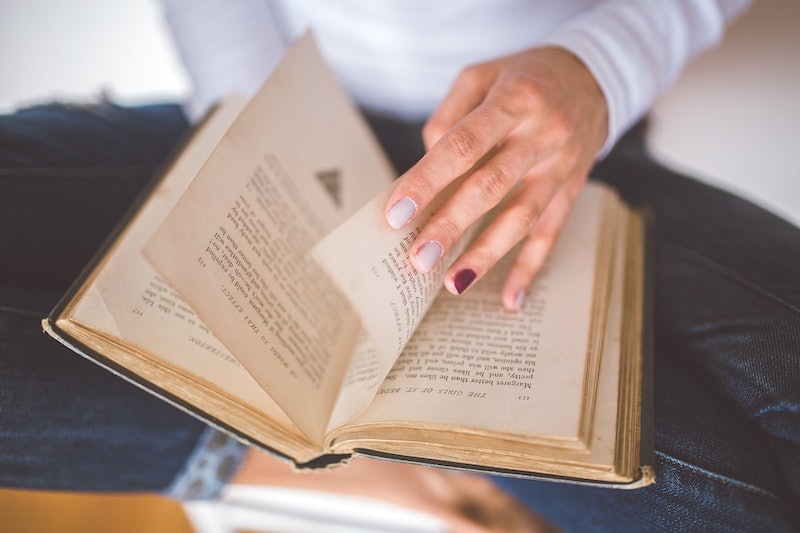 If you’ve made it into your adult years without reading a single Jane Austen novel, the world can seem like a strange and confusing place. Just as Harry Potter fans speak in their own language that seems baffling to outsiders, Austenites do exactly the same thing. One second you’re engaging in a discussion about social climbing, and the next you find yourself silently nodding along to a conversation in which someone is being described as a “total Mrs. Bennet” — and you have no idea what that’s supposed to mean.

And so, eventually, you’ll cave. You’ll warily pick up your library’s tatty copy of Sense and Sensibility, and raise your eyebrows at the small print and flowery language. You won’t be sure it’s quite your thing, but you can’t face yet another evening of staring in bemusement as your friends debate Mr. Darcy versus Captain Wentworth. The time has come. You’re going to read Jane Austen for the first time.

Well, you’re in for a treat. And as someone reading the books for the first time as a grown adult, you’ll actually pick up on way more details than you would have as a child. Here are the seven main things you’ll notice:

From everything you’ve heard, you’d be forgiven for assuming that Austen’s novels are purely romantic — but when you actually read them, the first thing you’ll notice is their humor. Once you’re old enough to appreciate sarcasm and passive-aggression as the best form of comedy, you’ll find that Austen’s books are laugh-out-loud hilarious from start to finish.

They’re Not That Hard To Read

When facing Austen in an English class as a teenager, the old-fashioned language seems impenetrable — but when you dive in as an adult, you’ll find they’re not that hard to make sense of after all. It’s more formal than we’re used to today, but once you get into the flow of it, it’s not hard to appreciate why Austen’s writing style is still so celebrated.

They Can Be A Little Problematic

There are negatives, of course, to reading classics later in life. These things might have passed over your head as a child, but as a fully grown adult it’s hard to miss the slut-shaming and sexism that’s pretty commonplace in the books. But you know what? This was kind of inevitable in novels that are two centuries old, and I’m still sure Jane Austen would have been a feminist if she was born today. Besides, the next thing you’ll notice is that...

Austen Is Rarely Being Serious

Growing up, it’s easy to take Austen’s marriage plots very literally, especially as a lot of people who haven’t read the books since high school will tell you that’s what they’re about. But in fact, Austen is usually being totally satirical, and secretly making fun of the society that she describes. As an adult, you’re bound to notice that beginning a novel “It’s a truth universally acknowledged that a single man in possession of a good fortune must be in want of a wife” is not the sign of someone who’s taking herself too seriously.

The Characters Are Very Complex

If you’ve never read the books, you probably imagine that Mr. Darcy is a 19th century Prince Charming, and Lizzie Bennet is the perfect feminist hero. But in fact, Austen’s character development is much more in-depth than that. When you first meet Darcy, you’ll notice he’s incredibly rude, and rather shallow. And Lizzie’s not flawless either; she’s pretty proud and unforgiving, and jumps to some unfair assumptions about people. But these flaws are what make them such brilliant characters.

A Lot Of Pop Culture Is Based On Austen

The first time you read Emma, you’ll notice the storyline seems a little familiar… However many times you’ve heard that Clueless is based on Austen’s Emma , it’s not until you read the book that you realize what a great adaptation Clueless really is. The same goes for Bridget Jones’ Diary; reading Pride and Prejudice for the first time as an adult will just make you appreciate Bridget’s love triangle even more. I’m also fairly convinced that most of Taylor Swift’s songs are about Jane Austen heroes...

And of course, the main thing you’ll notice when you read Jane Austen for the first time as an adult is that everyone was right: they really are that great!