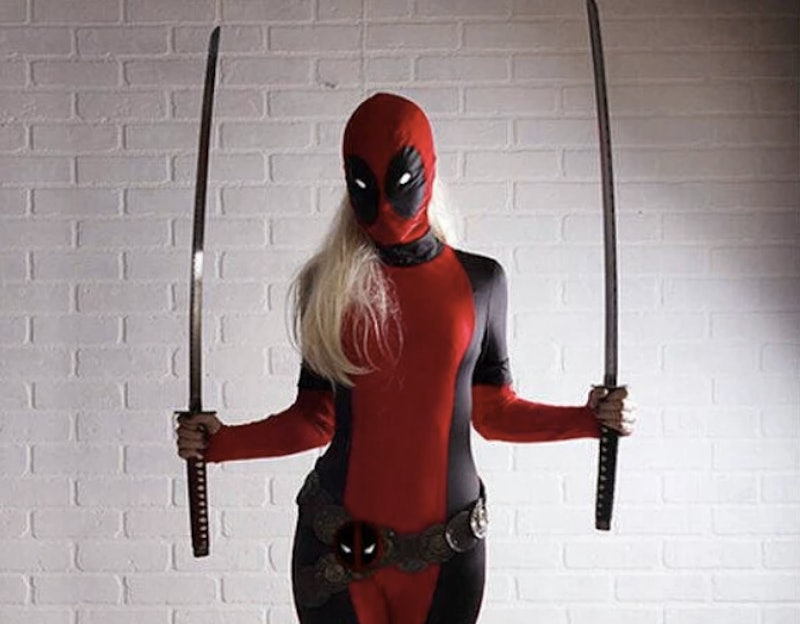 With Halloween sneaking up on us, it's important to consider every possible costume option, so as to make sure you get all your Hallowed glory in before the big night. We've rounded up the best women's superhero costumes for 2015 here, but really, the more the merrier. Maybe you and your S.O. are sports fans, or desperately want to pull off a Harry Potter theme. Maybe your girl gang is fiercer than T. Swift's, and you're destined to go with the most feminist group costumes you'll find. Now that we're dressing up in the age of Etsy, our possibilities are expanding, and it's one more opportunity to support local artists, and get something one of a kind. (On the other hand, if you're going the Halloween outlet route, no judgement here.) And if all else fails, we've also collected tons of DIY costume ideas, so you can ball out on a budget.

Not only do I love the idea of dressing up as a superhero, but I also like the fact that you do not have to limit yourself to the quintessential "girly" heroes. Don’t get me wrong, I could be very down to dress up as Sailor Moon, but one of my girlfriends was Clark Kent, a few years back, and she looked amazing. Don’t hold back when it comes to costumes — get creative, and make sure you get an outcome that you feel great about. Here are nine lady superhero costumes to consider:

You can't only let the men capitalize on the Deadpool glory.

Those trick-or-treaters won't be trying to scam your house by coming twice when you've got your lasso of truth on you.

In that mask, you'll put Christian Bale to shame. No, really. He'll pale by comparison.

For all the ladies who save the world on a daily basis.

You'll be the most charming outlaw on your block.

Your GOT fan level will determine whether or not you view Khaleesi, mother of dragons, as a superhero. But I'm going to go ahead and vote "yes." And if you're not blonde already, this might be a great excuse to try some hair dye, or a wig.

A classic. A leather-clad classic. If nothing else, being cat woman is a readymade excuse to wear your over-the-knee boots.

An oldie, but a goodie.

Nobody messes with this green queen.