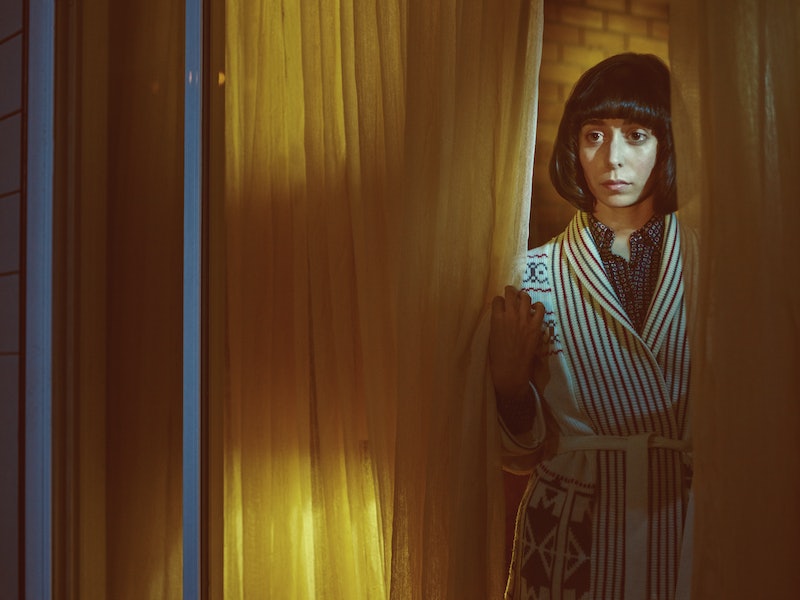 There are lots of balls in the air on Fargo Season 2. There's the murder of Rye Gerhardt, and Peggy and Ed Blomquist's attempts to cover it up. There's Lou Solverson's investigation into the triple murder at the Waffle Hut. There's the Gerhardt family's and the Kansas City mafia's parallel searches for the missing Rye, all while the latter attempts to absorb the former. Each of these storylines is chock full of colorful characters, from Kristen Dunst's hapless beautician to Bokeem Woodbine's menacing mob enforcer. It's fascinating, then, that the person who seems likeliest at this point to actually solve the mystery of Rye Gerhardt is perhaps the most unassuming character on the show: Lou Solverson's cancer-ridden wife, Betsy.

Episode 3, "The Myth Of Sisyphus," found Peggy and Ed continuing their efforts to cover up their confounding role in the Waffle Hut massacre, including re-wrecking their car to disguise the massive hole in the windshield created by Rye's body. But the reason they're spurred to take such sudden and drastic action — giving poor Ed a case of literal whiplash — is all because of Betsy. While getting her hair done at Peggy's beauty parlor, her father Hank Larsson (who's also the local sheriff) paid her a visit; naturally, talk of the nasty triple murder came up... within earshot of an increasingly frantic Peggy.

While Hank and Lou remain mystified by Rye's disappearance and the shoe in the tree, Betsy's got a theory that ties it all together: after shooting the three victims in the Waffle Hut, Rye stumbled outside where he was randomly struck by a passing car. (Ding ding ding!) Just as Peggy's boss Constance is about to mention Peggy's banged-up sedan, the beautician herself interjects her opinion that Betsy's theory is nonsense. After all, what kind of terrible person would hit a man with their car and not report it? Unfortunately, Hank agrees with Peggy rather than his own daughter. No one in their right mind would drive home with a corpse through their windshield and proceed to cook dinner, he says — describing pretty much exactly what Peggy did that fateful night.

But given Peggy and Ed's half-baked and slipshod attempts to dispose of any evidence (Ed had to wreck the car twice to get it right), it's only a matter of time before Betsy is proved right. The only question that remains is: Will her vindication also lead to her death? Since this season is a prequel to the first, we know that Betsy Solverson is no longer around when her daughter Molly is an adult. Did she simply succumb to the cancer that she's battling this season? Or did her involvement in her husband's investigation lead to an even untimelier demise?

Hopefully it's the former, because so far Betsy is just about the most sensical and sympathetic character in a season packed with violent mobsters and townsfolk disguising their deviousness behind a mask of "Minnesota nice." Of course, that probably means her days are sadly numbered.