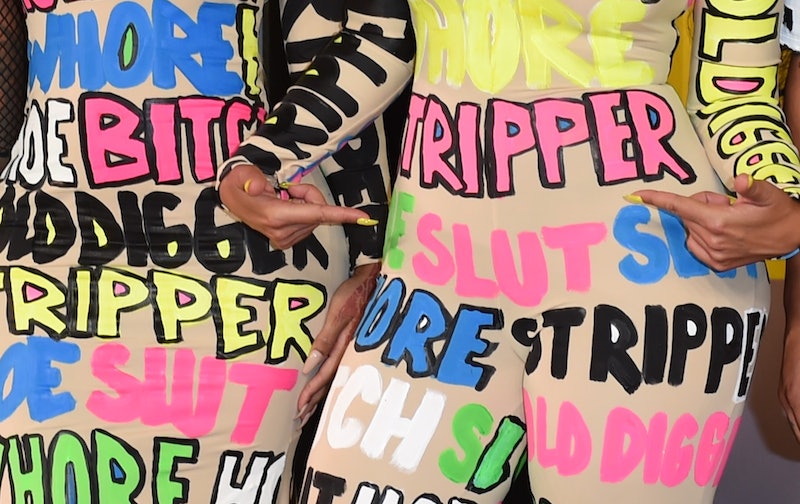 The feminist movement is arguably too vast and protean to package into neat, ideologically distinct boxes, and yet, the idea of sequential "waves" is useful when analyzing its development. The first wave centered around suffrage and property rights, while the second moved from de jure rights to de facto rights — and we've been stuck there ever since. While the third wave introduced more nuance and complexity to the movement through queer theory and Kimberle Crenshaw's concept of intersectionality, has there been a big enough sea change since to warrant a new wave?

According to Feministing founder Jessica Valenti in 2009, "maybe the 4th wave is online." In the years following her proclamation, there has been more discussion about the internet being a force for fresh feminist discourse, and there was an entire class dedicated to the subject at The New School in 2014 (which, coincidentally, I taught).

This November, a new documentary by Robert Adanto entitled The F Word delves into the social and political aims of the 4th wave through an analysis of cutting edge artists who employ their bodies to make radical statements about race, class, gender, sexuality, and bodily autonomy. So now that there have been articles, classes and films about the new wave, perhaps it's time to get comfortable with its existence.

Here are six facts about the 4th wave you should know, because whether you believe in labels or not, they can be useful tools for tracking feminist progress.

If 3rd wave feminism was heavily influenced by queer theory from the likes of Judith Butler, Eve Kosofsky Sedgwick and Jack Halberstam, then 4th wave feminism was founded upon the queering of gender and sexuality based binaries.

Although the sex positive movement began in the 3rd wave, if you believe the 4th wave began when Valenti said it did during the post-internet part of the 21st century, then the entire Slutwalk movement and the new brand of sex positivity it heralded is firmly in the 4th wave.

Trans* folks and trans* issues have taken a more visible role both in popular culture and within the feminist movement. If there is a 4th wave, it is decidedly trans-inclusive.

Although misandry can seem like the easiest way to combat misogyny, 4th wave feminists understand that centering queerness means embracing the myriad ways gender stereotypes, particularly masculine ones, can hurt us all.

The body-positive movement has skyrocketed with the advent of the internet, and we now have access to empowering representations of bodies of different shapes, sizes, colors, and abilities. The 4th wave relies on this visual representation of diversity to thrive.

Although the internet does not solely define 4th wave feminism, it is the engine that drives discourse, from hashtag activism to the digital forums that create community, foster debate, and encourage IRL action.