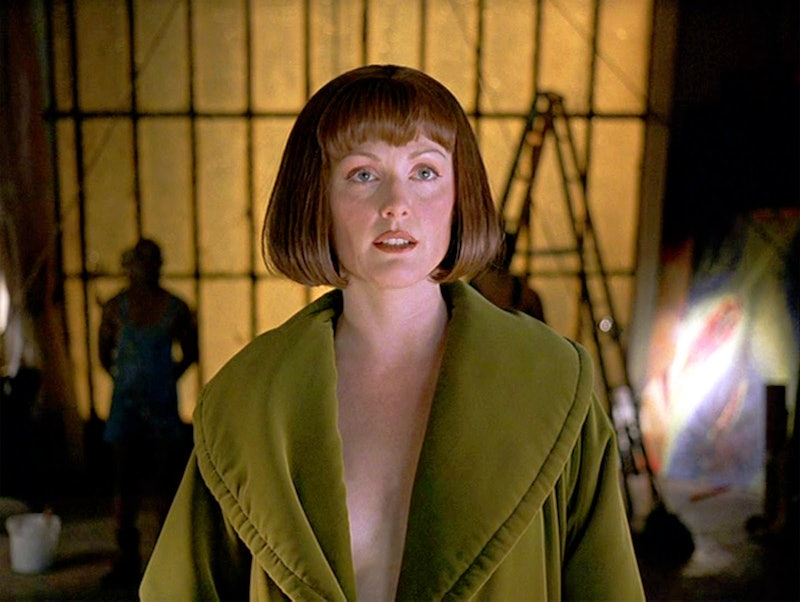 If you were a preteen or teen in the '90s you're probably around that baby-making age now, or at least have people in your life who are. So why not take inspiration from that amazing decade while naming said babies. Just recently at a baby shower I wrote "Chandler" on a piece of paper when we were playing baby name suggestions. I didn't mean it of course, and realized my pregnant friend was truly the best when her piece of paper said exactly the same thing. Great minds, apparently, love Friends.

The trend with baby names these days seems to be "The more they'll fit in with Gwyneth Paltrow's kids, the better", but I say "Apple Martin? Who needs her!" to that. Why not name your kids something classic, something more than following a trend? Something more memorable than a direction (North West)? Something that sounds less like an iPhone app (Suri)? Some of the coolest characters in film and television came out of the '90s, and I'm pretty sure your kid will wind up with a much less silly name than if you named it after something that was trending now. So here are some cool characters from the '90s to name your kid after:

Adriana La Cerva had the best wardrobe on television ever, period. So what if she had some dark times? She was the voice of innocence and virtue on The Sopranos, so the symbolism isn't all bad.

Otherwise known as the character that made a whole generation of women fall in love with Paul Rudd. Use if you want your kid to be a heartthrob.

I wanted to put Buffy on this list, but Buffy is a pretty silly name in the spectrum of silly names. Willow is also kind of Whole Foods chic, and Faith and Dawn already had their turn in the baby name spotlight. Then I realized Anya is the best character anyway, and a powerful woman too, so it's a win-win situation for your kid.

Who is cooler than Uncle Jesse? Can't think of anyone, can you?

I feel like it goes without explaining but I will tell you this: Elaine is EVERYTHING.

The first Die Hard came out in 1988, but there were two movies in the '90s, so this qualifies, especially because Die Hard 3 is the second best Die Hard. Yippee kiyay mother****er! And if you have a girl, call her Holly after John's tough as hell, smart as a whip estranged wife.

So she did a few drugs. She survived! Mia Wallace is still one of the coolest characters to cross the big screen. Runner up Pulp Fiction name for girls is Fabienne.

Yes, that's another Bruce Willis character, but you can't talk about the '90s without talking about Bruce Willis characters. Korben Dallas is the name of the future. Korben was the coolest guy. I mean, he had to be to pull off the bleached hair and neon orange tank top. (Also sorry but you have to change your last name or at least your baby's last name to Dallas, otherwise it doesn't work.)

If I could be any woman in any movie, I'd be Maude Lebowski. Because I'm already Kat George, maybe there's a baby out there somewhere destined to fulfill my dream for me.