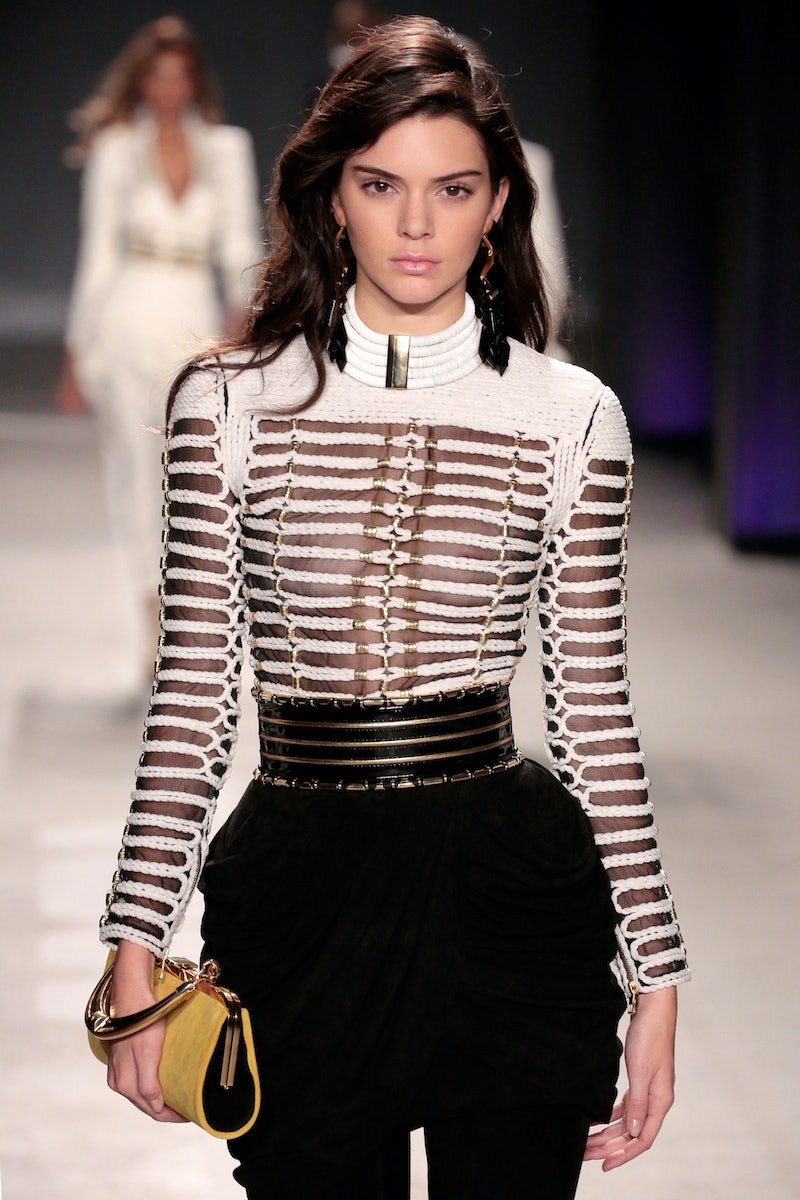 OK, the Balmain x H&M collaboration has just stepped up it's game by introducing us to Kendall Jenner's crew "The Kendalls" for an upcoming music video. Balmain, H&M, and Jenner herself posted various teaser clips of the video on Instagram and it's giving me "Bad Blood" vibes. From the looks of it, the model and reality TV star is the de facto leader of a fashionable squad set to take over the #HMBalmaiNation.

Looking extra fierce in a sequined green dress from the highly anticipated collaboration, Jenner enters a futuristic train car — similar to the one seen in the Balmain x H&M ad campaign — followed by four members of "The Kendalls." Jenner's crew is actually made up of vogue dancers: Paleta Calmquality, Lara Laquiz, Javier Ninja, and Raymond Wade. These talented performers are also part of the campaign along with Jenner, Gigi Hadid, and Jourdan Dunn. The music video will make it's debut on Oct. 29.

Now, back to that "Bad Blood" vibe that I mention earlier. It seems that the introduction of "The Kendalls" is setting up for a face-off with the other models in the campaign. I won't be surprised if we'll meet the members of Hadid and Dunn's respective crews soon enough. In the meantime, take a peek at the upcoming Balmain x H&M music video starring Jenner and her squad below:

Here's another clip from the video:

In this teaser, we get to see Paleta and Laquiz with their badass moves:

Are you Team Kendall yet?