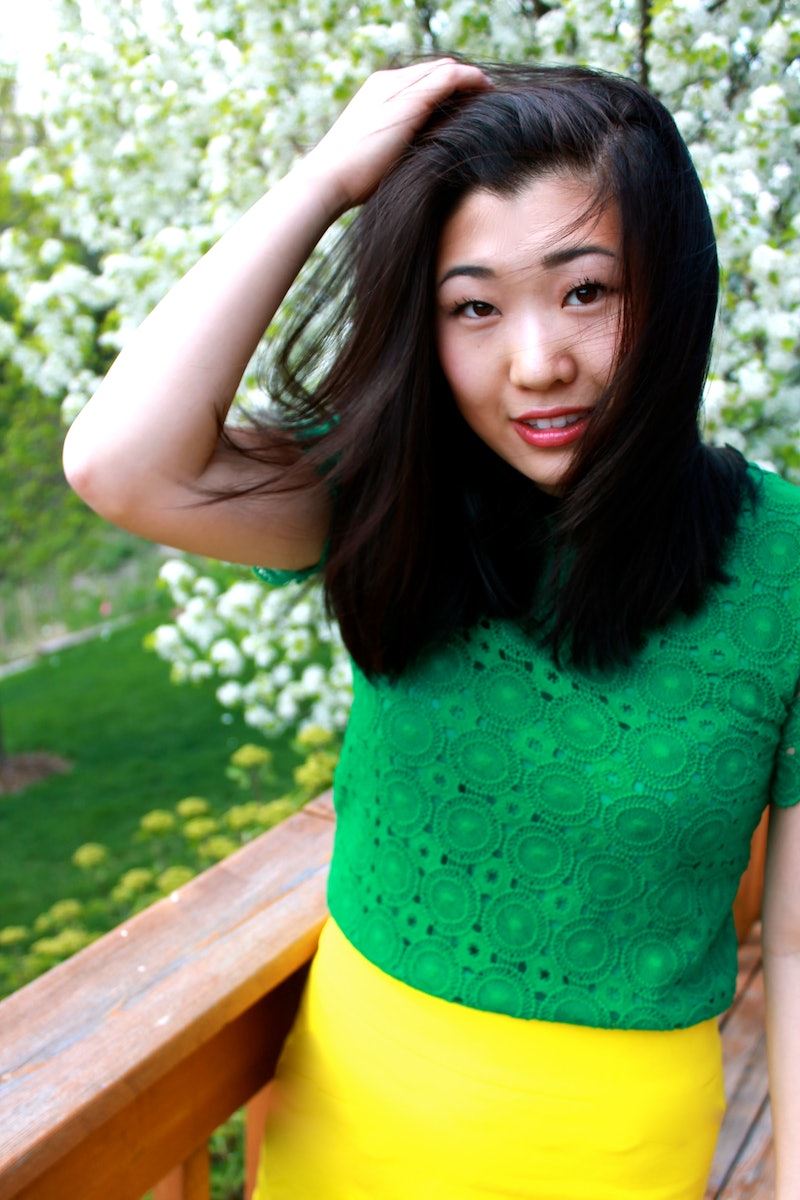 A month ago, Suey Park, a 23-year-old activist pursuing a masters at Colorado State University, was known to (and beloved by) her Twitter followers and readers of her blog Critical Spontaneity for being vocal about Asian American and feminist issues. Then, on December 15th of 2013, Suey Park started a hashtag, #NotYourAsianSidekick, that trended globally for over 24 hours and triggered an outpouring of support from people all over the world who were tired of being treated as "Asian sidekicks." The conversation attracted people from numerous cultural backgrounds and discussed everything from white feminism to Asian stereotypes. It also attracted attention and praise from national and international media outlets. I had the opportunity to interview Park over the phone about #NotYourAsian Sidekick, the other popular and insightful hashtags she has created, and her mission as a whole.

Park herself comes off as wonderfully sweet, but as soon as she begins speaking it is immediately clear how intelligent and dedicated she is. Intersectional feminist ideas roll right off her tongue easily and accessibly, and it seems clear that every point she makes, she could expand on even further. Her ideas are commanding, but she is approachable and supremely genuine.

Park herself can recall "so many times" that she felt she was assigned the role of "Asian sidekick." "Even the teachers would say things like 'You’re my little Asian China doll,'" she says. As a child, she remembers this made her feel "like an object — someone who doesn’t have personal feelings and thoughts but someone who’s talked around instead of to."

This continued throughout her life. In college, she says she was often "everyone’s one Asian friend. The one who made them 'not racist.'" She also faced open resentment. "I once had someone tell me to my face that it was much easier for me to get in [to college] and that’s the only reason I was there was because I was the only Asian in the cohort, and because of affirmative action." Worse, she says, she sometimes started to doubt herself as a result of these sorts of assumptions. "Rather than say 'Hey, no, I do deserve to be here, even if it were because of affirmative action,' at some points in my life ... I really bought into that."

But today, Park seems to be confident in herself and excited about growing her platform. She's eager to work on any number of issues, and since #NotYourAsianSidekick went viral she has been responsible for two more popular Twitter hashtags, #Nopologetics and #BlackPowerYellowPeril, the first of which Park says happened rather accidentally.

"My friend brought it to my attention that this girl had posted a picture of KFC on Christmas day and said 'Look it’s black Christmas!' And when people were getting offended by it she would just say 'I’m sorry but I’m not racist' and “I’m sorry but I have a black friend,' and all of these excuses. I was just joking and I said, 'This Christmas I give you all #nopologetics' and it really took off."

Accidental or not, Park says this is an important conversation that needs to be had, especially given the number of people within the past year who have "apologized" for racist statements or actions, from Justine Sacco to Eve Ensler's offenses to indigenous women to the shocking amount of blackface this Halloween to Ani DiFranco's recent decision to hold a retreat at a former plantation.

"There’s this whole desire to want to apologize to be politically correct without actually changing behavior," Park says. "And saying 'I’m sorry that you were hurt' or 'that you were offended' — that makes it all about victimhood."

#BlackPowerYellowPeril, on the other hand came out of her desire to confront what Park describes as "a long history of violence and racial bias between East Asians and black people." She wanted it to be a "starting place," a chance for both communities to discuss their pasts and to see what they had in common.

"I’ve always wanted to do something like that," Park says, "especially as someone who does a lot of women-of-color organizing and seeing the problems of anti-blackness in Asian spaces." She says she often hears comments to the effect of "'But white people ... have all the power. We want to be seen next to them, not the angry black people.'" It's something she very much hopes to change.

After all, she points out, "no matter how much we diversify these tables and how many different kinds of women are sitting at that table, it was never built for and by any of us."

Despite all the attention, Park says she does not wish to be a single voice or a token speaker on these issues. When asked what other Asian American feminists she could recommend to Bustle readers, she immediately gravitates towards the generation that came before her and influenced her work — people like Helen Zia, Yuri Kochiyama, Grace Lee Boggs, and Mari Matsuda, as well as her good friend Juliet Shen of the blog FascinAsians. On Twitter, Park often interacts with other feminists of color, both Asian and not, including #SolidarityIsForWhiteWomen creator Mikki Kendall.

Moving forward, she's eager to keep expanding her activism and continue spreading her message. She's especially eager to speak at colleges and she jokes about radicalizing students. "I feel so much of what we learn in our liberal university politics is how to be a good Asian, and how to raise money for your Asian students group or how to dance in this cultural show. Let’s talk about activism. Let’s talk about being more than a prop for this university on a brochure about diversity."

She and her friends are also working on building a team to explore new approaches to activism. But she lights up most when talking about her goal of opening an Asian American magazine.

"I know people are going to say the typical like, 'Oh that’s not very feminist of you, Suey Park.' But when I was in high school, I would have died to have a magazine that actually had all of the skin tones represented in the make-up tutorials section. Or an eye shadow tutorial that wasn’t just Western eyes. Or clothes that aren’t made for six foot models." She says progress on the magazine goes slowly, but to be on the lookout for an eventual Kickstarter.

For more of Suey Park you can (and should) follow her on Twitter and check out her blog Critical Spontaneity.