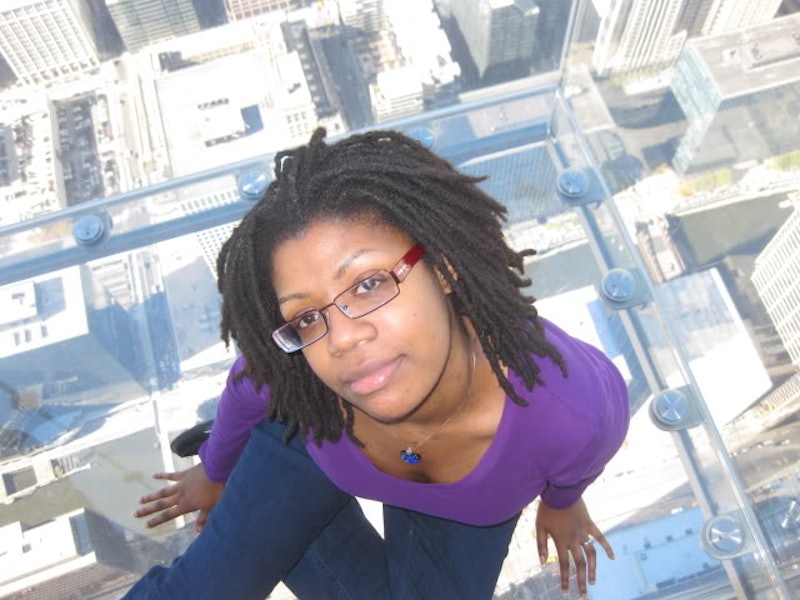 That's the question of the day for outlets from HuffPost Live to Al-Jazeera, as the newly persistent hashtag catches on beyond American borders.

Here's how it started: The "retired" self-proclaimed "male feminist" Hugo Schwyzer used to write for feminist blogs from xoJane to Jezebel, but quit after the years of "standing up to women's anger" had "destroyed his mental health." Right.

When Schwyzer called out a black woman who had criticized him, and no white feminists came to her defense, well-known black writer Mikki Kendall tweeted this:

But Hugo Schwyzer is not the point. In fact, as they said in as many constructions as they could muster, continuing to talk about Hugo-Schwyzer-as-catalyst gives him far too much credit, and distracts from the wide-ranging, deep-running set of concerns these feminists of color are airing under its auspices. Conley explained:

And the tweets marked with this hashtag have become quite the conversation, though Conley says the dialogue must stretch beyond social media, asking "How are we going to facilitate a space where multiple voices are allowed to speak up, and not be condemned for it?"

How do we facilitate that space? These social media-based feminists are asking self-proclaimed white feminists to engage with the content of this conversation, which will demand self-reflection on the structures of power that already exist. Conley has some ideas for would-be feminist allies: "There is power — there is — in silence."

So what is #SolidarityIsForWhiteWomen about?

Correction: The original version of this story stated that Jill Filipovic was Hugo Schwyzer's editor at Feministe. Fillipovic has not in fact edited Schwyzer.

More like this
How To Fight For Reproductive Rights, Based On How Much Time You Have
By Courtney Young
The Music Industry Continues To Fail Black Women
By Precious Adesina
Sandra Bullock, Girlboss Extraordinaire
By Matt Harkins & Viviana Olen
Yomi Adegoke On The Offline Diaries & The Power Of Representation
By Jessica Morgan
Get Even More From Bustle — Sign Up For The Newsletter