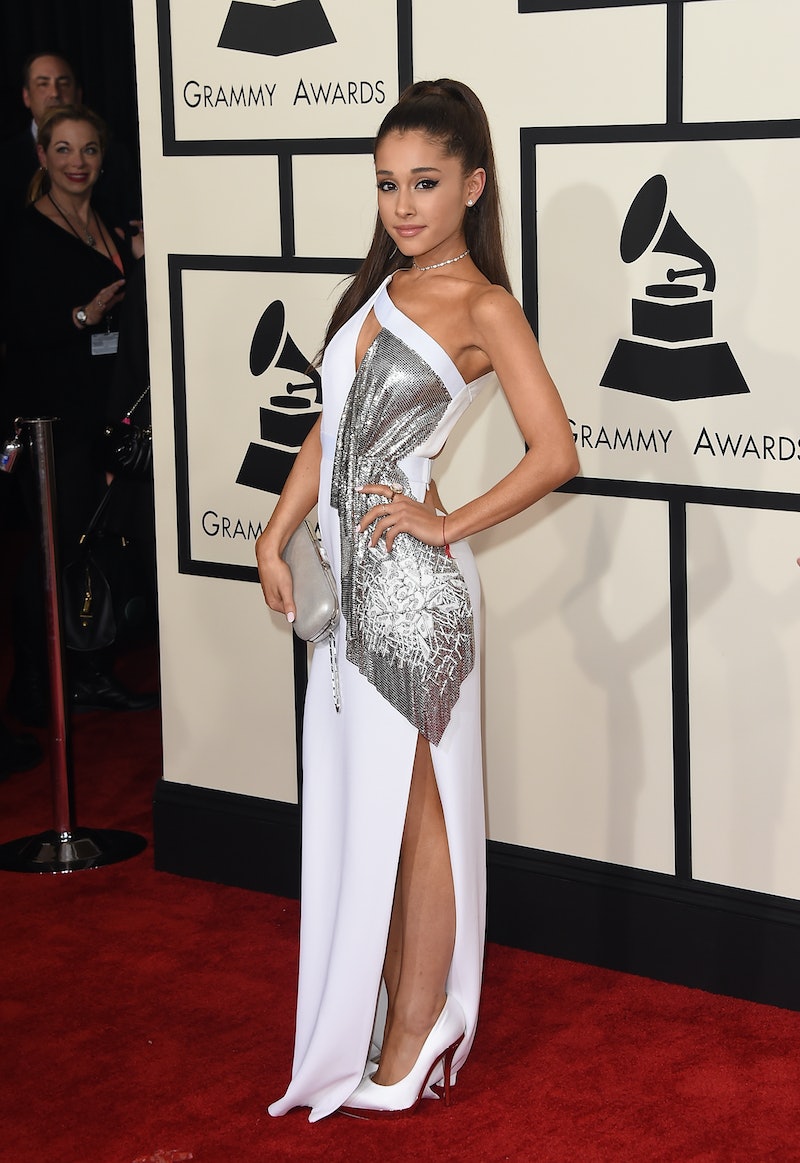 Between filming Scream Queens, releasing new music, and shocking us with platinum blonde hair, it's a wonder this pop star has time for anything else. MAC Cosmetics has announced that Ariana Grande is 2016's #VIVAGLAM spokesperson, and it looks everyone will be seriously coveting her two-piece collection when it's released in January. Whether you go with the girly shimmering pink Lipglass or the sultry matte plum lipstick, though, one thing is for sure: they'll go great with your Ari-inspired everyday cat ears.

Ariana is following in the footsteps of former #VIVAGLAM spokespeople Nicki Minaj, Lady Gaga, Miley Cyrus, and Rihanna. The role is an iconic one, and not only is it one of the brand's most coveted spots, but also one of its most charitable. Since VIVA GLAM's inception in 1985 (minus the hashtag, of course), the proceeds have gone to benefit people affected by HIV and AIDS through the MAC AIDS Fund.

And the honor isn't lost on Grande. She posted her excitement on her Instagram page, saying, "I am beyond honored and excited to be working with a brand that stands for and always has stood for EQUALITY.... I have loved & supported @maccosmetics ever since I was a little girl walking through the mall and saw your first #VIVAGLAM girl in the window @rupaulofficial. I'm so honored!!!"

And hey, maybe someday, a new #VIVAGLAM girl will remember seeing Ariana in the window.

The #VIVAGLAM collection is always about lips, but it would have been nice to have a cat-eye perfect eyeliner in Grande's — seems fitting, right? However, I am obsessing over the deep purple hue of the lipstick.

It's not like Ariana hasn't had some fabulous lip moments too, though. Her perfect red pout outshined her cat eye at a Republic Records party...

Her electric purple lips stole the show at the 2014 VMAs...

And her perfect fuchsia pucker was the best part of her "Love Me Harder" video.

Even though a sweet eyeliner flick is usually her thing, she's definitely worthy of a lipstick line, too.