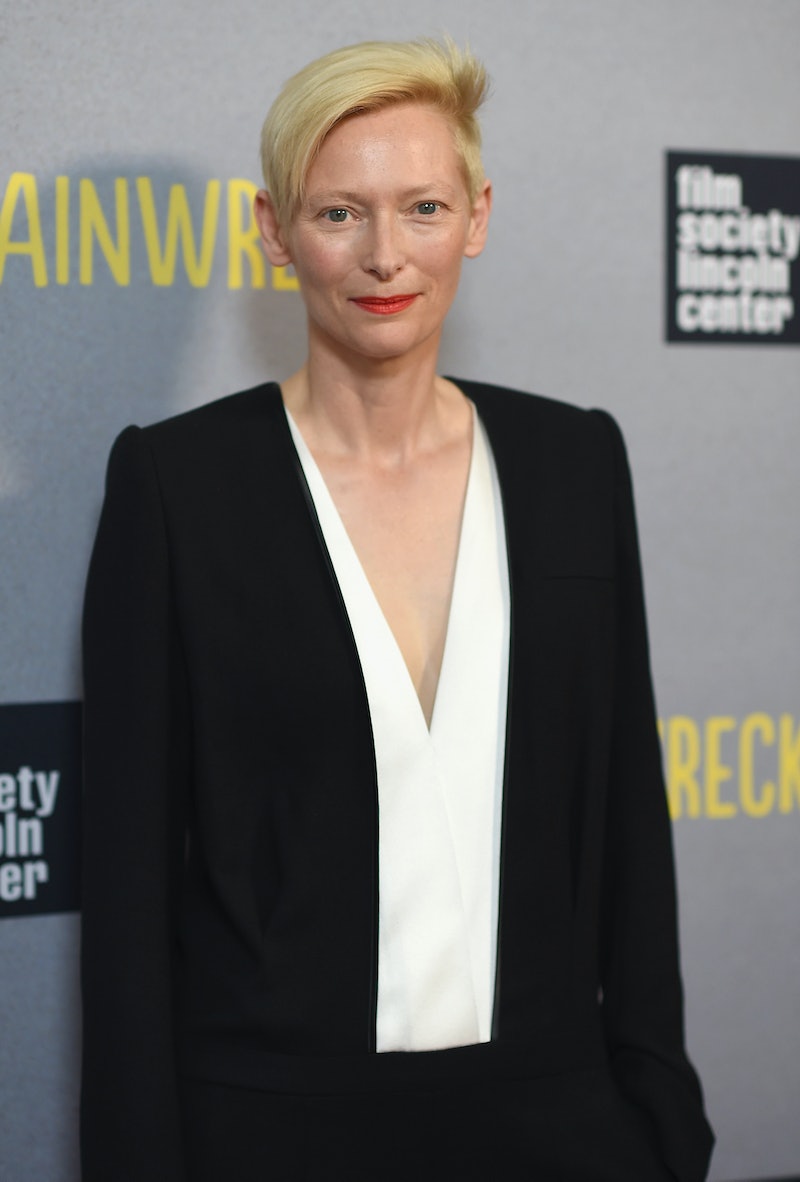 With the latest James Bond movie, Spectre, premièring this week it feels as though we're being overwhelmed with the same old renewed discussion of who should be the next James Bond and bring fourth that penchant for careless love affairs, vodka cocktails and basically killing bad guys. The popular consensus always seems to fall with typical choices such as Benedict Cumberbatch, Damian Lewis or Henry Cavill — you know, the terrifically British, upstanding type of white man who Bond writer Ian Fleming wrote the original stories as — but there's a growing conversation around Bond being cast outside of that standard box.

For a while, the wonderful Idris Elba was being championed by many as the next potential 007, whilst the concept of Bond being played as a gay character, or even by a female actor, are ideas constantly being chatted up on the Internet as a way to breath fresh life into an outdated character. Recently, Daniel Craig told Sky News that "anything is possible" when questioned whether the British spy could be played by a woman, black actor, or developed as a gay character, whilst Pierce Brosnan gave a positive "Sure, why not?" when asked it about in Details magazine.

Meanwhile, Roger Moore has been doing his best Grandpa Simpson impression, waving a solitary fist at a cloud and responding that Bond could be none of the above because it isn't "true to the character." True to to the character or not, I'm definitely ready for a new era of Bond to take over. Here are some of my favorite less than typical suggestions.

An androgynous Queen, Swinton oozes typically British cool with the sort of alluring edge that makes her not only hugely seductive (to men and women. That's a perk of being an MI5 spy, right? The bed notches?) but also dangerously cool. Just take a second to imagine Swinton wearing the finest suit known to man, ordering a Vodka Martini, gun hidden carefully beneath the bench of bar, whilse eyeballing a finely dressed villain across the room. That's a good image, right? Make no mistake, Swinton would kill it.

You might not be immediately familiar with this British actor, but, trust me, you probably know him and just don't realize it yet. Akinnuoye-Agbaje, who you might remember as the tremendously fearsome Simon Adebisi from HBO's OZ, is a juggernaut of an actor with an impressive presence. While he can easily play it cool enough to call some serious bluff at a villains lair, he's also got the skills to go all special agent on bad guys when he needs to. Plus, he's pretty easy on the eyes, which as we all know is the British government's first line of defense in distracting villains from going about their everyday business.

I admit, Izzard is definitely thinking way out of the box when it comes to a potential Bond, but hear me out. If producers are ever looking to go back to the less than golden-era of Roger Moore's Bond, for whatever reason, then Izzard is your man. Don't let his comedy background throw you off, Izzard can hold his own playing dramatic roles too (such as his turn as Dr. Abel Gideon in Hannibal or his one episode arc as James Thrush in The Good Wife), and is fiendish enough to play a deadly spy with great relish. Izzard could bring a fresh nuance to the role of Bond. I, for one, can vouch for how sexy great lingerie can feel underneath a great suit, though I'm not sure Bond producers would encourage such a line of intrigue (sadly for us all).

Newton has some serious acting chops about her, but she's also quintessentially British with the sort of fine tuned elocution that probably makes the Queen herself feel common as muck (well, probably not. I can't expect her to be sweating about such things whilst supping out of her fine china in her massive mansion). Newton always gives off the impression of having the sort of superior intellect that you'd want from somebody willing to infiltrate dangerous territory via her wits alone so just give her a duffle bag of gagdets already and watch her slay the opposition.

So, at this point, Temple is definitely way too young to step into such big spy shoes, but let her grow a little more and develop those (already well honed) acting skills and she could be an incredible Bond. With roles in Atonement, Killer Joe and Sin City: A Dame To Die For showing that Temple can formidably play roles on the darker spectrum of the acting range, her performance as the sexually adventurous London in Gregg Araki's Kaboom proved her comfort with seducing men and women on all scores of the Kinsey scale. Hopefully, by the time audiences have learned to accept both a gay and a female Bond, then Temple will be old enough to give it a shot.

This one is still pretty typical, but so be it, because, if looks could kill, then Tom Hardy would need a license for his face. Aside from ticking every box that a potential Bond actor needs to in order to be considered, Hardy seems like a shoe-in, except he definitely isn't your standard Bond actor. Hardy is a bit of a notorious oddball and an even more notorious wild card, but all the more lovable for it.

This is such an obvious one that I almost can't believe that the heaving Anderson fanbase of the Internet hasn't been cheering this idea on already. As well as being a uniquely talented actress who actively chases roles that are complex and challenging (it's 2015 and we still need to make a point about just how important this is), Anderson is also a champion of feminism in a minefield of actresses desperate to publicly state otherwise. If her spectacular role as the fiercely inquisitive and insanely cool Stella Gibson in The Fall (complete with sex positive flings with both men and women) isn't enough to convince you that she's ready to take on such a weighty mantle as Bond, then you may never be convinced of anything.

Andrews might not be the immediate actor you'd think of for potential alternative castings of Bond; in fact he might not even be on your radar at all (you'll probably remember Andrews best from his role as Sayid Jarrah in Lost, whilse recently he also showcased his skills in the Netflix Original series Sense8), but, just because he's a small fish in a very big pond doesn't mean he isn't worth paying attention to. Andrews can exhibit a toughness deftly softened by a sincere tenderness (be still my beating heart), something that has been teased with the current run of Bond movies (most notably in the tragic romance arc of Casino Royale) and which should be returned to. Bond can still be an emotionless killer, but it doesn't mean we shouldn't be able to witness some semblance of humanity in his eyes.

Fans of The Good Wife will already be well aware of the diminutive, leather clad powerhouse that was Kalinda Sharma. Ludicrously charming and disarmingly seductive, Panjabi played the role with a cold air of direct professionalism and possessed the character with a sense of real threat, which meant you truly believed she could handle herself in a number of dangerous situations. Though she may be quite a bit smaller than the role supposedly demands (does being tall make you a better spy? I'm not convinced), she can play cunningly deceptive like few others. Maybe it's time for the classic Bond tuxedo to go leather? Just a thought.

I'm not going to hold my breath about the movie industry changing their well versed tune regarding the casting of Bond remaining white, male, and straight, but a girl can dream. And, you never know. The producers of Bond might have one or two tricks left up their sleeves for us just yet.