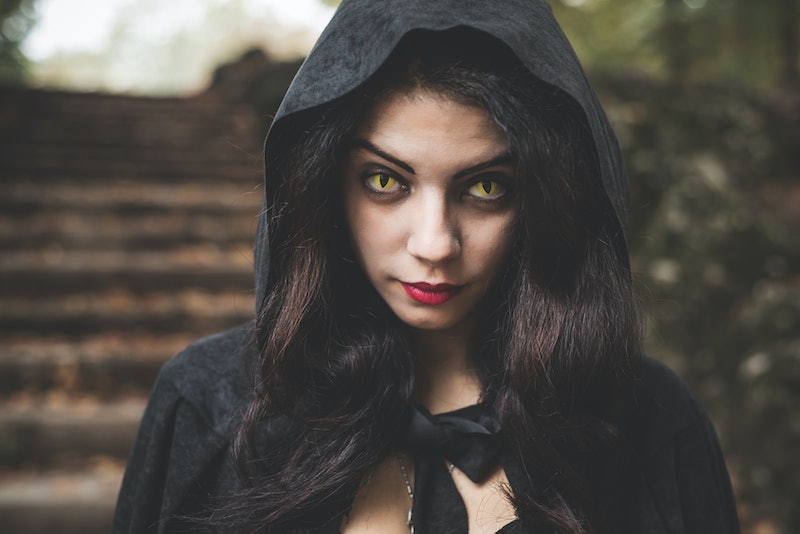 With October 31 just days away, we’re down to the wire when it comes to what to wear for Halloween this year. Or, maybe you’ve decided to just skip the whole thing and forget about it. If that’s the case, hold up. According to research, dressing up for Halloween creates three major experiences that we all deserve: fantasies, feelings, and fun. Who doesn’t want to be someone else for a change?

Although Halloween used to be solely associated with a kid’s holiday, it has become something that people of all ages embrace. Research has found that the majority of adults dress up for Halloween, at 64 percent, and here in the States, where Halloween is celebrated the most than in any other country, Americans will spend almost $7 billion on Halloween, including costumes, parties, and all the rest of the fun that comes with it. Adults even spend far more on their costumes than kids, with the little ones spending roughly $950 million and the adults dropping $1.2 billion ― that’s how big of a deal it is for us.

According to research of their users, OkCupid has found Halloween isn’t just a time for fantasy and fun, but a time to let ourselves enjoy our dark sides, too. To prove their case, OkCupid examined the anonymous user data to find some rather interesting connections between our inner spookiness and our sex life… just in time for Halloween.

1. Women Who Believe In Ghosts Like To Film Themselves Having Sex

According to OkCupid’s findings, women who believe in ghosts are seven percent more likely to film themselves having sex, than those who do not believe in ghosts. As for why, the research can’t say. It’s just that that happens to be the case.

It seems that if you’re the type of person who dresses up for Halloween, then you’re 19 percent more open to the idea of dressing up for sex, too, as in role play. Whether you decide to take the route of dressing up as a school girl or a large slice of pizza, those who revel in Halloween are more likely to revel in costumes every other night of the year, too.

3. Fans Of Scary Movies Are More Likely To Be Into Pain During Sex

If you’re into scary movies and you like pain during sex, then you’re not alone. According to the data, it’s those who can’t get enough of The Shining and similar movies who are 15 percent more likely to enjoy pain while getting it on with their partner. Dripping hot wax with some Silence of the Lambs in the background, anybody?

How this particular one has any correlation is beyond me, but as OkCupid found those who play Dungeons and Dragons are 20 percent more likely to love the taste of blood. How does one even know they like the taste of blood if they’re not a vampire by night is my question, but different strokes for different folks, as my dad always says.

People who spend eight hours or more a day playing video games, are 25 percent more likely to actually think it’s a-OK to have sex with a serial killer. Huh? Takeaway: Cut those video game playing hours to 7.75 just to be on the safe side. Prolific serial killers like Ted Bundy may be long gone, but that doesn’t mean that there isn't an active serial killer in the making somewhere, plotting their next kill not too faraway. Spooky stuff.

More like this
Here’s How To Deal With Sexual Frustration If You Don’t Want Casual Sex
By Annakeara Stinson and Mackenzie Sylvester
Here’s How To Reignite The Spark In A Sexless Relationship
By Vanessa Marin
I'm 42 & I've Never Had Sex. Is It Too Late?
By Sophia Benoit
25 Quotes About Love To Share During Pride Month 2022
By Madeleine Aggeler and Emma Garza
Get Even More From Bustle — Sign Up For The Newsletter