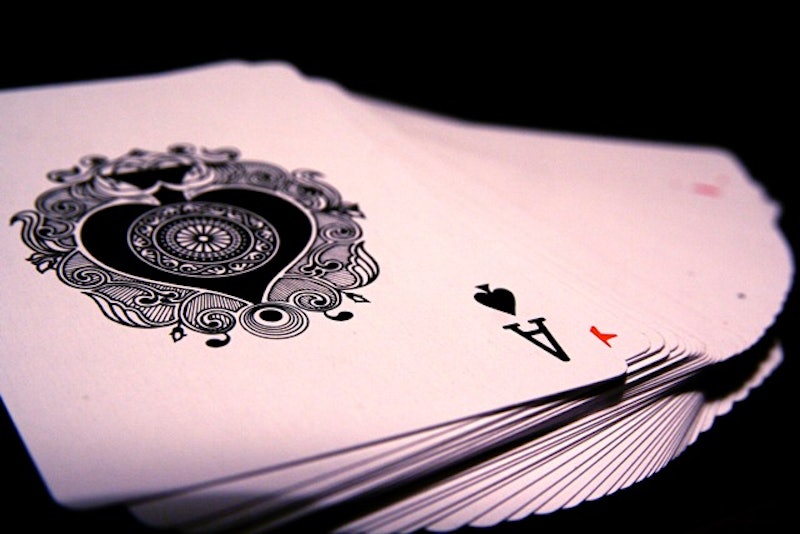 Have you ever used a common phrase, one you've heard a thousand times before, and suddenly wondered, "Where did that expression even come from, anyway?" I know I have. But what I didn't know until recently is that in the U.S., a lot of our most popular phrases have racist origins. While that's horrible, it's also not the end of the story — many common phrases we use every day, which did not have initially racist origins, were then repurposed to have racist meanings somewhere along the line. Over time, we forgot about those definitions, and have gone back to using the phrases as usual — but when we do so, we're carrying their secret racist history with us.

Of course, the nature of the English language (or any language, really) is that it's almost constantly changing. And sometimes, this means that certain terms and phrases can change their meaning over time. Sometimes a word's troubling origins are forgotten. Sometimes a perfectly innocuous phrase can be utilized by racists for their horrible agenda, tainting it. And sometimes, more happily, the opposite happens, and once-bigoted phrases are reclaimed and used in positive ways by the very groups they were intended to marginalize. ("Slut" and "queer" are two such terms.)

Basically, English is a tricky language, and I think anyone who speaks it understands that. So we can forgive ourselves for not knowing the history of every single word and phrase we use. However, that's not an excuse to keep from learning and thinking about what the things we say really mean, and the cultural baggage attached to them. Here are five common phrases used in Western culture that have some seriously messed-up, racist backgrounds.

Until recently, I genuinely thought this phrase only meant "call it like it is." I grew up hearing it, and even though I've never used it that often (mainly because I just don't think it's that commonplace among millennials), I didn't think there was anything problematic about the term. However, after doing some research, I'm definitely not using it again.

"Call a spade a spade" has been in use for nearly half a millennium (and variations on it date at least as far back as A.D. 120). But it didn't start to take on the racist connotation it has now until the early 20th century. Evidently, in the 1920s, "spade" started being used as a slang term, and then a derogatory slur, for a black person. This racist shift in the phrase's meaning also lead to the equally offensive phrase "black as the ace of spades."

This is yet another phrase that wasn't initially racist, but has developed racist connotations over time. Furthermore, the way in which this cheery exclamation got its racist meaning will make you sick to your stomach.

"Hip-hip hooray" developed from the German "hep hep," (which was a harmless, adorable call shepherds would use when herding their sheep). But during the Holocaust, German citizens started using it as a rallying cry when they would hunt down the Jewish citizens who were living in the ghettos. And the phrase's anti-Semitic undertones go as far back as 1819, with the Hep Hep riots — a time of both Jewish emancipation from the German Confederation and communal violence against German Jews.

Of all the phrases on this list, I have probably heard this one used, and used it myself, more than any of the others. And now that I know where it comes from, I feel pretty horrible about how cavalierly I've tossed it around in the past.

In case you aren't familiar "grandfather clause," or the act of being "grandfathered in," Merriam-Webster defines it as "a part of a law which says that the law does not apply to certain people and things because of conditions that existed before the law was passed." It's a term that is, ironically enough, most often used in professional, business-type situations. So, for example, you can be "grandfathered in" to your cell phone plan, or excluded from the new restrictions of your employer's health insurance premiums due to the "grandfather clause." Sounds harmless, right? Well, it's not. And this one didn't take on a bad meaning over the years — this one's been racist from the very beginning.

The term "grandfather clause" originated in the American South, way back in the 1890s. At that time, several Southern states developed and enforced the clause as a way to defy the 15th Amendment, and thus prevent black Americans from utilizing their then-newfound right to vote. The "grandfather clause" stated that black men could only vote if their parents or grandparents were able to vote before the year 1867 — which was, conveniently for the racist lawmakers, many years before black Americans were permitted access to voting rights.

If you've ever used the term "paddy wagon" to describe a police car, you should know the root of this phrase is incredibly offensive.

"Paddy" is actually a shortened form of "Patrick," which began being used in the 1700s as a derogatory term for Irish people. As for "wagon," as you've probably already gathered, it's simply meant to refer to any type of vehicle.

It's unsure whether the term "paddy wagon" came about due to the large number of Irishmen who worked as police officers, or if it was due to the widespread negative stereotype that Irishman were rowdy alcoholics who spent much of their time in the back of police cars. Either way, "paddy wagon" is not an OK term to be using in 2015 — so let's just retire it for good.

Fortunately, I personally haven't heard "the itis" used very often, but it is a term that still exists among modern English speakers, even though it really shouldn't. The term refers to a racist stereotype of lethargy which used to be associated with black Americans. Even typing about the origin of this term makes me really uncomfortable, but in case you weren't aware, you should know that "the itis" is actually the shortened version of the original, extremely offensive version of the term — "n****itis."

The origin of "the itis" may seem more obviously horrible than just saying "food coma," but considering how these two terms come from the same beginnings, I'm going to drop "food coma" as well — and stick to just saying "I'm full" instead.