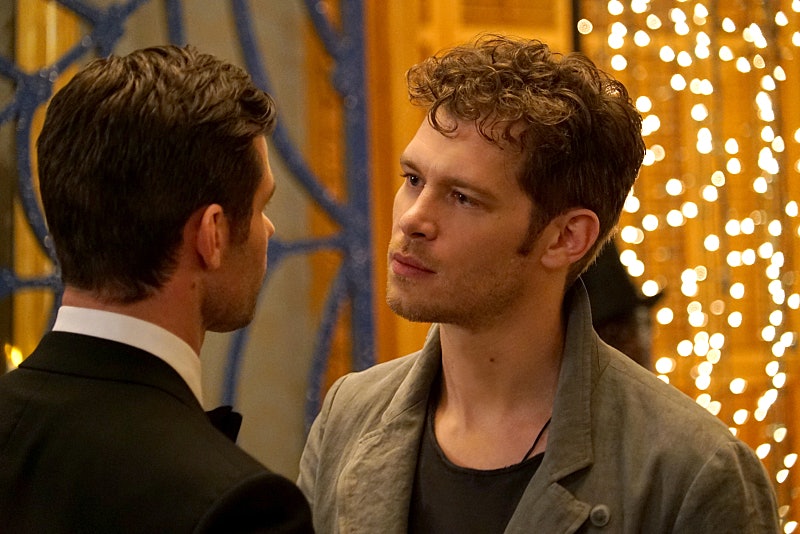 The idea of The Originals without Klaus is like a Halloween without Reese's Peanut Butter Cups — it's just wrong. And yet, could we be heading to a world without Klaus — a Klaus-less Originals? On Thursday night's episode, "A Walk on the Wild Side," the seer witch, Alexis, revealed that her prophecy — the one that predicted that Rebekah, Klaus and Elijah would fall — has gotten clearer, and it doesn't look good for Klaus. In fact, Alexis tells the Mikaelsons that she sees the exact weapon that kills him. But, could Klaus really die on The Originals ?

In "A Walk on the Wild Side," Alexis left Lucien for Tristan after seeing Klaus and Lucien's deaths in her visions. "I watched them fall. I watched them burn. Every soul they ever turned. Lucian is doomed. I watched his sire be destroyed and I know exactly how it's done," Alexis told Freya before showing her a vision of someone burying Freya alive. Unfortunately, just as Alexis was sharing her more detailed vision, which she claimed showed the weapon that killed Klaus, with Hayley and Lucien, she died of poison. Hayley and Lucien saw flashes of the prophecy, but, as far as I could make out, no weapon was seen.

The prophecy remains vague, and Tristan tried to convince Elijah that Lucien might just be lying about the entire thing, and have poisoned Alexis himself to hide the fact that the prophecy was, in fact, not clear at all. Perhaps Alexis never saw a weapon that could kill Klaus in her visions. But, if she did, rest assured it's highly unlikely that Klaus could die. For one thing, he's the star of the show (though, as The Vampire Diaries recovers from losing Nina Dobrev's Elena, this has less and less value).

More importantly, he's one of the original vampires, and if he dies, his entire sire line goes with him — including Damon and Stefan Salvatore, aka the stars of TVD. If Klaus dies on The Originals, then essentially the entire cast of characters over on TVD would have to go too. I don't see that happening for at least a good five years.