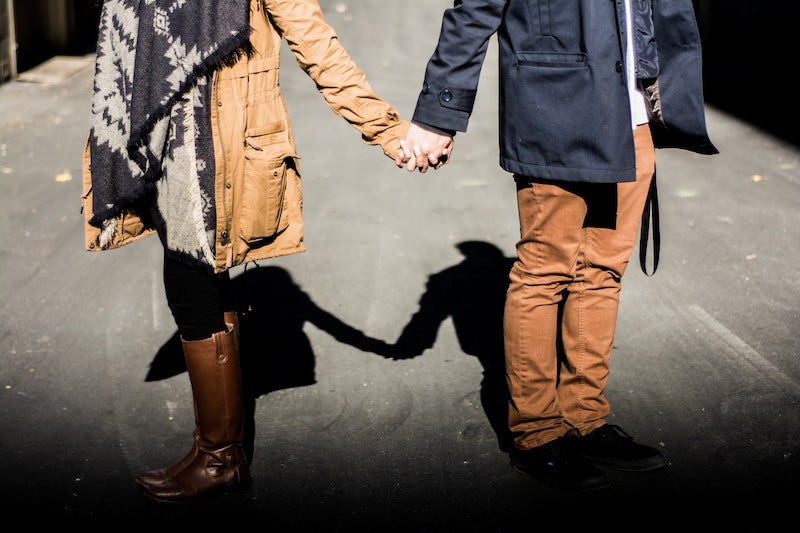 The concept of affirmative consent dictates that "yes means yes," and that only an enthusiastic "yes" constitutes sexual consent. But what is not consent? A lot of the things we've been taught indicate sexual consent are actually not adequate ways of determining if your partner is into it or not. In order to make sure a sexual encounter is OK with both partners, consent needs to be vocal, enthusiastic, and continuous.

Just teaching people, especially young people, what is and isn't consent can have a huge impact on their behavior. For example, in a survey published in Violence and Gender, 32 percent of college men said that if "nobody would ever know and there wouldn’t be any consequences," they would have “intentions to force a woman to sexual intercourse.” (Terrifying, I know.) But fewer — 13.6 percent — said they would have “any intentions to rape a woman.” (Yes, still terrifying.) Just calling it rape deters people from doing it, so the better people can recognize assault, the fewer sexual assaults are likely to occur.

Under the standard of affirmative consent, which, by law, must be used on college campuses in New York and California, consent isn't about not saying "no," — it's about actually saying "yes." That obviously doesn't have to literally be a "yes" — it could be an "mmhmm" or a nod — but what's not negotiable is that the following behaviors most certainly do not constitute consent.

Many sexual assault victims don't say anything during their assault because they're in shock or don't want to further provoke their perpetrators or don't feel like they have a choice. To make sure they know they have a choice, ask your partner if what's happening is OK, and if their body language suggests they're not totally into it, you should ask if everything's all right then, too.

2. Consent To An Activity At A Different Time

Think of it this way: If someone wanted to play Monopoly with you on Wednesday — even if they were begging to play — that doesn't mean you automatically get out the board on Friday. They might have decided they don't like Monopoly, or they may be in the mood for chess that night. The same goes with any sexual activity. Just because you had consensual sex once doesn't mean you have the go ahead to have sex again.

3. Consenting To Something Then Changing Your Mind

If someone wants to stop in the middle of something, whether because it's uncomfortable for them, because they changed their mind about wanting to do it, or because they're just tired of it, you have to listen, or else it counts as assault just as it would if they said no from the start. Again, checking in if someone's body language seems off could be enormously helpful for making sure this doesn't happen.

4. Consent To Something Else

If someone consented under the pretense that you are monogamous, STD-free, on birth control, or any other false information that is relevant to them, they didn't actually consent to sex with you; they consented to sex with a fictional person who meets these criteria.

If someone says "no" and you beg them or tell them they owe it to you or that you'll be unhappy with them otherwise or keep trying until they give in, they're not consenting. They're just expressing consent because they don't feel like they have a choice, and consent can only be given when there's a choice.

7. A "Yes" From Someone Incapable Of Giving Consent

If someone is drunk, unconscious, sleeping, or a minor, it doesn't matter if they've said "yes" or not. They're not in a state to fully understand what's happening, so they can't consent to it.

If you still have questions about what is and isn't consent, try watching this amazing video from Planned Parenthood. (If you don't watch it for the information, watch it for the hilariously awkward moments when the narrator pops up in the couples' bedrooms.)