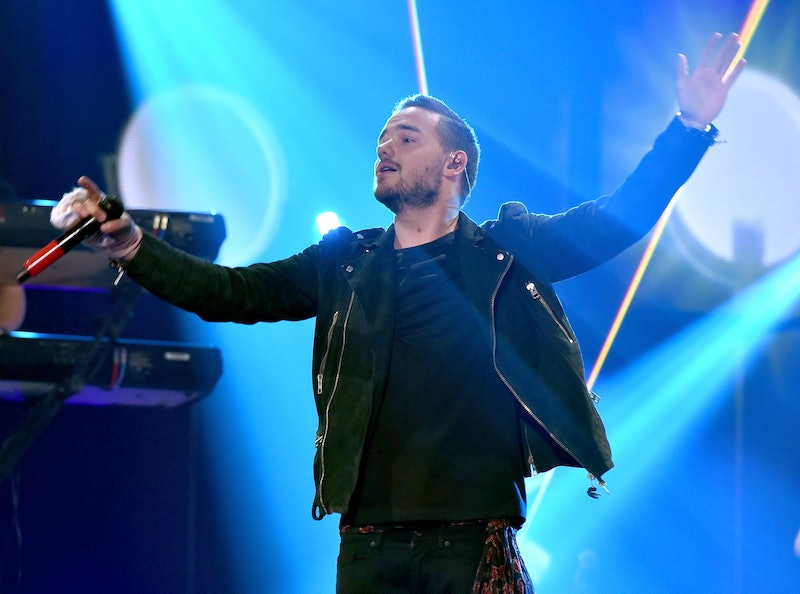 1D's Liam Payne gave us the greatest gift late Thursday night, when he shared a video on social media of him lip-syncing to a new One Direction track callled "Olivia" from their forthcoming album Made in the A.M.. As if news that the album will be available in a choice of covers wasn't exciting enough, Payne's cheeky Twitter share has gotten us even more pumped for the album's worldwide release on November 13.

One Direction have had a tumultuous year so far, with Zayn Malik leaving the group in March. News that 1D would be releasing new music as a four-piece was well received, but it was followed by an announcement that they'd be taking a hiatus in 2016. How will we cope?!

So, Payne's tweet was most definitely welcome, and it's exciting to see the remaining members of 1D being positive about their new songs. Malik has made some controversial choices following his departure from 1D, making it clear he wants to break away from the boy band image and, most recently, breaking up with his fiancee, Perrie Edwards of Little Mix. One Direction's commitment to their fans, and to making a new album that's true to who they are as a group, is undoubtedly what's getting them through the loss of their brother and the feuds that the media might try and invent between them.

Liam Payne clearly loves and respects One Direction's fan base, and Payne's Twitter feed is total evidence of this. Sharing cheeky sneak peeks of new music and constantly thanking fans directly for their messages and ongoing support, are all ways that Payne is keeping the 1D flame alive. He's committed to the group and its fans, and this gives us major feels.

Obviously, it's not long until we get to experience 1D's new album — in fact, it's probably time to start an official countdown, right? But, in the meantime, it's amazing to have snippets like the video below that Payne shared on his Twitter feed, especially when he says things like, "I shouldn't really be doing this." We're grateful you did, Payne. Thanks so much!