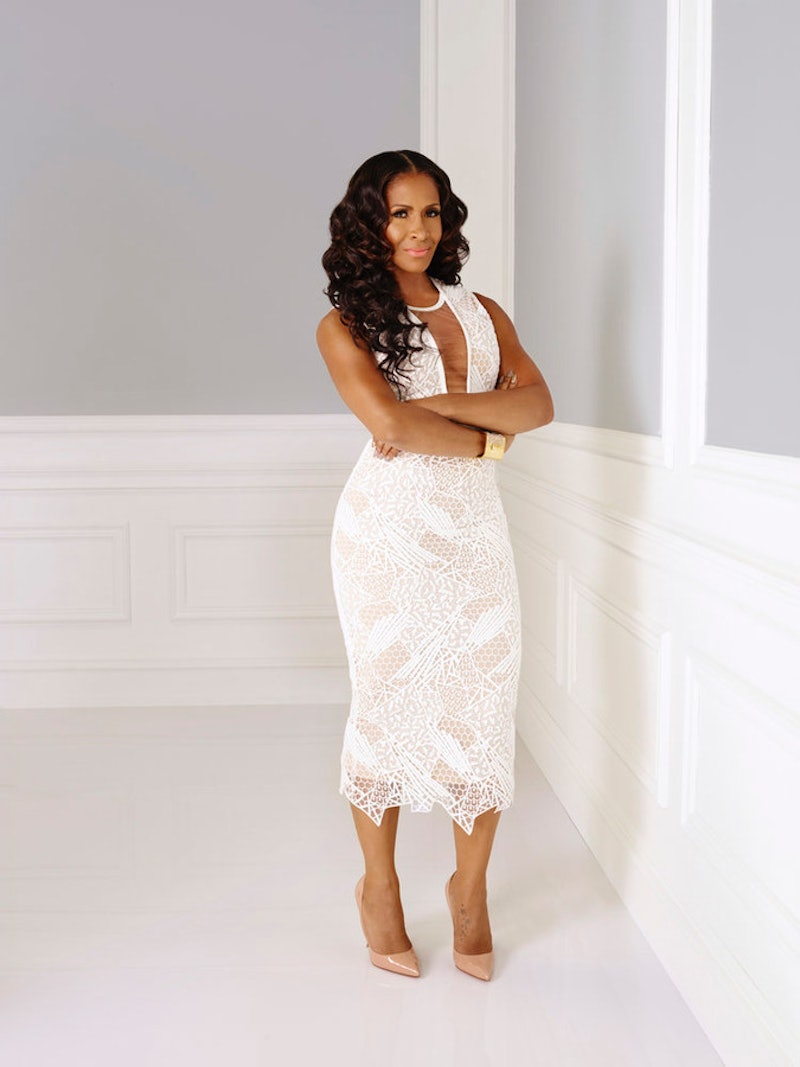 Don't doubt it: Shereé Whitfield knows how to make an entrance. She didn't even walk into Cynthia Bailey's sunglass line launch until after the designer/guest of honor made her big appearance, and somehow made a bigger impact even though she wasn't wearing a white bikini. Yes, Shereé Whitfield is back on RHOA , and even better: she's already fighting with Kenya. And Kenya didn't waste any time, either. She immediately got shady, asking about the progress of Chateau Shereé, which still isn't finished even though it's supposedly been four years since she started the construction project.

Of course, Kenya claims that her house will be finished in just three months, and that most people can build a house from the ground up in six. Shereé's financial woes were a part of her last appearance on the show, as she struggled post-divorce to make ends meet, so that could be a sensitive topic — and the still-in-progress Chateau is looking good, even though supposedly people in the neighborhood find it an eyesore.

At least, that's according to Kenya's "neighbors." Of course, as soon as NeNe Leakes left she show and she made up with Phaedra, Kenya Morgan was going to find a new person to clash with. And since she's now close friends with Marlo, who once got into a fight with Shereé on the famous Real Housewives of Atlanta Africa trip, a feud with her new neighbor just made logical sense.

The first RHOA Season 8 episode ends with one heck of a "To Be Continued" stinger, as drinks tenuously are almost thrown and the rest of the ladies try to keep blows from being exchanged.

But while I'm sure the season won't feature physical fighting in the first big party of the year, I am very invested in this new Kenya/Shereé fight for one big reason: this means that NeNe and Kenya have a common enemy. And while NeNe is no longer a cast member, it is rumored that she'll appear at some point on the show for a big surprise. So that means she'll have to choose sides between two of her biggest RHOA rivalries.