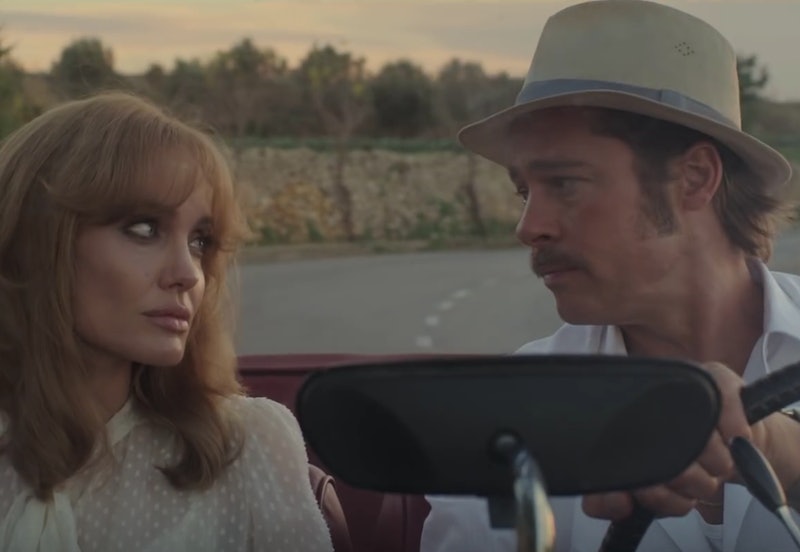 Brad Pitt and Angelina Jolie Pitt spent their honeymoon filming By the Sea, and given one look at the trailer, it's clear to see why. Rocky beaches and blue skies provides Jolie Pitt's third feature as director with a beautiful backdrop — a stand in for the South of France. By the Sea is writer-director Jolie Pitt's first time directing herself in a film, and marks the first time Jolie Pitt and her husband have shared the screen since Mr. & Mrs. Smith (2005). The film tells the story of a struggling married couple, Vanessa (Jolie Pitt) and Roland (Pitt), who travel to the South of France. There, they meet a younger couple (Mélanie Laurent and Melvil Poupard), and are confronted with the fragile state of their marriage. Not the kind of story one might want to explore on one's honeymoon. But, hopefully the beauty of the location where By the Sea was filmed made up for the tough work.

Pitt and Jolie Pitt traveled to Malta and the island of Goza, which sits in the Mediterranean, to film By the Sea . Malta might seem like the ideal place to spend a honeymoon, but it's also the perfect place to shoot a movie. The couple's film is hardly the first film to be filmed in Malta — in fact, Malta probably has more credits than the Jolie-Pitts combined. Here are just a handful of other popular movies filmed in the European country.

When Roger Moore was James Bond, 007 traveled to Malta to film extensive action sequences. Other Bond movies that were filmed in Malta include Casino Royale (1967) and Never Say Never Again (1983).

Ridley Scott's Roman epic propelled Russell Crowe into superstardom and used Malta as a backdrop for many of the "Roman" sets.

Malta provided the Greek backdrop for Troy (2004), the epic that also happened to star brad Pitt as the expert soldier, Achilles. Troy reportedly had a head start on the sets in Malta, building upon those created for Gladiator .

Captain Phillips took its shoot on the water, filming on a boat in the waters off the coast of Malta. Instead of filming most of the movie in a studio, director Paul Greengrass insisted on filming on a real ship sitting in the ocean.

Who would've thought this tiny country would be home to so many big movies?