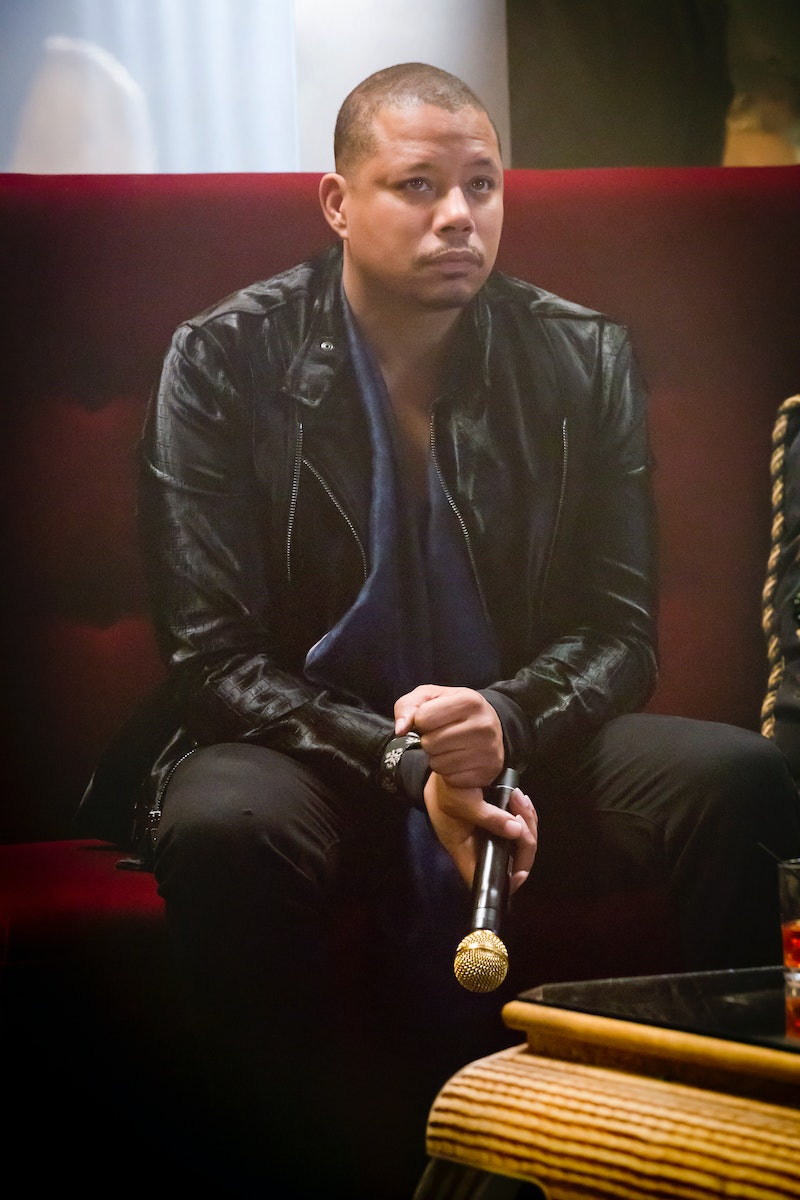 We've seen the Lyon family tackle many dangerous obstacles in the past, but now they're about to tackle every parent's worst nightmare: an abduction. That's right, folks — Hakeem has been kidnapped on Empire and as of right now it's still unclear who exactly was behind this atrocious act. (I always knew running was dangerous.) Ever since the creation of Lyon Dynasty, Cookie and Hakeem have been faced with two separate robberies, one of which Lucious himself was behind. But does this necessarily mean that Lucious is behind Hakeem's abduction? I think this may be the one time in his life where this Lyon patriarch is completely innocent.

Regardless of what you may think of Lucious, he really does love his family above everything else. Everything he's built and everything he's become has all been for the benefit of his children and their family legacy. So I doubt even he would stoop as low as to kidnap his own son. And given the promo for Wednesday night's episode, he seems just as worried about Hakeem's disappearance as Cookie. In fact, he even swears to his ex that, for once, this wasn't him who did this. And you know what? I actually believe him. (Words I never thought would ever come out of my mouth.)

I mean, even if Lucious would consider the possibility of using his own son as leverage against an opposing record label, he would make sure no harm would come to Hakeem in the process. And as we see in the promo, these assailants are not against using violence to make a point. Taking all of that into consideration, I'd say that the most likely suspect for Hakeem's kidnapping has to be the gang that threatened Tiana a few weeks back.

These guys were none too thrilled with the fact that the Lyons were setting up shop on their home turf and had warned them that if they didn't pay up, then they'd come to regret it. This could be their way of following through on those threats, which means Hakeem's life is in some serious danger. And if this was any other family, I would be worried. But we all know by now that nobody messes with the Lyons. Cookie and Lucious will not let Hakeem's disappearance stand for long. I have every confidence that they will retrieve him and payback (in full) whoever is responsible for this.

All throughout this season, there's been a war brewing between Empire and Lyon Dynasty. But if there was anything that was going to bring these two powerhouse companies together for the greater good, it would be this. Because no matter how much they may pretend to hate each other, this family is at their best and strongest when they work as a unite. So it'll be nice to see that dynamic come into play once more.