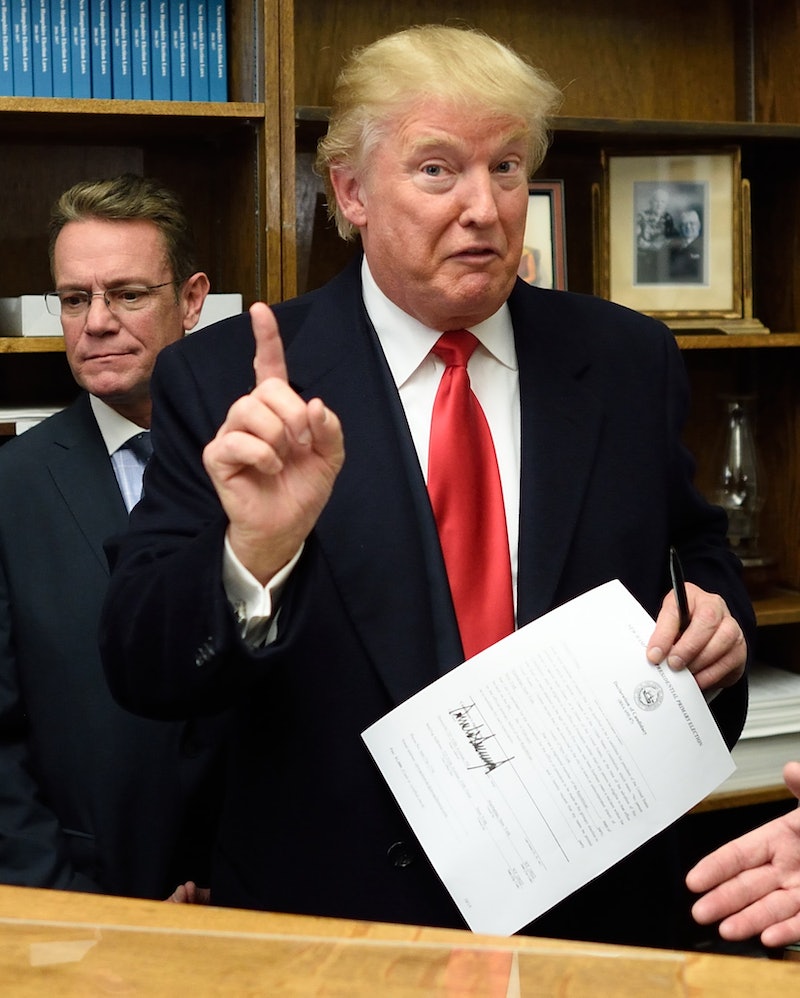 Well, it's almost that time again. Election time. When all the political shenanigans are shoved down our throats daily, even though we are still a year away from heading out to the polls to cast our votes. The one good part about the early political invasion has to be the abundance of amazingly impressive guests that choose to grace the Saturday Night Live stage. This Saturday, Donald Trump will be the one hosting SNL, so you literally can't miss it. But, how can you stream SNL to catch Trump being Trump?

The appearance by the controversial candidate has already been met with some heavy protests, so that's usually a good barometer of how intense, offensive, and probably inappropriate we can expect him to be. Luckily, Trump has already cleared the air by telling various news outlets that he doesn't care about people getting up in arms about his hosting gig because haters or no haters, SNL hired him for his ability to gain good ratings. The man knows his strengths, and one of those strengths is making people watch his circus.

Well there are a few ways you can catch the hilarity this Saturday if you don't have cable. Because let's be honest, can you really afford to miss Donald Trump attempting comedy? I know I can't, and you shouldn't either.

NBC has live streaming of various shows on their website. Saturday Night Live happens to be one of them that you can catch as it is airing or later when you get the time to check it out.

Head Over To Hulu

The great and powerful Hulu has select seasons of Saturday Night Live to stream, including the new episodes. You can sign up for a free trial and stream Donald Trump's appearance.

If you can't watch live, at least SNL will post some of their sketches online the next day! Happy viewing!