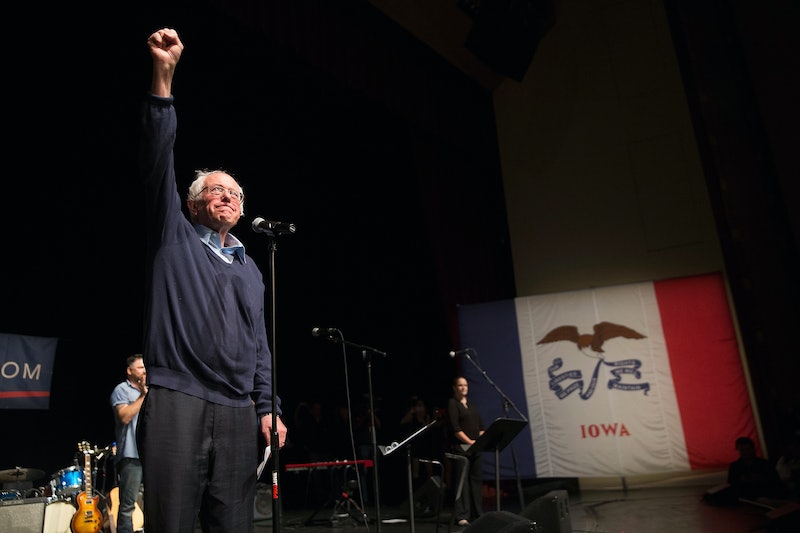 Saturday Night Live, in addition to being the most popular platform for sketch comedy in the world, is also a powerful political force whose sketches and political commentary can help shape public opinion. Donald Trump is hosting SNL on Nov. 7 and this season kicked off with a cameo by Hillary Clinton in its first episode, but there's another big player in the 2016 presidential election that has yet to make an appearance on Saturday Night Live and that is Vermont Senator Bernie Sanders. The show is an important political stop for most candidates (Obama visited the show right before he was elected president), but will Bernie Sanders make an appearance on SNL, too?

While no appearance is confirmed, it might not be a bad idea for him to stop by the studio. One of the most important qualities a politician can have is likability. While a good personality may not seem essential to the job description of President of the United States, it's difficult to stay on the good side of the American people if they view you the same way one would view an uncool step-dad. President Obama has utilized humor through working with Zach Galifianakis or Keegan-Michael Key to great success, and Sanders has similarly been dipping his toes into the pool of humor. Here's a few examples of Sanders' silly side that would make him a good fit for SNL.

During his visit to the The Nightly Show With Larry Wilmore, Sanders proved that he's more than capable of playing a comedic straight-man. In the face of Wilmore's increasingly absurd suggestions for his campaign, Sanders reacted honestly by pointing out the flaws of ridiculousness of Wilmore's ideas, but still playing along with Wilmore's comedic bits — including slumping over, putting on sunglasses, and playing dead à la Weekend At Bernie's. You've got to have a pretty solid sense of humor to play along with that, and it seems Sanders does.

When Sanders was speaking in Los Angeles, he brought out none other than comedian Sarah Silverman to introduce him. Many other candidates may not risk having someone so "outspoken" and "vulgar" introduce them, but Sanders clearly values authenticity above perception.

If the presidential election factored sarcasm into its nominees, Sanders would be an easy lock for the next President of the United States. Sanders had made a habit of live-tweeting during the Republican debates, and always manages to drop a few gems of absolute shade. If Sanders can bring this comedic voice to Saturday Night Live, he'll be a pleasant addition to any episode.

When Larry David debuted his now-legendary Bernie Sanders impression, the question that every new outlet wanted to ask was, "What did Sanders think of it?" The best response Sanders gave came during his visit to Jimmy Kimmel Live!, where Sanders put on a Larry David impression to say it was "pretty...pretty...pretty good!" Sanders has proven to have an ability to both poke fun at others, and accept when someone is poking fun at him.

Sanders' sense of humor makes him a perfect fit for Saturday Night Live, and as the primaries draw closer it grows more likely that we will see him make an appearance on the show. It will likely be a cameo appearance much like Clinton's, but it could be the cameo that introduces him and his brand of hilarity to an even larger audience!