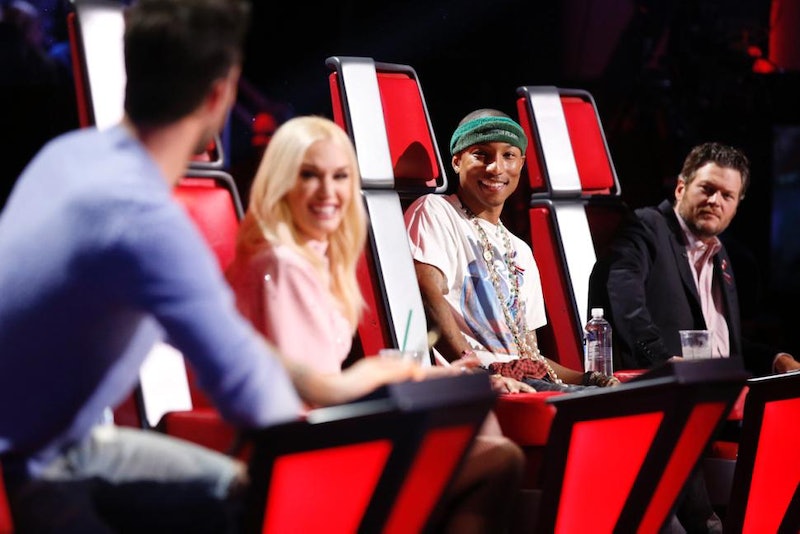 It's official: all of the flirting between Gwen Stefani and Blake Shelton on this season of The Voice has not been a figment on your imagination. According to Stefani's rep in a statement to Us Weekly, Stefani and Shelton are officially dating. As much as these two may have tried to keep their courtship a secret, it's been so obvious since the beginning of this season: The two recently divorced coaches on The Voice have spent the season in their respective chairs trying to keep their love a secret, but fans everywhere have watched it blossom over the last few weeks. Sure, it wasn't until the two were spotted at various Halloween parties together in late October that the rumors really started to fly, but for The Voice fans, it's been so obvious.

Even before they admitted officially that they are together, it was pretty obvious from the way these two coaches flirted slyly with each other. There was more blushing and passive aggressive jealousy exchanged between these two than I have seen in a while. Like, probably since middle school. Seriously, watching them this season on The Voice made me feel like they were giving high school hormones a run for their money.

OK, so this is a Tonight Show clip, BUT STILL. They can sing those songs all they want, but you can tell from their witty back and forth that turning that mic into a bottle is more than just a joke.

When They Got Super Close While Performing Together

I don't see Stefani getting as close to other coaches like she does with Shelton, do you?

These two are so adorably middle school right now, I can't even handle it.

When He Got Jealous Of Her Friendship With Pharrell 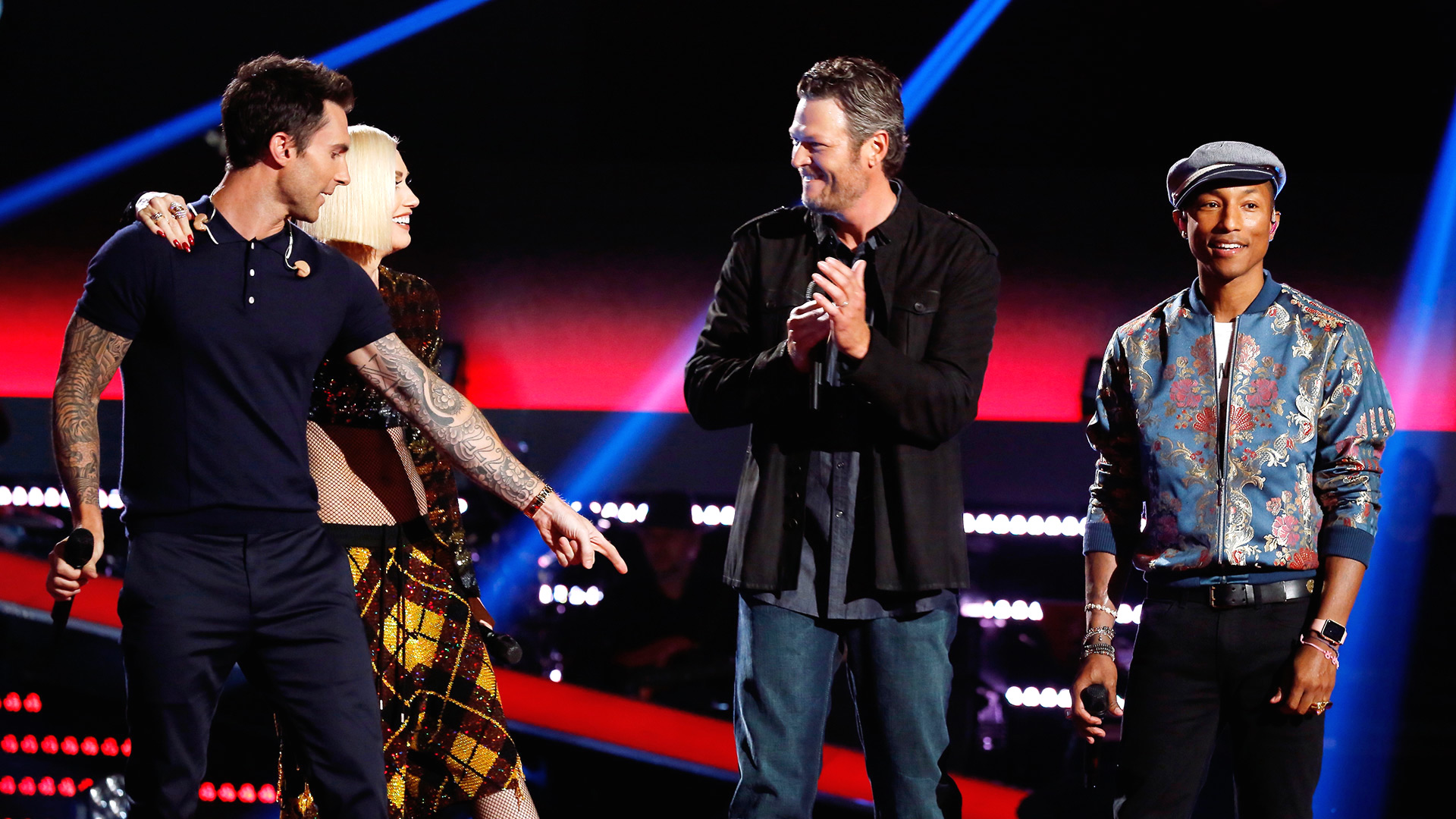 I know this started as a joke, but was it, perhaps, really coming from a place of pure jealousy?

When She Called Him Handsome

I don't know that every woman would find that detail charming. The fact that Stefani does might mean that they're more made for each other than anyone could have ever imagined.

I'm happy that these two have finally found love with each other. Their banter is too cute for them not to have.